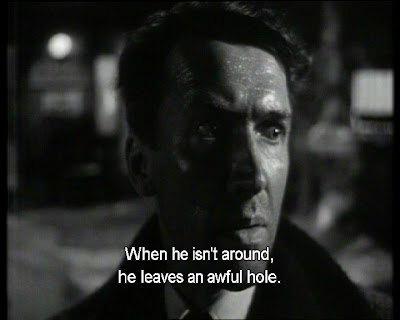 A feel-good drama with fantasy elements. Calling it a Christmas movie is a bit misleading I think.


Arguably James Stewart's finest performance, he has an effortless charm. Stewart plays George Bailey, a thin, skinny, well-meaning and selfless character, who has much responsibility. He grows up in Bedford Falls in Connecticut and dreams about leaving and exploring the world. At the same time, he feels duty towards the community. 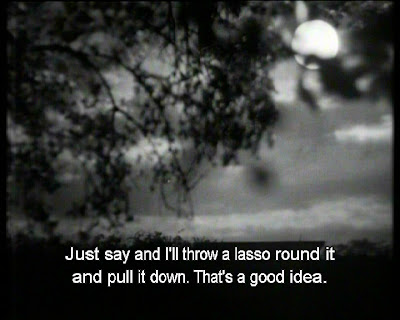 My favourite scene is between Mary and George Bailey after the party, where they talk about the future, and he promises to pull the moon down for her. 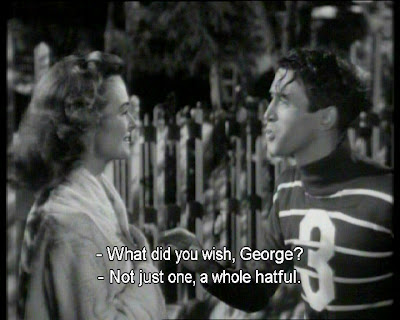 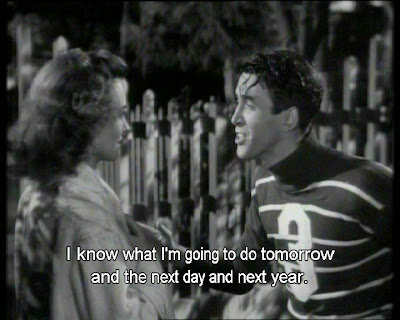 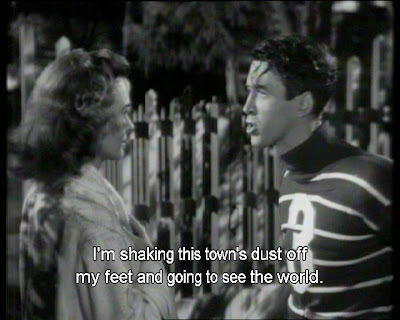 Much like The Shipping News (2001), it’s a film about community, and what that entails, pros and cons. George Bailey’s struggle of trying to get away from his roots, and if escaping would in fact be more meaningful or not? It’s A Wonderful Life is about how during our lives we touch many more people than we realize.
Probably one of the most uplifting and inspiring films ever made, about seeing goodness in others, and how our society could be better with less greed and more sharing. Placed number one on the American Film Institutes list of the most inspirational American films of all time.


Director Frank Capra: "I didn't even think of it as a Christmas story when I first ran across it. I just liked the idea." In a 1946 interview, Capra described the film's theme as "the individual's belief in himself," and that he made it to "combat a modern trend toward atheism."
David Lynch is a fan of the film, and thinks you don’t have to travel around a lot to get a lot of experiences. The way the world is, you can tap into feelings outside your environment. 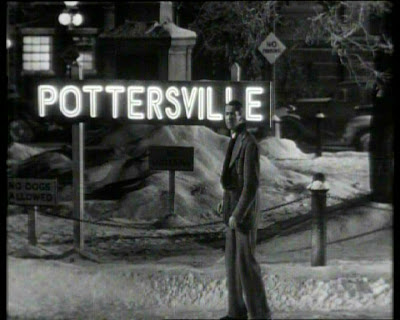 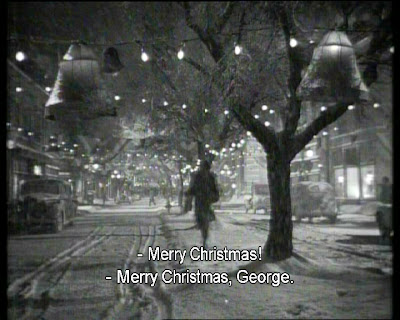 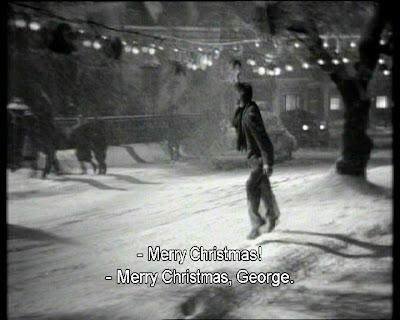 A bit of trivia. The original story "The Greatest Gift" was written by Philip Van Doren Stern in November 1939. After being unsuccessful in getting the story published, he decided to make it into a Christmas card, and mailed 200 copies to family and friends in December 1943.
The film was remastered in colour in the 1980s, I have to admit I stuck to the good old black and white original. Only after it lapsed into the public domain in 1973 and became a Christmastime TV perennial did it don the mantle of a holiday film classic.

As another reviewer writes, you'd have to possess a very hard heart not to find something to love in this story. I agree with film critic Roger Ebert that the conclusion of the film makes such an impact. A third reviewer writes: "Maybe it takes a filmmaker so fascinated with the American Dream to see how close it can be to a nightmare."

A heart-warming movie, but perhaps a bit over-praised for me. I found the film to have some very memorable scenes, particularly towards the end, and at the beginning, but slightly uneven and boring in the middle section. Still, highly recommendable, particularly during December and Christmas.

Readers, I'm curious to hear what you think, love it, hate it, let me know in the comments!