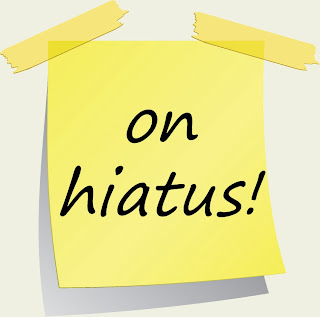 For various reasons, I need an extended break from the blogosphere, so that is what I'll do. I'm considering moving to a new place, I'm tired of living in a small flat, where I can't play music like I want to, and have to put up with noise from neighbours. I also have a stack of 50+ unread books, which I have neglected.

I'll probably still rate films on letterboxd, and will answer comments on previous posts. Just don't expect any new blog posts in the upcoming weeks. Commenting on other sites I'm taking a break from. I'll be back for year-end lists in December or January.

In case you're interested, I've compiled a list of movies I want to catch up on in 2014 and beyond.


In my absence, why not visit these other great film blogs, who also do monthly recaps:
Flixchatter
Inspired Ground
To The Movies And Back
I Love That Film
Lime Reviews
The Warning Sign
U, Me and Films
Surrender to the Void
The Cinematic Spectacle
Time Well Spent
Tips from Chip
Lights Camera Reaction
Let's be splendid about this
The Matinee (weekly recaps)

Email ThisBlogThis!Share to TwitterShare to FacebookShare to Pinterest
Labels: hiatus 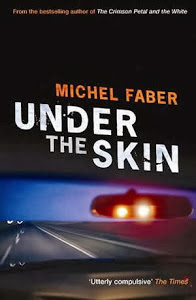 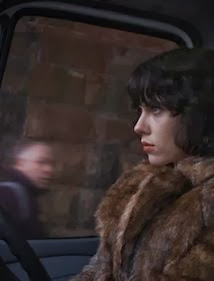 So I read the novel, because the movie adaptation with Scarlett Johansson premieres in 2014.

This is one book that you cannot really synopsize without giving it away so, I'll instead talk about the novel's premise.
Set in northern Scotland, there are elements of thriller, sci-fi, horror, the macabre, social commentary, and animal ethics. We perceive the world through the eyes of Isserley, an odd-looking, determined young woman, who at times seems alone, and at other times too busy to be lonely.

There is a spontaneous thrill about picking up hitchhikers, which the author taps into. For me, the best parts are when we meet the colorful characters whom Isserley picks up in her car. However to me the hitchhiker scenes do become a bit repetitive, and it feels like when the author doesn’t know where to go next with the plot, he adds another hitchhiker chapter.

Well-written and atmospheric. Perhaps the descriptions are too longwinded at times, but you realize there is a reason for this, because of the protagonist’s perspective.

Does a terrific job of preserving the mystery, that keeps you reading, to figure out Isserley’s actual agenda. The hitchhikers get “icpathua toggle”. The reader wonders what that is.

Even though mercy is an unknown word to her, and she is just doing her job, there are signs of guilt and tears. I cared about what would happen to Isserley.

The animal rights social commentary was thought-provoking, and it won’t encourage you to hitch a ride any time soon.
The ending was a bit of a cop out, though, and several threads lack payoff, where I feel the author took the easy way out.

The supporting characters Amlis Vess and Esswiss are very vague, perhaps purposely so. I felt they were not as memorable as the hitchhikers, and Isserley’s character.

Not for the squeamish. A bit too macabre and underdeveloped to become a favorite of mine, but an impressive horror debut novel, with a number of surprises. Shortlisted for the 2000 Whitbread Award.

If you are a fan of reading horror fiction, you should give it a go.

Favorite quotes:
P60: “This inability of some of the most superbly fit and well-adapted vodsels to be happy while they were alive was, for Isserley, one of the great mysteries she encountered in her job.”

P43: “When I was young I have travelled a lot in Europe with my parents. But I think, in a way, I saw everything through my parents’ eyes. Now, I want to see things through my own eyes”