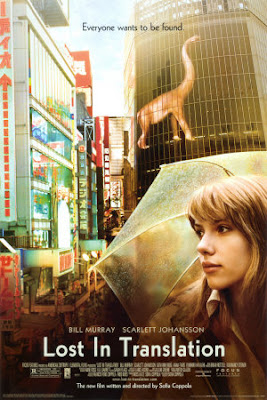 Bob Harris (Bill Murray) and Charlotte (Scarlett Johansson) are two Americans in Tokyo. Bob is a movie star in town to shoot a whiskey commercial, while Charlotte is a young recent graduate, tagging along with her workaholic photographer husband. Unable to sleep, Bob and Charlotte cross paths one night in the luxury hotel bar. Both of them feel trapped and ignored in their respective marriages. The two bond over their shared loneliness and insomnia, developing a close relationship during their short time together. Charlotte and Bob venture through Tokyo, having often hilarious encounters with its citizens.

Has been described as having a dreamy intimacy. Rottentomatoes actually calls it a mood piece. Sofia Coppola explains in an interview on Charlie Rose from 2003, that she spent time in Tokyo in her 20s, and there was nowhere like it, and the city made a great impression on her. She thinks it’s about those brief, memorable encounters in life that are not part of your ordinary life.

Lost In Translation is all about the feeling it gives me, dreamlike and atmospheric, with hazy music. The lighter scenes help shape the story into something memorable, as in real life we remember the funny, stand-out moments during our vacation. The soundtrack is one of my favorites of all time, and could be the reason I got interested in dream pop. You might think there would be more Asian music, there is surprisingly very little. Initially, I thought the plot was a little thin, on subsequent viewings and after reading more about the filmmaker’s intentions, I have grown to love it. In fact, for me, Lost In Translation is the most atmospheric film of the 2000s (that I have seen). The pensive moments say so much without any dialogue needed. A visual style all of its own, that you don’t see every day. Visually arresting, and that's often not true for indie movies with a limited budget and limited shooting schedule. Lost in Translation is a beautiful love letter to Japan. 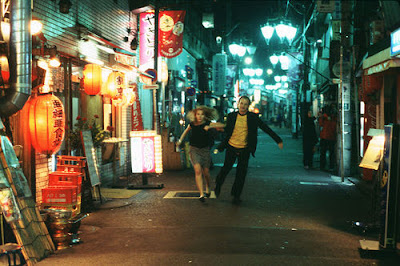 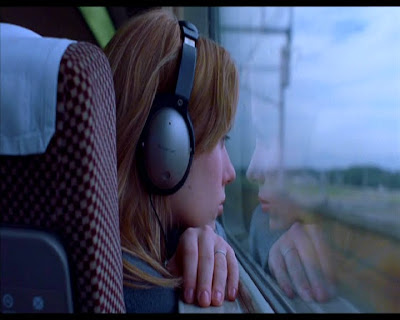 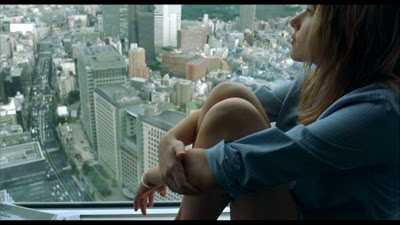 Bob (Bill Murray) and Charlotte (Scarlett Johansson) embark on a mutual experience in Tokyo of redefining themselves through a friendship, which transcends age, gender or physical appearance.
Perhaps we are not even seeing the city how it really is, but how the two main characters subjectively perceive it. Bob and Charlotte may already have felt alienated in their own lives due to their marriages, and being homesick in Tokyo just enhances this feeling of not belonging and feeling lost. The Charlotte character poses the kind of questions that you ask yourself when you’re young. Everybody knows what they’re doing, and who am I? 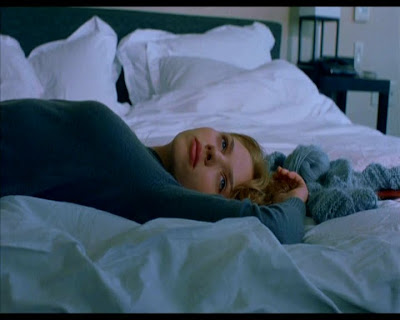 The title of the movie is a reference to a definition of poetry by American poet Robert Frost: "Poetry is what gets lost in translation". The concept of "lost in translation" occurs throughout the film with a number of meanings. For example, filming the Suntory whisky commercial, a director speaks several long sentences, followed by a brief, inadequate translation from the interpreter. 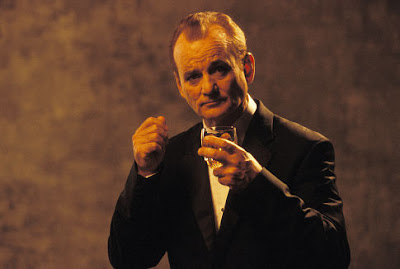 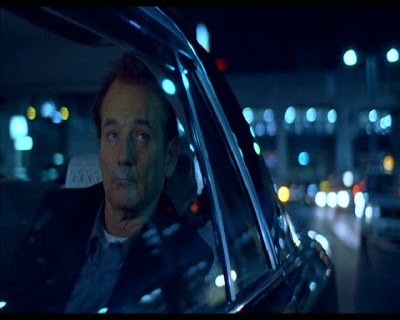 Will appeal to anyone who has felt out of place, confused, or alienated in a foreign country. A very stylish and modern film that many travelers no doubt will identify with. The story is about how long-distance travel affects you, how you deal with being in a foreign environment. Everything feels unnatural for Bob and Charlotte, so it feels safe to be in the company of someone from your own native country.

I think the message is, that maybe you will never discover what the meaning of life is, and why you are on this earth, but then it’s good to at least share this feeling with someone, comfort one another, and know you are not alone with these feelings. Film critic Roger Ebert describes the film in his review: "Lost in Translation, which is sweet and sad at the same time, it is sardonic and funny. (…) Funny, how your spouse doesn't understand the bittersweet transience of life as well as a stranger encountered in a hotel bar. (…)They share something as personal as their feelings rather than something as generic as their genitals.”

The film was also criticized, according to one reviewer: the Japanese are not afforded a shred of dignity. The viewer is sledgehammered into laughing at these small, yellow people and their funny ways. 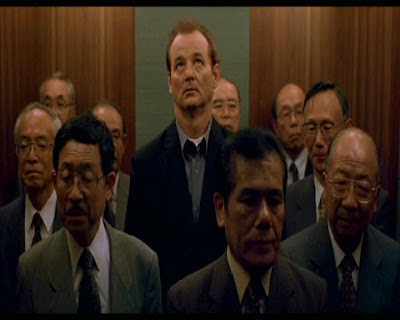 Refreshing we get to see a friendship which is not sexual, but is built on a deeper understanding. Some have compared the story and visual style of the film to the Hong Kong film In The Mood For Love (2000), which also features platonic love, where a man and a woman don’t get involved sexually, because they don’t want to end up like their husband and wife, and the couple are in a way isolated from the outside world by only having each other. If you remember, Sofia Coppola thanked director Wong Kar Wei at the Oscars in her acceptance speech, when she won for best screenplay. 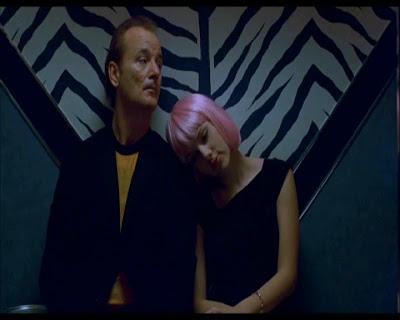 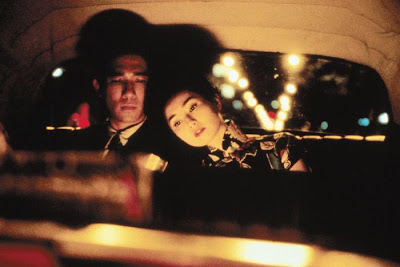 I wouldn’t call the relationship a romance, for me it’s more about a friendship. Niels85 argues it’s a romantic film: “there is no doubt in my mind that they were in love, they just never acted upon it because, deep inside, they respected each other too much and they knew that it would never work in the long run. Both were married and even if both relationships are failing, they are still trying to make them work. This is just part of the internal conflict inside of Scarlett and Bill Murray that was so interesting to watch. Even if you do think it was a friendship, at the end of the day they kissed, quite desperately, and you can argue there’s no purer love that the one between true friends.”

The director was asked in an interview for Screenwriter's Monthly, is this movie a romance? Sofia Coppola: “Well, I think it’s romantic in feeling. It’s not really a romance. It’s, I guess, more of a friendship. But I like those kind of relationships that are sort of in between and that you do have these memorable relations with people that don’t ever become a real thing.”

On Charlie Rose in 2003, Scarlett Johansson talks about her character Charlotte, “She needs him (Bob Harris), to help her get through her midlife crisis as a 24-year-old. (…) She is going through the same thing (as Bob), and it kind of inspires her to move away from it.”

Lost In Translation won an Oscar for Best Original Screenplay in 2003. It was also nominated for Best Director and Best Picture, but lost both to The Lord of the Rings: The Return of the King.

Bill Murray was also nominated for Best Actor, but lost to Sean Penn. I don’t know if Bill Murray should have won the Oscar, he is funny, but just playing himself again, I think.

Have you seen the film yet? Let me know what you think of Lost In Translation in the comment box below!

An interview with Sofia Coppola, for Screenwriter's Monthly
Posted by Chris at Sunday, February 19, 2012