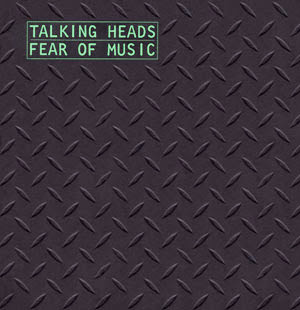 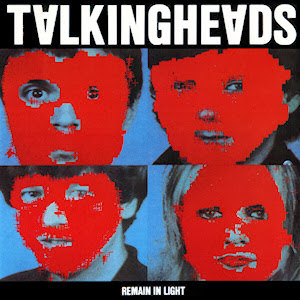 Album: Remain in Light (1980)
Thoughts: The album has been called inventive and influential, and is strong all the way through. Has a terrific multi-layered soundscape, danceable, and fast-paced, but quite exhausting to listen to in its entirety, even if only 40 minutes long.

Favorite tracks: Born Under Punches (The Heat Goes On), Once in a Lifetime, Listening Wind

Favorite lyric:
“Oh, I’m changing my shape,
I feel like an accident”
“Sometimes the world has a load of questions
Seems like the world knows nothing at all
The world is near but it's out of reach
Some people touch it...but they can't hold on.”

Any thoughts on the music? Have you listened to the Talking Heads? Or are you new to the band as I am? 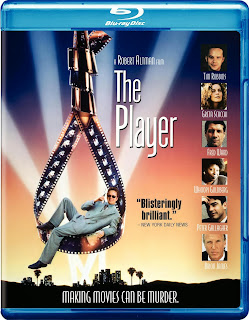 By acclaimed auteur Robert Altman. Considered among his best efforts as a director, which made it a good choice for Ryan McNeil's 2014 blindspot series blogathon, where I watch a film each month that I have never seen before.

There’s plenty of wink wink going on to other films. If you are a movie buff, there are lots of movie references you may recognize. The opening with no cut is similar to Orson Welles’ opening in A Touch of Evil (1958). Not particularly subtle, truth be told, as Welles’ film is mentioned in the dialogue.
Other films mentioned are Hitchcock’s Rope (1948) which was edited so as to appear as a single continuous shot, Bertolucci’s The Sheltering Sky (1990), and Julien Temple's Absolute Beginners (1986), which likewise used no cut techniques.
Classic films from the past show up in the story, Bicycle Thieves (1948) is playing at the cinema the main character (Tim Robbins) visits. Or on movie posters, Laura (1944), and other posters are in the background. 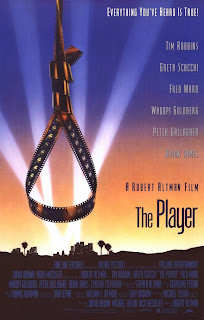 I feel the constant barrage of cameos and movie posters appearing becomes a bit tiresome. What is Robert Altman trying to say? To show how film history influences today's cinema? Does he want to pay homage to these classics, and encourage us to watch them? Is he showing off that he was able to get all these actors to do cameos? You could argue that "spot the cameo", and spot the movie reference, is a distraction, yet is also part of what makes the story unique.

If you take away all the references, what remains is a crime story, a budding romance, and a satire about the greed and lack of risk taking in Hollywood. An industry that encourages “safe” and "formulaic" mainstream movies that generate profit, and maybe that’s why Altman chose to have an excessive number of stars in his film, to make a joke about it’s the big names that make us go see the new movies, rather than the content. It poses questions like, is Hollywood really like that? Do we the audience want to support this type of greedy money making machine? Where is the art and originality in movies, if we know what the ending is going to be, before we even sit down to watch? Can art and risk survive in a commercial buisness based on profit? The Player is about what it's like to work in that industry. 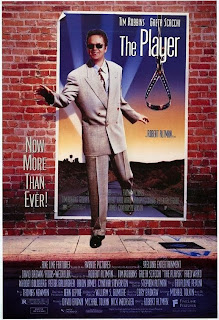 Some critics would probably call it a post modern film, a new thing built up in the form of ideas from other movies. From this, Altman creates a parody, which both mocks and celebrates Hollywood.

I could appreciate Altman made a different kind of film, which defies genre placement. It’s mildly entertaining and never boring. However I didn’t really care for any of the characters. For me, what makes it tough to have an emotional attachment to the characters is Altman is so concerned with the background references. It was like the meta elements of film about film was the main focus.
It's possible Wes Craven's Scream (1996) could be placed in the same category of postmodern films, which understands both the audience (and characters) have a knowledge of film history, embraces that fact, and runs with it in an ironic way. 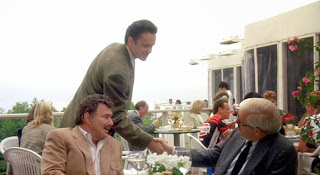 Altman’s films are known for the dialogue heavy approach, and ensemble casts, and The Player offers more of that. I liked it, didn’t love it. I'm convinced that it's a film where you notice new things on each rewatch, and it probably should be watched in a different way than other movies.
The Player is the opposite of the formulaic movie, a complex story that can be interpreted on various levels, and over the years, reviews, articles and books have attempted to decode its mysteries. The Player promotes discussion, and I think that was Robert Altman's goal.


Agree or disagree? Have you watched The Player? Which are your favorite Robert Altman films?
Posted by Chris at Wednesday, February 19, 2014 16 comments: 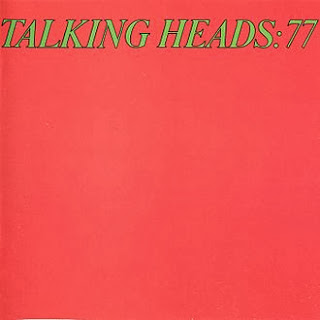 Thoughts: Psycho Killer is the key track, but there are other good tracks too, which I hadn’t heard before. I have to admit I prefer the inventive sound production and lyrics, more than David Byrne’s vocal.

Favorite lyric:
“Here come a riddle, here come a clue,
if you were really smart, you'd know what to do” 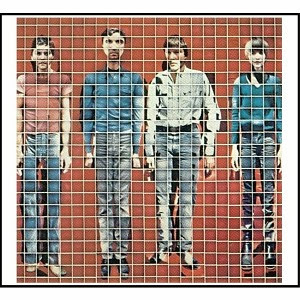 Thoughts: Lots of catchy riffs, but no big hits.

Favorite tracks: Found a Job, Artists Only, Take Me to the River (Al Green cover), The Big Country, Thank You for Sending Me an Angel

“Add the will to the strength, and it equals conviction”


The band released eight studio albums between 1977-1988. Any thoughts on the music? Have you listened to the Talking Heads? Or are you new to the band as I am?
Posted by Chris at Saturday, February 15, 2014 7 comments: 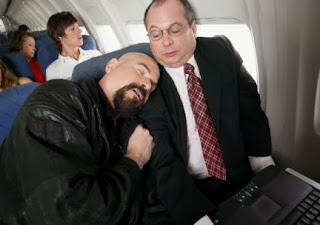 Know the feeling when someone stands too close to you on public transport? I had that happen yesterday waiting for the train door to open, and you just want to get away, but without being rude to them. It's not an easy situation to be in, as some people don't even think about standing next to you. It could be a sign of affection or interest, while for others it's uncomfortable. The video had me laughing, and nodding in approval, and realizing that just maybe I'm not alone with this feeling. Perhaps those who watch will have an epiphany, and learn to respect people's boundaries.

Email ThisBlogThis!Share to TwitterShare to FacebookShare to Pinterest
Labels: Sitting Next to People 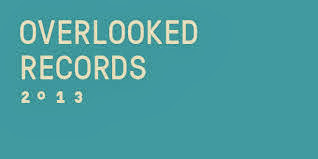 
A Tooth For An Eye by The Knife


Everything You Wanted by Clubfeet