Tonight is Halloween! I'm back to share my observations on the horror films (or films with horror elements) that I have watched so far during 2016. A word of warning, minor plot spoilers may occur. Hope you enjoy reading my journey through the classics and lesser known gems! Have you watched any of these? Agree or disagree? Will you be watching a spooky film this evening? 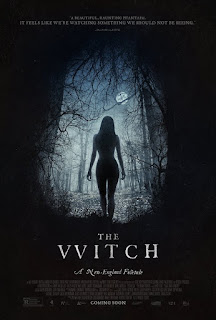 The Witch (2015) (Robert Eggers)
I really wanted to like it, and I admire they went for something we don’t see every day. A great premise with the setting and old language. Each frame looks authentic, but a forgettable story. Passable yet not as great as the hype indicated. Didn't get under my skin which the best horror films do. Maybe I was expecting to be shocked and scared, which didn’t happen at all.
6.5/10 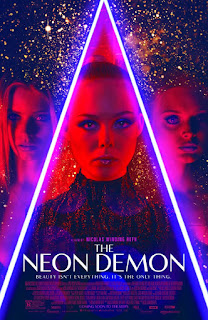 The Neon Demon (2016) (Nicolas Winding Refn)
**Spoiler free review** Best film of 2016 so far. I love the colors, the Cliff Martinez score, and overall atmosphere. My god that ending. I've never seen anything like that before in my life. On one level I admire the imagination and guts, on another level I felt sick to the stomach which never usually happens to me. You may require a barf bag. I can't erase those images from my mind and wasn't able to sleep properly that same night. If a movie can provoke that kind of reaction it must have some merit. A cautionary tale about the dangers of modelling and fame seeking.
8.5/10 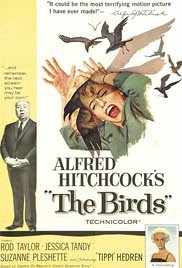 The Birds (1963) (Alfred Hitchcock)
Tippi Hedren is beautiful although I must admit she has an annoying nasal voice. The story is well-told and unsettling, because bird attacks could happen. The bird sound effects work well and particularly believable is the first bird attack at the birthday party. And it’s not just the attacks that are chilling, Hitchcock also generates suspense from moments when the birds gather in flocks and the townspeople walk by anxiously. Jessica Tandy is effective as the possessive mother to Mitch. According to a recent interview with Tippi Hedren real birds were used when she is trapped in the house. Yikes. People go on about that the special effects are laughably dated, but I'm not one of the naysayers. A masterpiece.
9/10