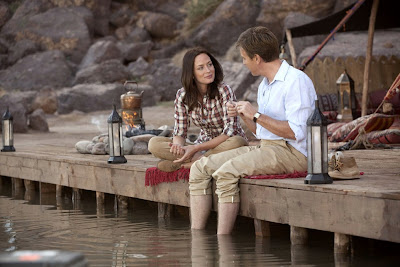 Salmon Fishing in the Yemen (2011). Directed by Lasse Hallström who is known fo his warm-hearted films. One of my anticipated releases of spring 2012, out in March in US, April in UK cinemas. Looks strangely indie yet mainstream at the same time. I can't remember if Ewan McGregor has ever played a geek before? Cool to see him as a nerd for a change, I wonder if that will be believable? Readers, any thoughts on the trailer?