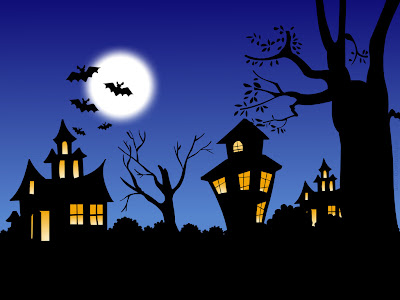 Here's the first entry of my horror marathon. I managed to watch a big chunk of the horror films on my list, so I decided to divide my collection of mini-reviews into 3 posts, to be published during the end of October.

By the way, if you are not into horror, check out October's other mini-reviews, you might have missed. (link).

Scores of 7.4 or above are recommendations. I've tried to write mini-reviews without spoilers: 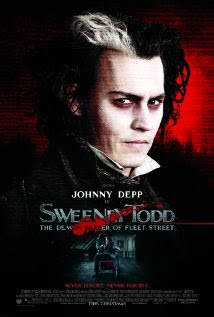 Sweeney Todd (2007)
The idea of horror and musical I was new to. Very well-performed, but I personally don't like the concept, and I think it was waaay too long at two hours. I'm not really a big fan of musicals. Depp is an excellent singer, better than Helena Bonham Carter is, anyway. After an hour I was bored with this one. The only surprises were in the last 5 minutes. All style and no substance.
I thought about giving it a very low rating, that would be unfair. Points for atmosphere, risk-taking, and singing. I like Tim Burton, but Sweeney Todd is simply not for me.
Rating 6.8 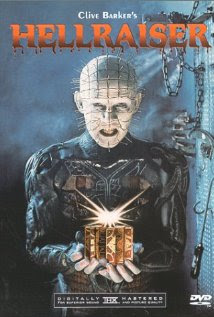 Hellraiser (1987)
Haunted house movie. Started out promisingly, quickly goes in a weird direction. It is quite entertaining, original and memorable. The pinhead character on the poster doesn't feature as prominently as I was expecting, he receives 15 minutes of screen time tops. That means when he does appear, he is all the more watchable.
A couple of minor things bothered me. Why doesn't she just go to the blood bank? Why do some characters speak British and others with an American accent? Never seen any of these actors before. There are a few well-made scenes, even though the special effects are not the greatest. Worth a watch, if you like horror, despite being unintentionally funny at times.
Judging from the trailer of the 1988 sequel, part 2 reveals things that are only hinted at in the 1987 original.
Rating 7.4 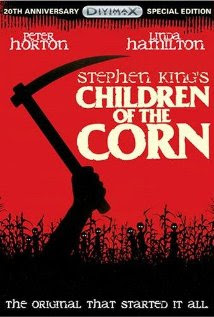 Children of The Corn (1984)
Adaptation of a Stephen King short story. Corn fields are really scary, because you can't see who's hiding in there. You have to ask yourself, what pushes these children to do these things? A 'what if' scenario.
Seems to be popular to hate on this film, I was entertained and definitely not the worst horror film you'll see, but I would have given the film a higher score, if it hadn't included a tonal shift for the last 20 minutes. There was really no need for that, and deserved a more mature conclusion that fits with rest of movie. Stephen King, I'm blaming you. King didn't like the movie adaptation.
Rating 6.5 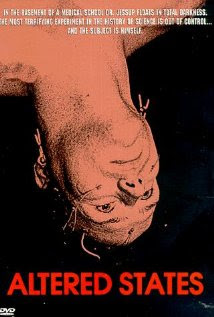 Altered States (1980)
A smart, dazzling, and intense horror film directed by Ken Russell, starring William Hurt as a scientist obsessed with discovering mankind's true role in the universe. Both the novel and the film are based on John C. Lilly's sensory deprivation research conducted in isolation tanks under the influence of psychoactive drugs like ketamine and LSD.
A love it or hate it kind of deal, I thought it was overwhelming and captivating. The highlights of the film are a handful of stream-of-consciousness scenes, very imaginative and totally batshit crazy! The stargate sequence in 2001: A Space Odyssey is the best comparison I could come up with. Also there is a segment in the zoo which is very memorable.
To me, what holds Altered States back from being a masterpiece is the familiar path of taking an experiment too far, and that's been done before.
Favorite quote: "She prefers the senseless pain we inflict on each other, to the pain we would otherwise inflict on ourselves. But I'm not afraid of solitary pain".
Rating 7.8 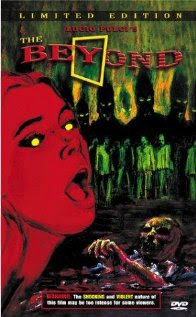 The Beyond (1981)
Dubbed in English, my first foray into the world of Lucio Fulci, Italian horror director. Many have called this his best film and named it a cult classic. I was left with more questions than answers. Why does this guy keep shooting at the body of zombies, when he knows they only die from head shots? Why are the police not called? The story doesn't make sense, maybe it's a nightmare? Why doesn't the guy move when he sees the spiders are crawling on him? Who knocked over the acid onto the woman in the morgue? It is suspenseful, atmospheric, and genuinely creepy. The gore-filled murder sequences are at times unwatchable, especially the spider eating a guy's face. The effects are well-done, but I personally prefer a more restrained approach to horror that has more characterization. The gore genre is more about the effects than the characters. Was quite enjoyable, though.
As another reviewer writes, the cast are just there to be killed in various gore soaked ways. The film has a haunting ending, which stays with you.
I just wonder if the problems I had with the inconsistencies of the story were intentionally dream-like illogical situations, or simply sloppy filmmaking? Either way, mandatory viewing for any horror movie fan.
Rating 7.5 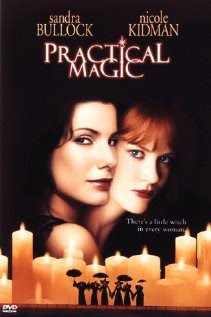 Practical Magic (1998)
I don't even know what genre this is, fantasy? Didn't win me over, probably more of a girl movie. Besides Nicole Kidman's boyfriend trouble, there was little else to latch onto.
The very loose structure of the plot will not appeal to all, perhaps this is exactly what the fanbase like about it.
The soundtrack to me often felt out of place. Reportedly cost $75 million, what did the budget go towards?
Rating 6.2 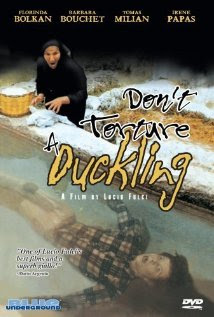 Don't Torture A Duckling (Non si sevizia un paperino) (1972)
Italian giallo film dubbed in English. (giallo=crime fiction and mystery)
At first, the narrative shifts about a lot, so tough to get to grips with. Basically a whodunit murder mystery with many potential suspects.
The music is quite eerie and creates a sense of dread.
There is one nasty torture scene involving chains, and one other body horror scene, but overall not as gory as director Lucio Fulci's later zombie films.
Quite involving, and keeps you guessing to the end. The focus is on storytelling, and to a lesser extent on gore.
Rating 7.5 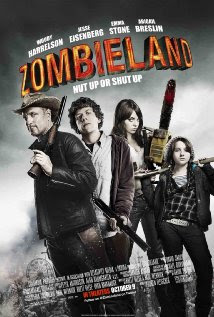 Zombieland (2009)
Quotable horror comedy. Love the early part of the film, worth it for that alone. Does become less and less funny after the 40 minute mark. Bill Murray cameo wasn't as effective as it should have been in my opinion. You care about the main characters and their survival. Enjoyable, light entertainment. Not really scary, because tongue-in-cheek. The rules on how to survive the zombie apocalypse was a fun idea. Cult classic potential.
Favorite quotes: "This woman could have avoided becoming a human happy meal"
"You are scary happy..."
Rating 7.5 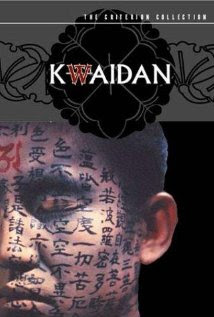 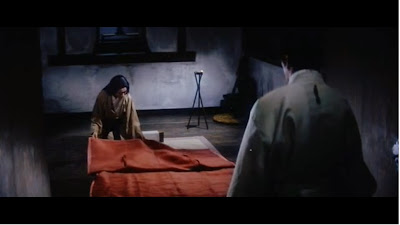 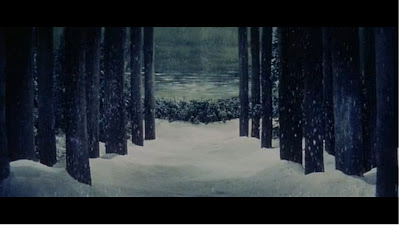 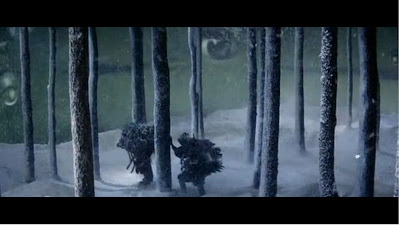 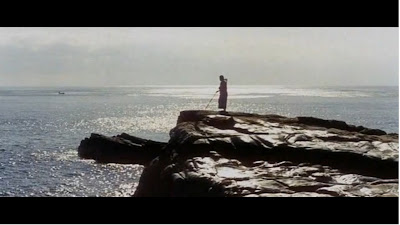 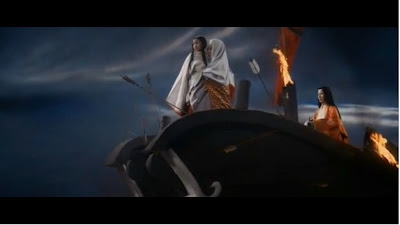 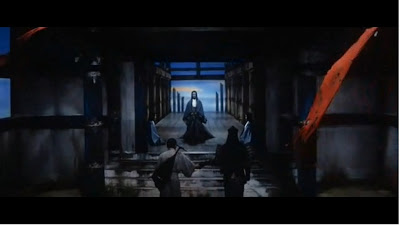 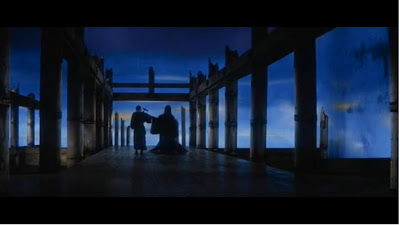 Ghost Stories (Kwaidan) (1964)
Atmospheric and colorful. Surprised I'd never heard of it until recently. Above are a selection of beautiful screenshots from the film. An anthology of four fantasy/horror stories that have a timeless quality, and a slow building tension. Based on Japanese folk tales. My first thought, is this horror, or a Samurai movie?
The stories are not connected, and each makes you think. My favorite was the tale in the snow. A couple of the sunsets look like background set pieces, which took some of the magic away for me, but mostly the film is gorgeous to look at.
I don't think it succeeds as horror (and I'm not even sure it was attempting to be frightening?), but it definitely is a one-of-a-kind experience I recommend.
Won the Special Jury Prize at the 1965 Cannes Film Festival, and received an Academy Award nomination for Best Foreign Language Film. Part of the Criterion Collection.
Rating 7.9

Agree or disagree? Have you watched any of these? Which horror films did you see this month?