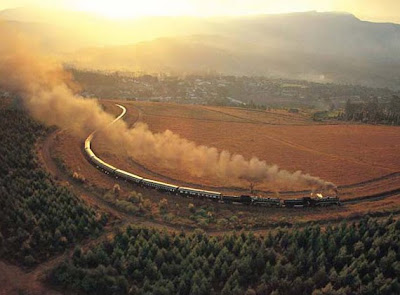 This is an above average made-for-TV-film. A gem. Only 80min, but with a lasting impact. Produced by the BBC.

The story follows a group of strangers on a train journey in Germany, we get to know especially a British 30something man and an elderly woman. The film is a character study on people from different generations. Dramatic and thoughtful, I highly recommend this film, it has aged well and can easily be rewatched. Goes to show you don't need a huge budget to make something memorable. You can watch the whole thing on youtube.

I’ve always loved films involving trains, on a personal level because my parents met for the first time on a train. Maybe this is why Before Sunrise (1995) is a favourite of mine.

I like how strangers can strike up a conversation on the railway or relax and read a book without having to worry about keeping an eye on the road. A great way to travel, long old style journeys like in this one seem to be less common these days with cheap flights. Although some still travel Europe by train with the interrail.

Readers, any other train movies you can think of? Let me know in the comments...

Email ThisBlogThis!Share to TwitterShare to FacebookShare to Pinterest
Labels: Caught on a train, Film review