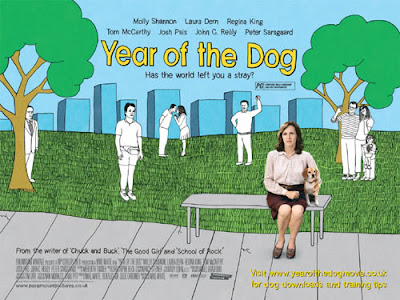 A film for dog lovers, but also other people can enjoy the story, as it among other things is about finding yourself and finding a partner in life etc. But I would say animal lovers are the primary audience.

The development of the main dog-loving character and the other character's reactions were interesting to watch.

The good thing about the film is it's not limited to only showing one side of the theme, but tells us about animal lovers AND animal haters. Also character's who are neither for nor against animals. It's a touching and caring little independent movie.

I think you will like animals more than you did before you saw the movie. The story felt a little contrived in places, which is my only criticism.

It feels like an Alexander Payne movie to me, so if you like his movies, I think you will like this one as well. The soft colours in the background reminded me of Dummy (2002), another indie gem in my opinion.

Director/screenwriter Mike White was screenwriter on a few episodes of the acclaimed and popular 1999 TV-series 'Freaks and geeks', which was given an average of 9.5 out of 10 by 12000 voters on IMDB.

Let me know what you think, if you decide to watch it ( :