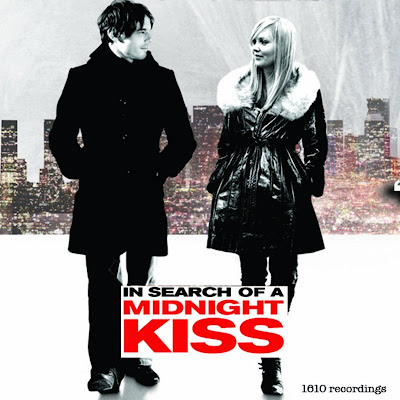 Another independent picture I like, I saw it because I heard it was similar to one of my favourites Before Sunrise. ‘In search of a midnight kiss’ is mostly a guy and a girl on a date walking around the streets talking about this and that. So I thought, this must be my kind of film. It didn’t matter to me it slightly ripped off the concept from Linklater’s movie, as the conversations were totally different.

I thought it was better than your typical romantic comedy. What lifts this film is the dialogue, which is funny and original. Oh, and another thing, the woman on the date is seriously good looking ( :

Apparently made by the producers of Before sunset and Dazed & Confused according to the trailer. 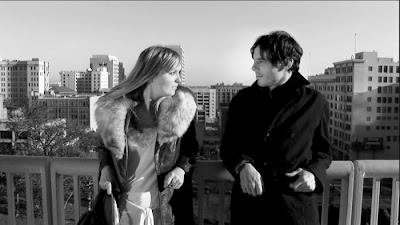 I don’t get why it was filmed in black and white, though. An attempt to be "cool", like a Jim Jarmusch movie? You can probably sense I’m not a fan of Jarmusch. Actually, I think Jarmusch and Wes Anderson are two of the most overrated independent directors currently working today, their movies are so boring in my opinion, I gave up midway through a number of them, though I would admit 'Ghost Dog' is a gem, and a couple of segments in 'Coffee and Cigarettes'(2003) were good. I'm sure many disagree and love Jarmusch & Wes Anderson, but they are not for me. A little off topic, I know, but what the hell, it's my blog, I can write what I want ( :

‘In search of a midnight kiss’ is directed by Alex Holdridge and stars relative unknowns. I like what rotten tomatoes said: it has a heart and a brain.

Any thoughts on the movie, readers? If you decide to watch it, let me know what you think ( :

I have to warn you, the trailer gives away a lot:

Email ThisBlogThis!Share to TwitterShare to FacebookShare to Pinterest
Labels: Film review, In search of a midnight kiss, Independent films