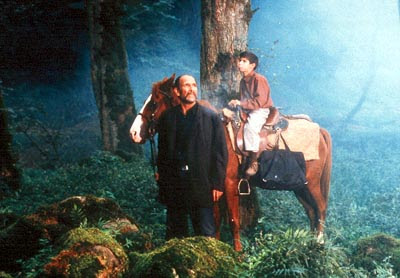 I saw it with English subtitles, in Iranian it’s called ’Rang-e khoda’.

This is one of my favourite foreign language films, ever! It has one of the most moving, powerful and thought provoking endings I have ever seen! You can easily watch the dvd several times.

I liked the characters, cinematography and the haunting music at the end. The main character being blind and Iran being so beautiful is ingenious. You see Iran in a different light, I think. I for one didn't know it was such a beautiful country. I like the title of the film as well, which is clever. Perhaps the viewer appreciates the scenery more, because the boy can't? You see that Iran is more than just a desert. People on IMDB claim this movie was filmed in Northern Iran, near the Caspian Sea, where it's very lush and green.

The relationship between father and son for me carries the movie and is psychologically interesting.

I would say it's suitable for all, though many might be put off by having to read subtitles.

I saw a couple of other films by director Majid Majidi with high ratings on IMDB, ’The Song of Sparrows’(2008) and 'Children of heaven'(1997), they were both well-crafted Iranian movies, but for me lacked the ambiguous ending of 'The Color of Paradise'.

All three of his movies I’ve seen are sort of innocent, family type movies.
The Color of Paradise got 7.7 /10 on IMDB and 87 % on RT 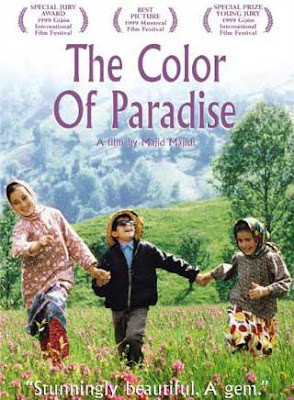