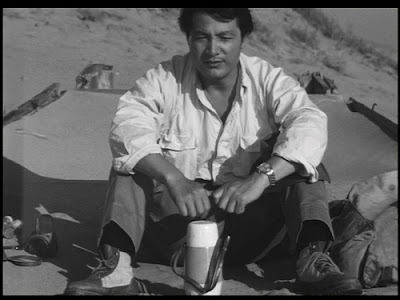 According to several sources one of the best Japanese movies of all time. It was an art house sensation. Directed by Hiroshi Teshigahara. The original Japanese title is 'Suna no onna'. It seems like many of the films I'm recommending could be on the IMDB top 250, but aren't.

I read Kobo Abe's novel, the book and movie are more or less identical, I thought. The story is an existential allegory, a man stranded in the desert, who is trapped in a hollow where a woman lives. There are many possible interpretations, one being that men in general cannot escape women. I really enjoyed it, it felt like a cross between Indiana Jones and Lars von Trier's Antichrist. I have added it to my favourite films. It's a foreign language film, so it has English subtitles. I suggest you go into the film knowing as little as possible about the story. I also watched Teshigahara's Pitfall (1962)(in Japanese: Otoshiana), which I also thought was quite interesting, but maybe not having the same depth as Woman in the dunes. 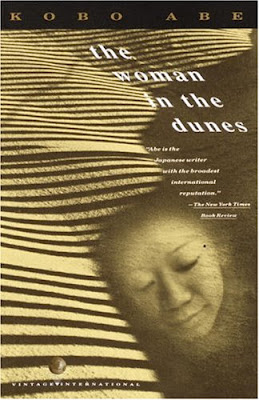