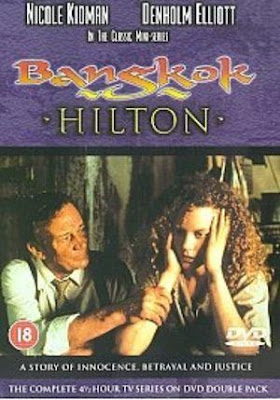 I watched and liked this four-hour Australian mini-series, I remembered my parents enjoying and talking about it when I was a kid. Exciting, good story, one of Nicole Kidman’s best acting performances in my opinion, she was very well picked and believable in the role of an inexperienced young woman.

The middle part was a little boring, but the series has a nail-biting ending. The whole story is a character builder for all the main people involved. The mini-series surprisingly hasn’t dated much, it held up and still felt fresh, maybe apart from the music and haircuts, which were pretty 80s/early 90s. Strange to see Hugo Weaving in such a normal part, as I knew him as larger than life Agent Smith in The Matrix. 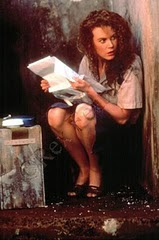 It has an impressive rating of 8.0 on imdb