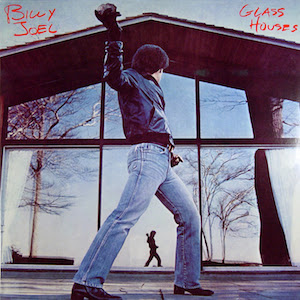 Album: Glass Houses (1980)
Thoughts: More rock orientated than his previous releases. I wasn’t that keen on the direction he took with this album, but it was well-received by audiences and critics alike.
Favorite tracks: You May Be Right (a rock n roll song, the intro sounds like 1992's Friday I’m in Love by The Cure)
Don’t Ask Me Why (a mellower track, I like the melody)
It's Still Rock and Roll To Me 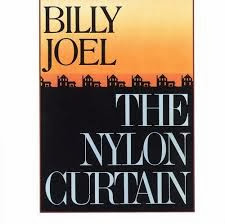 Album: The Nylon Curtain (1982)
Thoughts: My second favorite Billy Joel album. (The Stranger from 1977 is my favorite)
The album is among Joel's most ambitious, and Joel has openly acknowledged that it's one of his personal favorites. Critics have interpreted the album to be, in part, an homage to the music of The Beatles and John Lennon.
Regarding the album's themes, Joel has stated "It was during the Reagan years, and the diminishing horizons in America at the time [meant that] all of a sudden you weren't going to be able to inherit [the kind of life] your old man had."
This pessimism about the American dream, in Joel's view, permeates most of the songs on the album. The song "Allentown", which brought attention to the plight of America's declining steel industry.
Favorite tracks: Allentown, Laura, Pressure, Goodnight Saigon, Scandinavian Skies 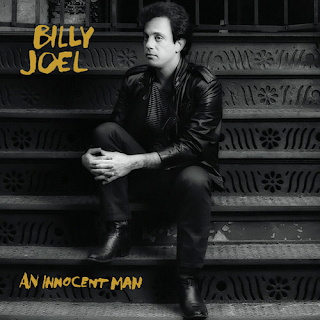 Thoughts: I didn’t enjoy the album, which to me is unintentionally funny, in terms of how it sounds.
The album is a tribute to the American popular music of Joel's teenage years with Joel paying homage to a number of different popular American musical styles from the late 1950s and early 1960s, most notably doo-wop and soul music.
In an interview about the making of the album, Joel talks about how at the time he was recording An Innocent Man, he was newly divorced from his first wife, Elizabeth Weber, and was single for the first time since achieving rock star status. So he had the opportunity to date supermodels like Elle Macpherson and Christie Brinkley, and because of these experiences, he said, "I kind of felt like a teenager all over again.”

Favorite tracks: Uptown Girl is an 80s classic, and hard to ignore.

Have you listened to the music of Billy Joel? Or are you a newcomer to the music as I am? As always, comments are welcome. Next week part 4 of 4