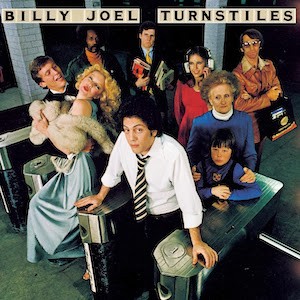 The inspiration for the song came from his pride in returning home to New York. (He had been in LA for 3 years). Joel was literally "takin' a Greyhound [bus] on the Hudson River Line [route]" when the idea for the song came to him, and the song was written as soon as Joel arrived home.
In fact, most of Turnstiles deals with Joel's cross-country relocation, including "Say Goodbye to Hollywood", "I've Loved These Days", "Summer, Highland Falls", and "Miami 2017 Seen the Lights Go Out on Broadway."
Although "New York State of Mind" was never a hit song and was never released as a single, it has become a fan favorite and a song that Joel plays regularly in concert.
Joel famously played the song at the October 2001 benefit concert for the New York City Fire and Police Departments and the loved ones of families of first responders lost during the 9/11 terrorist attacks. 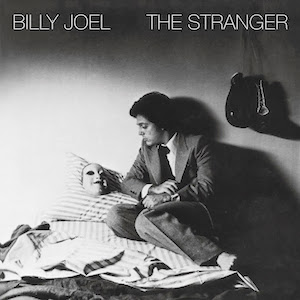 My favorite of the studio albums, it has strong material all the way through. While his four previous albums had been moderately successful, The Stranger became Joel's true critical and commercial breakthrough, spending six weeks at #2 on the U.S. album charts.
Considered his magnum opus, it remains his best-selling non-compilation album to date, and was ranked number 70 on Rolling Stone magazine's list of the 500 greatest albums of all time.
Much of the album's success is attributed to Joel's collaboration with producer Phil Ramone, and his innovative production methods, this fruitful partnership would continue for a decade.

Favorite tracks: The Stranger, Just the Way You Are, Vienna, She's Always a Woman, Everybody has A Dream, Scenes from an Italian Restaurant, Only the Good Die Young 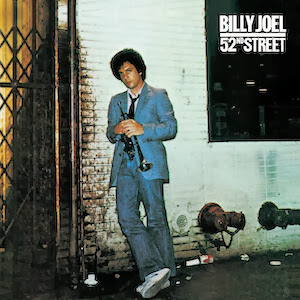 The studio in which 52nd Street was recorded was on 52nd Street, a block away from the CBS Building. In 2003, the album was ranked number 352 on Rolling Stone magazine's list of the 500 greatest albums of all time.

Favorite tracks: My Life, Stiletto, Honesty, Big Shot, Until The Night(added thanks to Lisa Thatcher)

Have you listened to the music of Billy Joel? Or are you a newcomer to the music as I am? As always, comments are welcome. Next week part 3
Posted by Chris at Saturday, January 18, 2014