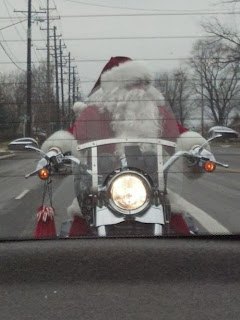 90.)
The Sing - Bill Callahan
(This guy has a very distinctive vocal, which I feel has a lot of weight and authority to it)


89.)
Earthly Pleasures - Villagers
(Frontman and songwriter Conor O'Brien told Mojo magazine this tune focuses on a character sitting naked on a toilet suffering a nervous breakdown and believing he's a soldier in the Brazilian War of Independence in 1822: "The feeling of that song for me is somebody who's falling apart and I think the whole thing happens in his toilet," he explained. "He travels a lot in his head; he gets involved in the Brazilian War of Independence and he confronts his imaginary maker, this maternal, goddess figure. In the end he puts his head back on, puts his clothes back on and goes back into the world with a new love for humanity.")


88.)
Exit Wounds – Placebo
(Slow build up, and great change of tempo at 1.54. Probably the best track on a mediocre album)


87.)
Sports – The Eclectic Moniker
(Featured on my summer playlist, and it really does make you feel like it’s summer again. Also love the saxophone)


86.)
Darkness – Du Tonc
(A promising new band, and this is their first single. Especially like the guitar)


85.)
Together - The xx (From The Great Gatsby soundtrack)
(I was initially underwhelmed by the vocals, didn’t grab me right away, but after I heard it in the end credits of the movie, I started getting into the track. Deceptively haunting.)


84.)
Your Life is a Lie - MGMT
(Didn’t love the album, only this single. Do yourself a favour and watch the imaginative music video)


83.)
Physical Control – Hot Natured
(Stumbled into this album by accident, thanks Lisa Thatcher. You have to go to 1:05:58 on youtube for the track Physical Control. The sound kind of reminds me of Daft Punk)


82.)
I Didn’t See It Coming – Belle & Sebastian (Richard X mix)
(Just a catchy dance remix, which to me improves on the 2011 original. It may be too saccharin and cute for some listeners, though.
From their compilation Third Eye Centre (2013), Blue Eyes of a Millionaire is another highlight-which is closer to what the band usually sound like.)


81.)
Annabel – Goldfrapp
(From my favorite album of 2013, which honestly works best listening to the album in its entirety)


Listened to any of these albums? What is your favorite new music of the year? As always, share your opinions in the comments. Tracks 80-71 coming soon!
Posted by Chris at Sunday, December 08, 2013