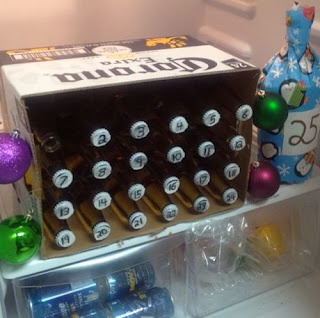 80.)
Afraid of the Dark - Ejecta
(The second half of the song is highly addictive. An album I had no expectations for, and turned out to be my favorite unknown artist of 2013. The album is currently in my top 10 of the year at #6)

79.)
Romanticise - Chela
(Just a catchy pop tune, with a spring in its step)


78.) Gimme What I Don't Know (I Want) - Justin Timberlake
(I had Suit & Tie on my mid-year list, but grew bored with that track. He released two albums in 2013, so there's a lot to choose from. Another of his new songs I enjoyed is Take Back The Night )


77.)
The Mother We Share - Chvrches
(Love the intro part. Recover is the other stand-out track on the album.)


76.)
Peace Sword – The Flaming Lips (from Ender’s Game soundtrack)
(From the end credits of Ender's Game, easily the best track on the EP soundtrack. Flaming Lips also released a studio album The Terror (2013), which I was impressed by initially, but sadly it didn't hold up to repeat listening, the best track for me is Butterfly, How Long It Takes to Die)


75.)
Rose Quartz – Toro Y Moi
(Just a beautiful track, which I have been playing all year, and don't tire of)


74.)
Days Are gone – HAIM
(I like this pop tune, more than the hyped track The Wire. The album to me is overpraised, though)


73.)
In Another Way - My Bloody Valentine
(I don't usually go for this type of experimental noise pop music. I liked it, didn't love it, good to try something different. I don't think I'm the key audience to judge the quality of it. Kind of like the return of Bowie this year, My Bloody Valentine had not put out an LP in a long time. Word is the band haven't reinvented themselves with the new album, but it should please existing fans of the group. )


72.)
Royals – Lorde
(Features on many year-end lists, and it really does stick in your head, once you've listened to it a few times)


71.)
Shaker Aamer - PJ Harvey
(While devotees await her next album, she released a protest song to draw attention to the last remaining British resident in the US prison at Guantanamo Bay)


Are you a fan of any of these artists? What's your favorite new music of 2013? As always, share your opinions in the comments. Tracks 70-61 coming soon!
Posted by Chris at Tuesday, December 10, 2013