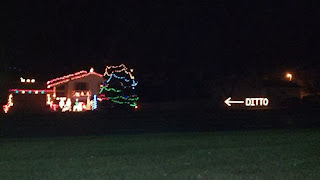 So lets kick off my top 100 list, nine more posts to come. Enjoy!


100.)
Change of Coast – Neon Indian (from Grand Theft Auto 5 soundtrack)
(For me, the best song on the soundtrack)


99.)
Lost Generation - Rizzle Kicks
(I don't usually listen to hip hop. This track is pretty fun and catchy, with a British vibe to the lyrics)


98.)
Cementality - King Krule
(Quite gloomy, but also strangely captivating.
The atmosphere of the album has been compared to Ian Curtis of Joy Division)


97.)
Just Another Girl - The Killers
(A pop song which strength is how uplifting it is. The video is worth a look. Whether it holds up to repeat listening I'm unsure about.)


96.)
Is There Anybody Out There? - Laura Mvula
(Laura Mvula's debut LP is not bad, though at times the delivery of lyrics is rushed, and doesn't fit with the melody, which she should work on in future. I almost went with Can't Live With The World)


95.)
Cheap Shots - Holy Ghost!
(I love how the song builds up. Probably a homage to Tangerine Dream - Love on a real train)


94.)
Atlas – Coldplay (from Hunger Games Catching Fire soundtrack)
(Possibily the most powerful track on the soundtrack. My other favorite from the disc is by The National)


93.)
Doin' It Right - Daft Punk ft. Panda Bear
(The electronic vocal is not for everyone. This track has grown on me, I didn't love it on first listen. The Panda Bear vocal works a treat here.)


92.)
The Line it Curves - David Lynch
(My favorite from Lynch's latest LP, and for me the album track where he expresses the most emotion)


91.)
Home - Austra
(Not really familiar with the band. Foot-tapping stuff!)


Listened to any of these albums? Which are your favorites of the year? As always, share your opinions in the comments. Tracks 90-81 coming soon!