Bonjure Tristesse reviews Meeks Cutoff, I pretty much agree with his thoughts.

dvdinfatuation looks at Easy Rider, a groundbreaking and influential road movie from late 60s. I'll be reviewing it on moviesandsongs365 soon.

For a laugh, read some e-mails from an asshole

Andy Buckle agrees with me on The Illusionist . Andina at inspired ground also shares her views on the animated film.

Central Florida film critic James D is going through his top 10 films, here's his write-up of number 8 2001: A Space Odyssey

Mike’s article over at You Talking To Me? on Fellini's realism and career was rewarding, a director I'm currently getting into.

Chris at Mildly Interesting Films talks about a few books he’s read, and asks for recommendations. He also writes about the atmosphere in Twin Peaks.

Anna and Ronan offer their opinions on Tree of Life (2011), a film I loved. Ronan also reviews another of my favourites of 2011, the Oscar and Golden Globe winning Danish film In A Better World. I review Susanne Bier's film myself here 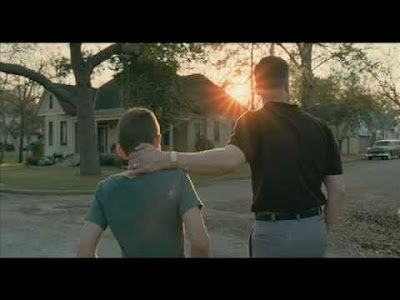 Love him or hate him, for those who have been following my recent David Lynch blogathon, Lynch’s 2010 short film Lady Blue Shanghai starring Marion Cotillard is on youtube. Also, listen to the winner of the David Lynch music video competition for the song “I Know”, from the upcoming debut solo album by, yes, Lynch himself, believe it or not, out 8th November 2011. And here’s an August interview in Rollingstone about the making of the album and what Lynch is up to these days.

Misfortune Cookie a while back wrote an interesting piece on how The Office is a show for our times.