Andina at inspiredground weighs in on Fight Club, her reaction was interesting to read.

Similar to my current blogathon, Andy Buckle is also reviewing the films of Kieslowski.

Alex at boycottingtrends gets caught up in the excitement of The Tree of Life, which even with a flaw or two he finds entrancing and admires for its awesome beauty.

In his midweek mumblings, Custard shares advice on how to get people to visit your movie blog.

Colin at picknmix flix gives the thumbs up to Barneys Version, a film starring Paul Giamatti of Sideways fame. I also happened to find it memorable. Has to be said not everyone is liking it, seriousfilm didn’t(see comments)

Ronan at filmplicity goes down memory lane regarding that old MGM lion and his favourite studio logos, and asks which logos were used as part of the intro to a movie? (i.e. Paramount mountain in opening of Indiana Jones) 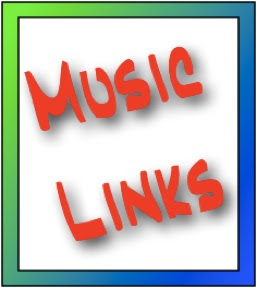 Jandy kindly reveals her best albums of 2010, quite a few overlaps with me, and a couple of albums/EP’s I didn’t know to seek out.

Nostra at myfilmreviews takes a look at a music documentary on sampling, which I incidentally found on YouTube and enjoyed.

Soundopinions, a music podcast I recently discovered, discuss their top albums of 2011 so far. If you’re in a hurry, the list of albums and songs featured are in print.


Are some of the links useful to you? Let me know what you think

Have a good day