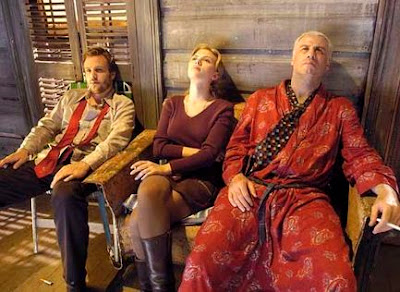 Ok, I admit I went a bit crazy in taking screen snapshots for this review. One of those rare films I feel improved for me on the second viewing. The story is about misfits in New Orleans, some of the themes are friendship, growing up, being a writer, and alcoholism. The screenplay is based on the novel Off Magazine Street by Ronald Everett Capps.

My favourite scene is when Scarlett Johansson spends the day in the airport reading, together with the beautiful song in the background can bring a tear to my eye. 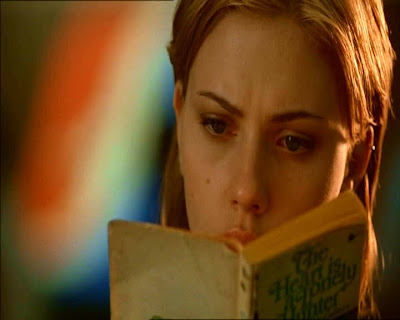 The film really makes New Orleans look so beautiful and I felt like jumping on a plane and visiting. Though watching this indie makes you feel like you are already there. Credit must be given to cinematographer Elliot Davis for creating the atmosphere. Interestingly, Davis was also responsible for the cinematography in the first Twilight film, which I visually liked quite a bit. 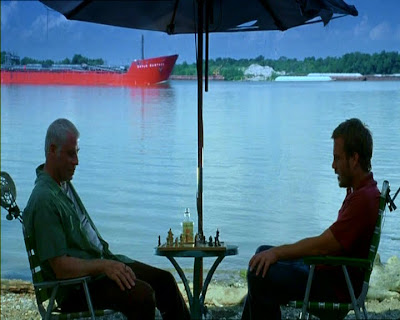 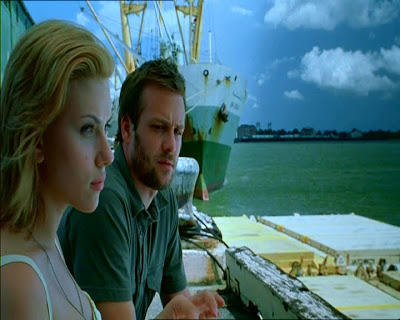 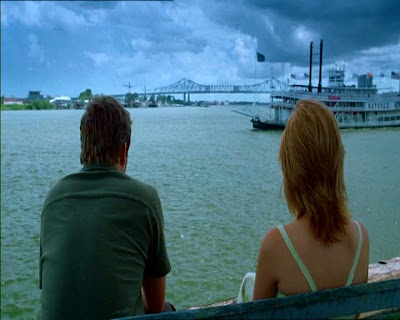 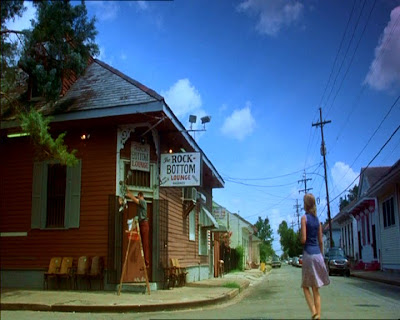 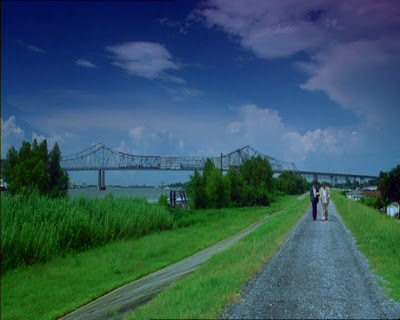 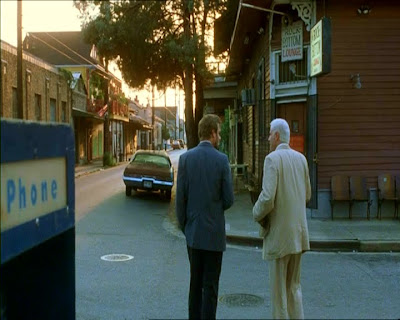 Oh, and you get to see John Travolta dancing! An atypical role for Travolta, some of the best acting I’ve ever seen by him, should have been nominated. The film was not given much love by critics, and didn't do well at the box office. Maybe it will gain a cult following on dvd? One of the negative reviews pointed out Johansson and Macht are both too gym-toned and poised for their loser characters.

I like the little details sprinkled into the story, which you have to pause the movie to properly notice. Has some quotes from different writers that can give you food for thought. 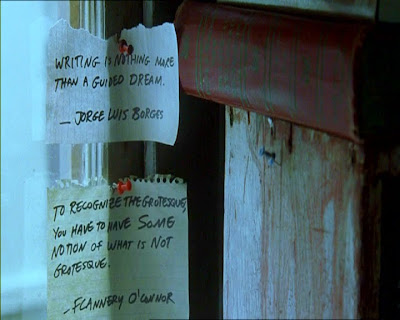 In the behind the scenes documentary on the dvd, director/writer Shainee Gabel says the city of New Orleans was the inspiration for making the film, the beauty of decay. Every few blocks there was a church and a corner bar with regulars, and a great tradition of oral history that they would tell you their life story. She thinks romanticism has become an illness for the broken character Bobby Long (Travolta), books, and writing have become more beautiful, exciting and romantic than his real life, and his problem with alcohol feeds that. Bobby has created a fantasy world about what he is and what he was, to the point where he’s forgotten what he’s lost, and he’s forgotten what was important to him. In the movie he is forced to remember, which is both a happy and painful experience.

The director thinks that washed-up Lawson Pines (Gabriel Macht with the beard in the screen shots above) is someone who doesn’t have a lot of confidence, who didn’t grow up with a lot of support, and when he grew up, he had a professor who took an interest in his career and cared (Bobby Long).

As Roger Ebert notes, its unusual to see an American film take its time, and remarkable to listen to dialogue that assumes the audience is well-read.


Readers, any thoughts on A LOVE SONG FOR BOBBY LONG ?
Posted by Chris at Tuesday, August 23, 2011