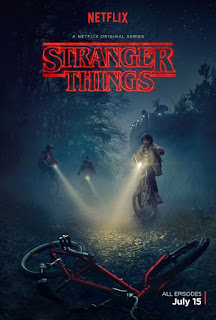 Stranger Things (2016) (Season 1) (8 episodes)
Strengths: Suspenseful and captivating story, well-acted, at times scary, retro soundtrack fits with the 80s mood, depiction of childhood, teenage life, and parent-child relationships handled well. The friendship between the boys has warmth, especially the way groups divide themselves into opposing cliques felt realistic.
Weaknesses: Style over substance, overly reliant on homage to classics such as Spielberg, Stephen King and Twin Peaks, a bit predictable, some of the scientific aspects feel a little far-fetched.
The positives outweighed the drawbacks.
Rating 8.5/10 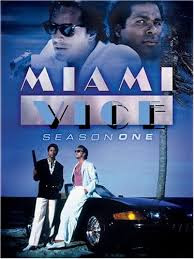 Miami Vice (1984) (Season 1)
The smooth talking is quite entertaining in a light-hearted way. My issue with TV shows in general is the same problem I have with Bond movies. We know the main character(s) are not going to die, because the show relies on them to come back. Other shows have the same issue when told as stand-alone adventures. That said, Miami Vice is still suspenseful.
The soundtrack has many well-known and sometimes obscure 80s tunes, and as a fan of the music from that decade, that was the main reason I decided to buy Season 1. Both Jan Hammer's original score and the 80s soundtrack picks add to the enjoyment and give Miami Vice a sense of belonging to that era. The series is also famous for its wardrobe.
For me, a weakness is the continuity from the Pilot to Episode 2, in that the boss and Tubbs were seen as unfit to carry on, yet there’s barely any mention of it in episode 2, except a minor line of dialogue about NYPD willing to fry him for misconduct. Despite this, Crockett and Tubbs are a fun partnership with good chemistry. It’s just the way Tubbs is suddenly an undercover detective in Miami which is slightly glossed over.
Another weakness is the detectives manage to fool the bad guys countless times by pretending to be someone else, and this ploy is too repetitive and relies on the stupidity of the bad guys in not doing a proper background check on them.
I can't rate Season 1 as I only watched half of the 22 episodes due to mild boredom with stories tending to be quite similar and a lack of character growth. My favorite episodes were the pilot as well as the two part Calderone's Return. I'll finish season 1, but I'm taking it slow. Not ideal to binge watch, but good in small doses. A fun show to watch if you just want to switch your brain off and be entertained. 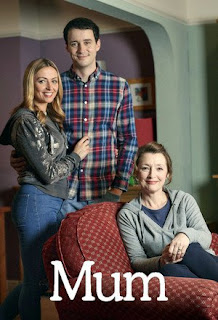 Mum (2016) (Season 1) (6 episodes)
A flawed, yet engrossing kitchen sink sitcom. Lesley Manville anchors the series as the motherly recently widowed Cathy, she is the polite, sympathetic listener people turn to. She and Peter Mullan give likeable performances. Cathy’s son’s girlfriend Kelly (Lisa McGrillis) seemed dumbed down a tad too far, yet she is probably the character who grows the most during the series. The scenes between her and Manville, and the scenes with Manville and Mullan are the strongest moments. Some of the supporting characters such as snobbish Pauline and the rude grandmother were too one-dimensional. During season 1, the number of inappropriate, offensive remarks is excessive. Presumably these repetitions and caricatures put in place for comedic effect. For me, the drama worked better than the comedy. The warmth of the main characters kept me watching. Thank god there’s no canned laughter. 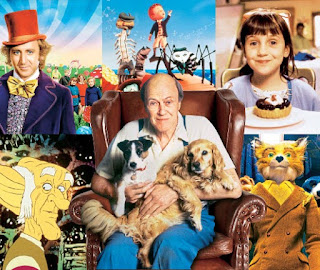 The Marvellous World Of Roald Dahl (2016) (BBC documentary)
A one hour BBC special to celebrate 100 years since the author’s birth. He was my favorite children's author growing up. Autobiographical elements and interviews are spliced with moments from his books. Apparently the quirky language in the BFG was inspired by his wife's unusual phrasing following a stroke. Charlie & The Chocolate Factory was inspired by Dahl being used as a test bunny at school by a chocolate company who asked kids to rate various chocolate bars. The books Danny the Champion of the World and Fantastic Mr Fox were influenced by him living in the country.
Rating 8/10 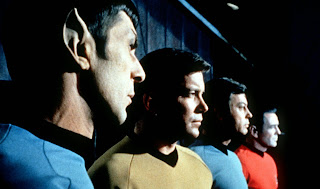 50 Years of Star Trek (2016) (The History Channel) (documentary)
Watching Star Trek is on my to-do list. Particularly interesting were the best TV episode picks: The City on the Edge of Forever (1967), The Devil in the Dark (1967), The Measure of a Man (1989), Yesterday's Enterprise (1990)  Far Beyond the Stars (1998), Someone to Watch Over Me (1999).
Also new to me is the way Star Trek has influenced technology, for instance ipads, flip phones, sliding doors, etc. This may be old news to Trekkies, but I found it eye-opening.
The coverage of the Star Trek movies was rushed, which was a pity. The documentary needed to be longer than 84 min.
The round table debates were fairly interesting, discussing the message of Star Trek and how it impacted the fans etc. 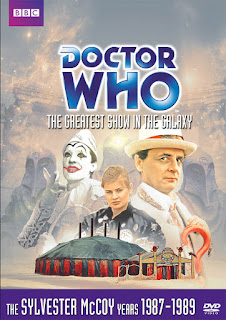 Doctor Who: The Greatest Show in the Galaxy (1988-89) (season 25, episode 11-14)
Even though I’ve never been an avid Doctor Who fan, this particular adventure left a lasting impression. I watched parts of it as a 7-year-old in the late 80s and was terrified by the clowns. Now I have completed it, and doesn’t live up to its intriguing title. You get to hear a rap by the circus ringmaster, so there is that. The clowns are not as scary as I remembered, in fact they didn't frighten me at all now.
The feisty assistant “Ace” (Sophie Aldred in the center of the poster) is cute, the synth soundtrack by Mark Ayres is alright, and the cliffhanger endings are effective. But the production looks like a silly B-movie horror, and the main characters are not given much to do. The mystery about the circus kept me interested. There are memorable scenes and surprises. I like the doctor’s umbrella handle, which is shaped as a question mark.
I read afterwards the adventure can be perceived allegorically as creativity being destroyed by ratings in the TV industry. TV shows are destroyed when they don't pull in the required ratings and the Gods of Ragnarok can be likened to the BBC controllers of the time, who focused more on the ratings than how original or creative the shows were.
Favorite quote: "Entertain us, or die!"
Rating 5/10 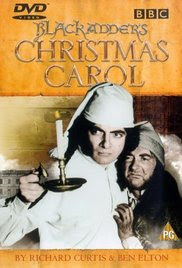 Blackadder's Christmas Carol (1988) (TV Special)
I previously watched the Blackadder TV series from the 1980s, and found it original, but only mildly amusing. The WW2 episodes are my favorites. For whatever reason I hadn't stumbled upon the Christmas special until now, which is a parody of Charles Dickens' classic A Christmas Carol. The story jumps around in different centuries, with Roan Atkinson reprising various characters. The comedy was too predictable. Funniest when Blackadder insults people.
Rating 6/10

Have you seen any of these and what did you think? Which (old or new) TV shows impressed you in the last 12 months?
Posted by Chris at Friday, February 17, 2017

Email ThisBlogThis!Share to TwitterShare to FacebookShare to Pinterest
Labels: TV watched in 2016