Old and new albums of the month: February 2017 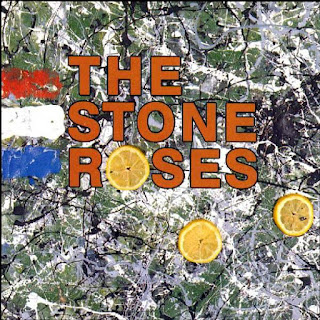 *(1001 Albums You Must Hear Before You Die)
The Stone Roses by The Stone Roses (1989)
Baggy / Madchester/ Neo-Psychedelia / Jangle Pop. Considered The Stone Roses best work, and among the finest debuts by any UK group.
For some reason, I always imagined the artwork was a distorted map of a city, taken from above. Maybe it is, who knows. I still like to think of it in that way. In fact was inspired by the paintings of Jackson Pollock and there's a story behind what the lemons and French flag represent.
An important album that means a lot to those who grew up with it. The kind of music that sadly doesn't get released nowadays. Beautifully put together. Bass, guitar and drums form the basis of the jangle pop/Madchester sound and complement each other well. My favorite could be She Bangs the Drums for the sheer musicianship.
I can imagine anthemic songs such as Made Of Stone and I Wanna Be Adored getting played in huge stadiums with the crowd singing along. The opening lyric "I don't have to sell my soul, he's already in me" could be interpreted in different ways, including a gay reference and a theological claim, the devil is already within, hence he has no need to sell his soul.
9/10 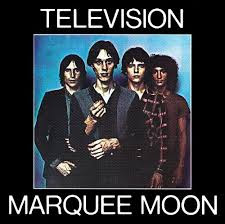 *(1001 Albums You Must Hear Before You Die)
Marquee Moon (1977) by Television
Art Punk / Post-Punk. Exceptional guitar playing with some great riffs and jazzy solos. An album you could listen to over and over and not tire of. The vocal reminded me of Chrissie Hynde, even though Tom Verlaine obviously is male. Did Johnny Jewel (born John Padgett) of Chromatics fame take his name from the stand alone single "Little Johnny Jewel"?
9/10 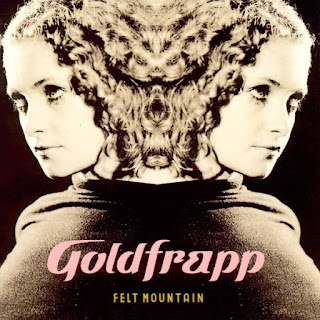 *(1001 Albums You Must Hear Before You Die)
Felt Mountain by Goldfrapp (2000)
In anticipation of the new album in March I'm revisiting Goldfrapp's discography. Felt Mountain is their debut and defies genre categorization. Atmospheric and seductive. Alison has a vocal like no other. There's a hint of Ennio Morricone soundtracks, but they make it their own and it doesn't feel out of place. The album mixes orchestral flourishes with modern electronic production. On the second half, the songs tend to be a bit more restrained. Lovely Head and Utopia stand out.
8/10

Black Cherry by Goldfrapp (2003)
Electropop. Sensual, dreamy. I’ve even heard it described as futuristic. Especially impressed by tracks 1-4. I still consider it a pretty strong album despite the occasional weak track. If you like Black Cherry, there’s a good chance you’ll enjoy Supernature.
7/10

Supernature by Goldfrapp (2005)
Electropop/dance pop. The sound is close to the second album Black Cherry, but more accessible and not as dark. Supernatural has a focus on pop hooks, repeated choruses, and simpler melodies. The lyrics hardly matter and I don’t say that in a degrading way.
I was ready to dismiss the album as throwaway pop, but actually holds up well to revisits and there’s very little filler. Supernature is an easy, undemanding listen. Stand outs: Ooh La La, Fly Me Away, Number 1
8/10 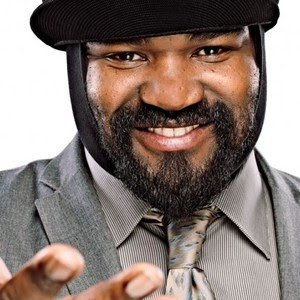 Take Me to the Alley (2016) by Gregory Porter
A lot of new releases are disposable. I feel this one could hold up for a long time. Won Best Jazz Vocal Album at the recent 2017 Grammys. Porter has an old-fashioned, retro vocal style. He cites Nat King Cole as his biggest inspiration. I like the unhurriedness of the music. The first five tracks are probably the strongest on the album. The two closers have some nice instrumentals as well.
In a 2012 interview with Jazzweekley.com Porter explained why he wears a hat and balaclava: "I’ve had some surgery on my skin, so this has been my look for a little while and will continue to be for awhile longer. People recognise me by it now. It is what it is.”
7/10 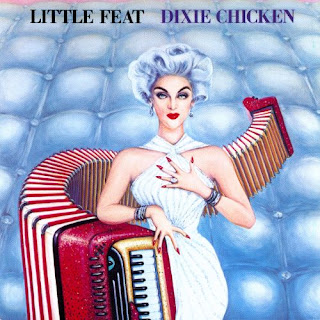 Dixie Chicken by Little Feat (1973)
Their third album. A so-so listen. The title track Dixie Chicken has a memorable chorus. A very 70s rhythm ‘n funk vibe on Two Trains, easily my favorite for its energy and production. Tracks three to ten are pleasant enough but soon forgotten.
5/10 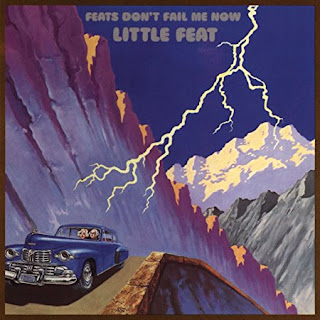 Feats Don't Fail Me Now by Little Feat (1974)
Their fourth. My favorite Little Feat LP up to this point. The musicianship is noticeably funkier and livelier.
Oh Atlanta is fuelled by a catchy chorus. The last two tracks impressed me with the guitar solos.
The sleeve with the lightning by the mountain is memorable and dramatic.  The band name obviously has multiple meanings and there’s a play on that in the album title.
8/10 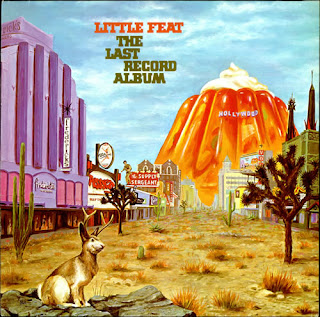 The Last Record Album by Little Feat (1975)
Little Feat's fifth LP and I find it overrated. A mix of elements from their previous albums. Funky and jazzy in some moments, often reverting back to their southern rock sound.
All That You Dream, Day or Night, and Mercenary Territory are fun and adventurous for the jazzy instrumentation. Somebody's Leavin' goes in a surprising direction. Generally I find the lyrics and vocal on their albums a bit bland.
The artwork is thought-provoking, the image of the jelly mountain with the Hollywood sign is particularly brilliant. Perhaps a warning that seeking your fortune in show business is a wobbly career path.
6/10


What do you think about the music and album artwork? As always, comments are welcome
Posted by Chris at Tuesday, February 28, 2017