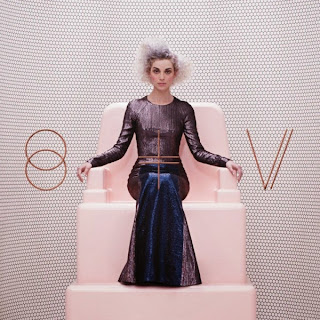 St. Vincent by St. Vincent (February 25)
Thoughts: The album artwork pays homage to a favorite film of hers, The Holy Mountain (1973). I didn’t love every song(the first track I disliked), but definitely an interesting album from then on, with lots of variation. As stereogum wrote, a reminder that experimental music and pop music don't have to be mutually exclusive. An album I’ll be going back to.
Favorite tracks: Digital Witness, Prince Johnny, Every Tear Disappears, Psycopath, Severed Cross Fingers, I Prefer Your Love
Album rating: 8/10 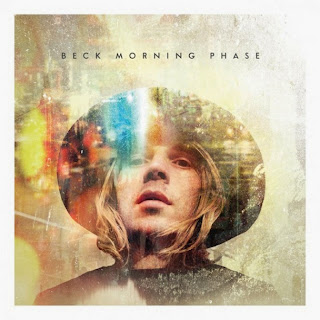 Morning Phase by Beck (February 25)
I'm sure there will be those who label this album monotonous, and those who label it tranquil. I would call it music you need to be in the right mood for. A record for people who enjoy folk music. All 13 songs are set around dawn, and probably designed to wake up to.
A beautiful album, as if Beck has travelled back in time. NME calls it "A love letter to the late 60s and early 70s, as typified by The Byrds, Mamas and Papas, and Neil Young". "Turnaway" has been compared to Simon & Garfunkel's Sound of Silence, "Heart is a Drum" to Nick Drake.
Mojo describes the album as: "a search for stillness, peace of mind." "Introspective, wonderfully alive to the way the days tender hours can flip over perceptions".
Favorite tracks:
It's tough to really say if one track is superior to another, as they all blend together. However I do especially love Waking Light, Blue Moon, and Unforgiven
Album rating: 8/10 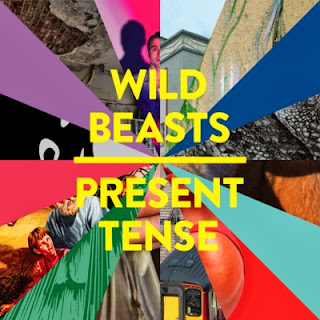 Present Tense by Wild Beasts (February 25)
Thoughts: Glancing at the album wiki, has received rave reviews in the music press. I'm not a big fan of his vocal style, so that's why I'm reluctant to give it a higher rating. A couple of tracks I enjoyed:
Wanderlust (The single, and an impressive one)
Sweet Spot (the jangly guitar reminds me of The Smiths)
Album rating: 5/10 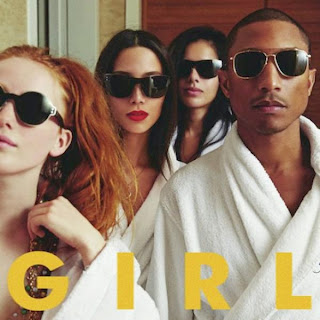 G I R L by Pharrell Williams (March 3)
Thoughts: The catchiest pop album of 2014, so far. We'll see, if I'll still be listening to it later in the year. I think it will grow on me, as 2013’s Random Access Memories did, though G I R L is not as groundbreaking. If I'm being critical, it seems several of the tracks are weaker reworkings of his 2013 guest appearences. But as a critic wrote: "it's a lot better than most crap on the pop radio nowadays". Wow, I googled Pharrell, and turns out he’s 40! What!? I thought he was 20something.
Track mini-reviews:
Marilyn Monroe: Great chorus, solid opener
Hunter: Very catchy
Gush: the guitar sounds like Daft Punk. The ”dirty girl” lyrics are kind of annoying, though.
Happy: Since I heard it during Oscars, I’ve loved it. From the soundtrack of Despicable Me 2
Come Get it Bae: Again, reminds me of his 2013 work, the song Blurred Lines
Gust of Wind: Feauturing Daft Punk, maybe it should have been on Random Access Memories?
It Girl: It kind of has the rhythm of a Michael Jackson track from the Off the Wall era.
Album rating: 7.5/10 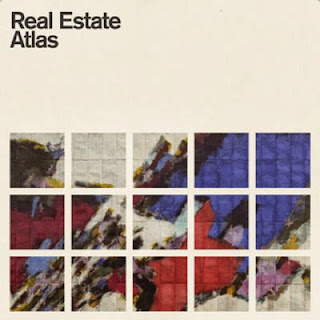 
Heard any of these new albums yet? Agree or disagree? Want to listen to them? Share your opinions in the comments.