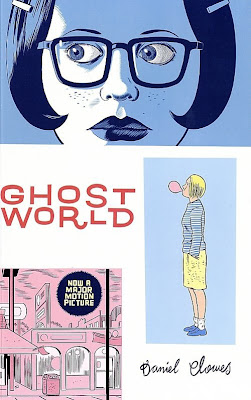 Two rebellious teenage high school graduates despise everything that’s normal in suburbia. This makes for some very amusing, sarcastic dialogue. Enid knows what she doesn’t care for, but has no clue what she does want, she is constantly changing her appearance. 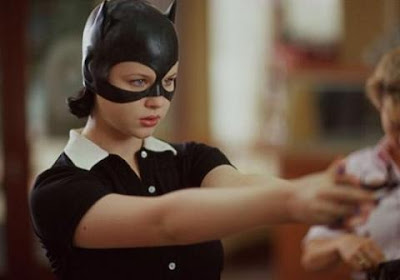 It’s that rare movie where I think it surpassed the comic book it was based on, both are so quotable. Check the memorable quotes section on IMDB here

I love the wicked bummer humour used on many occasions: 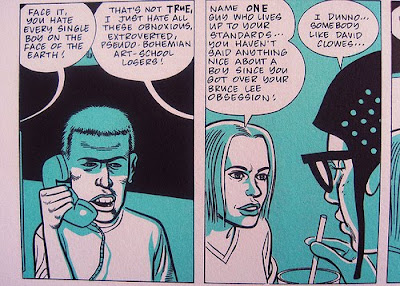 The film does a good job making the actors cartoony, the make up, costumes and the setting, and in my opinion manages to capture the world of the graphic novel. Scarlett Johansson as always is cute, almost as if God decided she was too beautiful, so he has to punish her by giving her a deep voice, ha ha ( : (That is if you find a deep female voice unattractive) 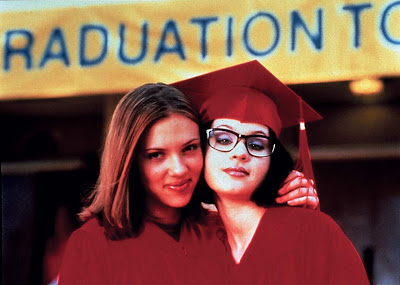 To me, the Greek supermarket scenes are the funniest parts.

The running time just flies by, no dull moments. One of the best films I can think of that portrays teenage angst and insecurity, and just hanging out and being mischievous from a girl's point of view. Quite dense (in a good way), there are a lot of small details and pieces of dialogue which may reveals themselves on multiple viewings. A film you can return to and easily rewatch. 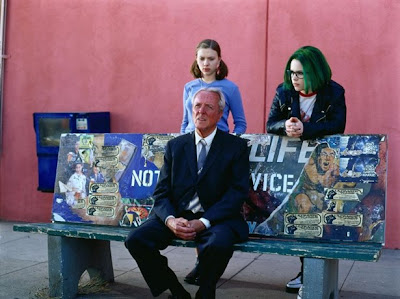 As other reviewers write, a film you can relate to if you’ve ever felt out of place in life. About the teenage fear of being trapped in a grown-up future and choosing the wrong grown-up identity. And it evokes sympathy for the judgmental and cynical Enid, as she finds beauty in others' flaws.

An interpretation of the phrase “ghost world” is that it illustrates the fact that today, everyone seems to be living in their own world, thus making the objective world a “ghost” world. The term can also apply to the way in which both Enid and Becky, but especially Enid, are haunted by the past.

The film won a number of awards for the screenplay and acting. My rating is 9/10 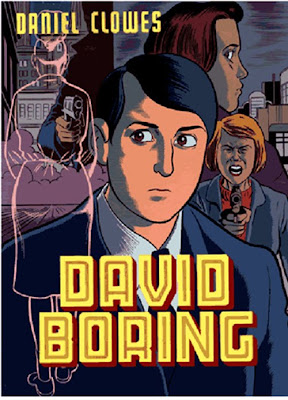 While watching and reviewing Ghost World, I also took the time to read arguably Daniel Clowes other masterpiece, the graphic novel David Boring, which I was recommended by a blogger friend. Was an entertaining read. It features on Times’ ten best graphic novels of all time list. Love that name, David Boring, can you imagine someone saying: Hi Boring! David is our teenage narrator living in 1998 together with roommate Dot. Only 116 pages, so a quick read. The only weakness I could find was the family gathering on the island, where suddenly people started killing each other, which strained believability. More raunchy and with more characters than Ghost World, and again some unforgettable quotes. I’ll share a few of them here: 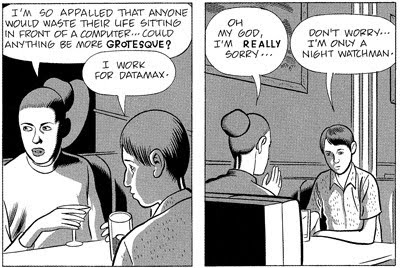 Page 12: “You can never really trust someone who remembers every embarrassing detail of your adolescence”

Page 47: “Aside from getting shot in the head, David, what have you done with yourself”

Page 73 “More and more, I can’t stand to hurt any living creature. I’m too fearful of revenge...”


Thanks for reading! As always, let me know what you think in the comments below
Posted by Chris at Sunday, September 04, 2011