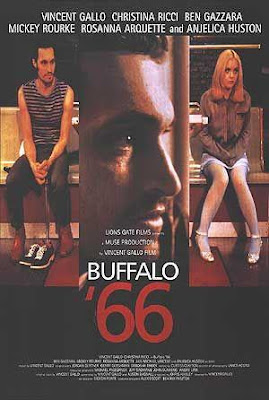 Haven’t seen any film quite like this indie. Its definitely one of my top films viewed in 2011. Don’t judge the film on the dreadful trailer. I found it to be very original and the atmosphere unique, and that says a lot, as I have seen a ton of independent films over the years.

Written, directed by and starring Vincent Gallo, his directorial debut, it was filmed in and around Gallo's native Buffalo, New York. The parents house was actually Gallo's childhood home.

Has a twisted black humour I really enjoyed, not laugh out loud stuff, but made me chuckle on many occasions.

Amusing how the self-confident female character Layla played by Christina Ricci is kidnapped, but actually sort of enjoys it after a while. She seems sad when she first meets Billy, crying in the bathroom, what is the matter with her current life you wonder?

I was impressed by the inventive use of camera techniques and angles. You can tell they are playing around with the visual medium, super 8 film, flashbacks, etc. The same cinematographer would later go on to make such visually creative films as Being John Malkovich and Lost In Translation. 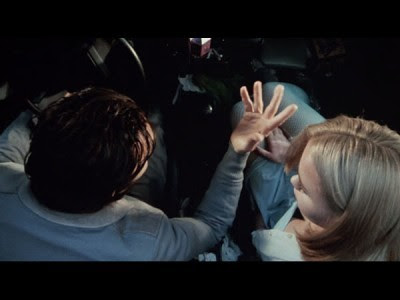 Spoiler alert! The story is not just a comedy or about kidnapping, also you realize its a character study about the two main characters past. Layla, the odd but tenderhearted tap dancer who provides Gallo's Billy Brown with the only true love he has ever received. Billy Brown, a man who has spent so much of his life pining for love and tenderness that he doesn't know how to deal with it once it is staring him in the face. His character is meant to be a pain in the arse, always whining. Not likeable, but you are drawn to him anyway. 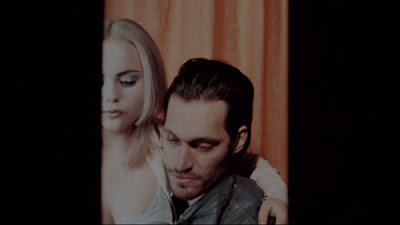 I don’t think the film has any big message, that’s not the point for me. It’s more about having a laugh and watching some quirky characters on a journey.

There was a unique use of music during the running time, which I liked and had never heard before, here are a few highlights from the soundtrack:
Moonchild - King Crimson
Heart of the Sunrise – Yes
Sweetness – Yes

At the time, Empire listed it as the 36th greatest independent film ever made.

Thanks to Alex at boycottingtrends for the recommendation!


Readers, any thoughts on Buffalo 66 ?