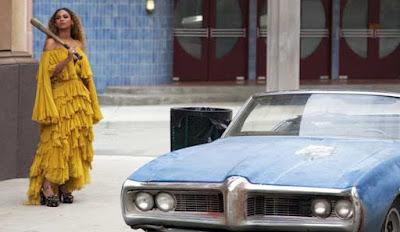 51.)
Ivy by Frank Ocean
Neo Soul. Speaks to me on a meditative level, as does much of the album.

52.)
Empty by Garbage
Alternative Rock. You only have to listen to the opening “I’ve” and you can identify the sultry vocal of Shirley Manson. “I’ve been feeling so frustrated, I’ll never be as great as I want to be” is my favorite lyric on their latest LP.

53.)
Bum Bum Bum by Cass McCombs
Singer/Songwriter. A nice discovery, which I’ve had on repeat. You’ll probably either love or hate the “Bum Bum Bum" lyric.

54.)
Admitting the Endorphin Addiction by Open Mike Eagle & Paul White
Hip Hop. Probably the most pop-friendly on the album. “Blah, blah, blah, I cry for help” , “You'd really be surprised, how innovative I can get when left alone”.

56.)
Passionate Friend by Meilyr Jones
Chamber Pop. There’s quite a lot going on musically here. My favorite from the album. The songs were inspired by Jones' stay in Rome. Thanks to The Swede for the recommendation. Won the Welsh Music Prize for Album of the Year.

57.)
Moth Into Flame by Metallica
Heavy Metal. Not sure it's a classic, but still entertaining. Love the intro. Could have been trimmed to 4 minutes.

59.)
Daddy Lessons (Feat. The Dixie Chicks) by Beyoncé
A surprise country song from Queen Bey, and a good one. I've read Beyoncé is not to be admired because she stays with her cheating husband, but on the other hand the power of forgiveness is important. Airing dirty laundry in public is one way of looking at Lemonade, yet to me sincere lyrics have greater emotional value than contrived words do. Granted she didn't write the entire album herself, but she makes it her own. Giving a voice to those who were disrespected and who hopefully can feel less alone with their torment by listening to the music.

60.)
Hold Up by Beyoncé
Contemporary R&B. The video with her in the lemonade dress and holding a baseball bat lifted the song to new heights. Her latest album gains so much from the visuals. Being creative is a way of coming to terms with your problems and your past.

Find anything you liked? Already know some of these? Which are your favorites from these albums? As always, comments are welcome. Tracks 50-41 coming soon!