Monthly links from the blogosphere: September 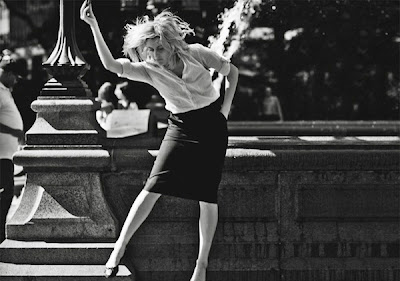 New running feature on my blog...

Ryan, CS, Duke, Shala, Courtney, and others have been covering the Toronto Film Festival. I'm disappointed about the lukewarm reviews for Malick's To The Wonder, but happy to see positive buzz for Noah Baumbach's Frances Ha (2012), which is so under-the-radar it didn't even have an official IMDB entry a few weeks ago. 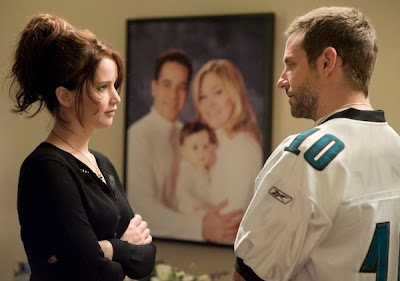 Bradley Cooper seems a bit old for Jennifer Lawrence, and the trailer I think gives too much away, but Silver Linings Playbook won the People's Choice Award in Toronto, and looks to be a possible contender at 2013 Academy Awards. From what I'm reading, the film is quite conversational, which is something I like from a movie.

Bonjour Tristesse celebrated his two year anniversary. Happy blogiversary, BT! He also looked at the recent Venice Film Festival, sharing review cuttings. The Master appears to have been the highlight of the festival.

Sati shares her honest thoughts on why she didn't like the new HBO show Girls, which has made me uncertain if I would enjoy the show, because I value her opinion. I think I'll just have to watch a few episodes, and see if it's for me, because I also listen to Alex Withrow's viewpoints, and he praised the show Please Permit Me to Rave About Girls. Maybe a love it or hate it kind of thing? 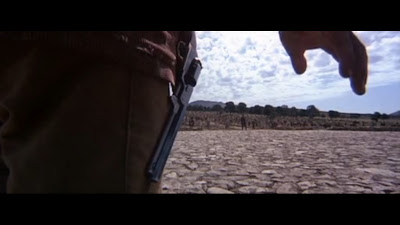 SDG at U Me and Films reviews Sergio Leone's Dollars Trilogy. I loved The Good, the Bad, and the Ugly (1966), my favorite western so far, and I'm looking forward to finally watching the other two in the series very soon.

SJHoneywell at 1001plus reviews under-appreciated Smoke (1995) 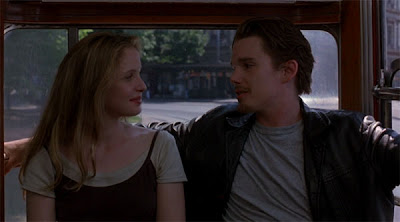 Dan at Public Transportation Snob reviews Before Sunrise (1995), one of my favorites.

David at Taste of Cinema lists his 21 Useful Tips For Being A Better Movie Buff, and writes an interesting article on Why Chinese-language Films Are Ignored by the West 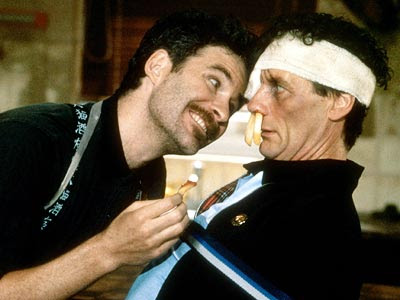 Chip at Tips From Chip loved A Fish Called Wanda, one of my favorite comedies.

Mette at Lime Reviews discusses A History of Boredom. Slow movies she loves, and slow movies that she finds boring.

3guys1movie ask what is your favorite TV show?

That's all folks! In a few days I'll post my monthly what have I been watching in September
Posted by Chris at Sunday, September 23, 2012