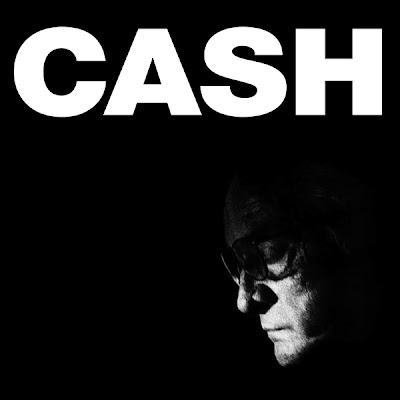 My favorite Johnny Cash album, and my favorite of the American Recording LPs, a strong, haunting, essential record that you can listen to all the way through, most of the tracks are noteworthy. An album that also holds up well to repeat listening in my opinion.

By the time of American 4, there was a poignant fragility to his singing, compared to the defiant strength in his voice on American 2: Unchained (1996). But the cracks and slurs and Cash wearing his heart on his sleeve add to its ragged grandeur.

There is a distinct mood that death is in the air. It could be interpreted as a goodbye letter, to both his wife and family as well as his fans. Particularly the last track, We’ll Meet Again, a song popular with soldiers going off to fight in World War II, here turned into a bittersweet “see you later” to his loved ones. Cash died in 2003, a year after the album was released.

On songs such as Hurt by Nine Inch Nails, and I Hung My Head by Sting, Cash’s cover versions arguably surpassed the original recordings.

Nine Inch Nails frontman Trent Reznor admitted that he was initially "flattered" but worried that "the idea [of Cash covering "Hurt"] sounded a bit gimmicky," but when he heard the song and saw the video for the first time, Reznor said he was deeply moved and found Cash's cover beautiful and meaningful.

Johnny Cash, linear notes, from album sleeve:
“The Man Comes Around, I spent more time on this song than any I ever wrote. It’s based, loosely, on the book of revelation, with a couple of lines, or a chorus, from the other bible sources. (…) Revelation by its mere interpretation says that something is revealed. I wish it were. The more I dug into the book the more I came to realize why it’s such a puzzle, even to Theologians”

About the track The Man Comes Around: The song was inspired by a dream Johnny had about visiting the Queen of England. “I had a dream that I was in Buckingham Palace (…) The Queen said: Johnny Cash, you’re like a thorn in a whirlwind. And I woke up and I thought, that’s got to be a meaningful dream. (…) and finally I thought, maybe it’s biblical, so I got a Concordance down, a chain reference system of the Bible, and found it in Job. My grandfather was a minister and I was brought up reading the scriptures, so I guess I did have it in there somewhere!”

Although a lot of the songs on his forth American album were about suffering and loss – “I don’t know if it’s because of my age. But the songs just keep coming round about pain and death so I keep singing about it”. Its theme, Cash said, was “the strength of the human spirit”

As Johnny later told Kurt Loder for MTV: I wouldn’t let anyone influence me into thinking I was doing the wrong thing by singing about death, hell and drugs. Cause I’ve always done that. And I always will.

A week after his wife June Carter died, in May 2003, following complications after heart surgery, Johnny Cash went back into the studio to make more music. Johnny Cash: "Some people said 'You’re crazy, you shouldn’t do this that soon', and I said. Tell me why I shouldn’t. I should do that, this soon. I have to. I have to do that this soon. And I did. I did it that soon. June told me once. If something happens to me that I can’t work, you keep working. You have to work. She knows me that I have to work."

Rick Rubin: "Sometimes you’ll hear albums where they’re about a sound or a mood or a style of playing, but the albums Johnny made with me are all personal, heartfelt songs that have some serious weight to them.”

With the song Hurt, Cash wrote his ending and the lyrics somewhat imitated his life story, or the life story of any person who is old, fragile and of ill-health.
Rick Rubin: “I suggested Hurt, because I could imagine Johnny Cash singing those words. When he sings them, you think he could have written them”

The album won "Album of the Year" award at the 2003 CMA Awards. The video for "Hurt", a song written by Trent Reznor of Nine Inch Nails in 1994, was nominated in seven categories at the 2003 MTV Video Music Awards and won the award for Best Cinematography. In February 2003, mere days before his 71st birthday, Cash won another Grammy Award for Best Country Male Vocal Performance for "Give My Love To Rose," a song Cash had originally recorded in the late 1950s. The music video for "Hurt" also won a Grammy for Best Short Form Video at the 2004 Awards.

The Man Comes Around - Johnny Cash


Give My Love to Rose - Johnny Cash

What did you think of the music? Any thoughts?