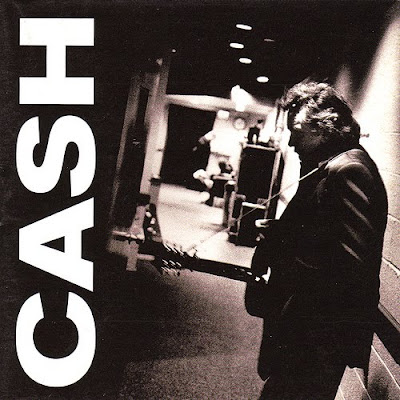 The third album in the American Recordings series by Johnny Cash (and his 85th overall album).

American 3 featured fewer Johnny Cash originals this time, but contemporary covers of tracks by Nick Cave, U2, and Tom Petty. Cash in spite of the tremor in his voice makes the songs sound old. A sober, honest, defiant album, it brought him his third Grammy award in a row.

Between Unchained (1996) and Solitary Man (2000), Cash's health declined due to various ailments, and he was even hospitalized with pneumonia. The illness forced Cash to curtail his touring. The album American III: Solitary Man contained Cash's response to his illness, typified by a version of Tom Petty's "I Won't Back Down", as well as a version of U2's "One".

I don’t fear death, Cash said. I live with all kinds of aches and pains. It’s how you stand up to them that counts, and he was still standing.

Rosanne Cash: “He’s a noble sufferer. It’s a matter of honor, almost, for him to suffer and not complain. There’s a lot of pride in my father.”

The album is an unflinching confrontation with his own mortality, the nearly inconceivable notion of leaving behind all the joys and sorrows that constitute a life. Like so many of the titanic heroes of rock & roll, Cash is a mess of contradictions. The drugs and the church.

The album was notable for being Cash's highest charting (#11 Country) solo studio LP since his 1976 One Piece at a Time.


I See A Darkness - Johnny Cash


I Won't Back Down - Johnny Cash (Tom Petty cover)

What did you guys think of the music? Share your views in the comments below