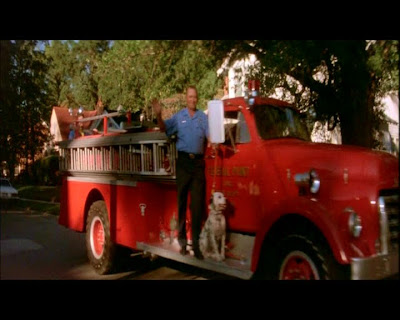 I had a fun time putting this list together, a meme which has been circling the web for the past few weeks at among others And So It Begins, Cinematic Corner, Inspired Ground, Let's Be Splendid About This , Taste of Cinema I hope you enjoy reading mine, and get to know me a little better. And no, that's not me and my dog on the fire truck, I'm not THAT old, can you guess what movie?


1: I still own lots of VHS tapes and don't care abot the picture quality issue

2: Love the scenes when Ned (Stephen Tobolowsky) keeps approaching Phil (Bill Murray) in Groundhog Day over and over...and over

3: A guy from my school used to walk like Ace Ventura (for fun). Good thing he didn't make the most annoying sound in the world...

4: I don’t get the love and acclaim for Melancholia, which is to me is Lars Von Trier's most uninteresting film for years

5: I think Antichrist is misunderstood

6: Seldom watch movies on TV anymore, because the selection on youtube is amazing.

7: Prefer to view films by myself, when I see them with a crowd I only take in 75%

9: I think Jim Jarmusch is overrated, except Ghost Dog, first half of Night on Earth, and a few random scenes from Coffee and Cigarettes

11: I regret calling my site movies and songs. Mainly because I found out afterwards that the term "movie" is inferior to "film". I guess calling my posts Film reviews gives them more esteem ( :

12: Excessive swearing and extreme violence turns me off, in movies, and in the real world.(explains why I hate Kill Bill vol 1 and Tyrannosaur)

13: Despite hating violence, I am strangely fascinated by Patrick Bateman. There is no "why" with him

14: At Christmas or birthdays I usually give friends and family dvds or bluray

15: I spend too many hours in front of my laptop every day

16: During 2012 I have watched a great deal of movies recommended to me by fellow bloggers, and will continue to do so.

17: Watching movies I use for escape, to inspire, to educate, to challenge me. To experience what I'm unable to experience (sailing on the Titanic comes to mind)

18: I wish that was me in Before Sunrise, or at the conclusion of Midnight in Paris

19: Every year I threaten not to watch the oscars because too mainstream, but I always watch anyway

20: I think Josh Brolin is a talented impersonator, George Bush, MIB3, next stop an oscar?

21: I bashed the Social Network and Inception, but because 2010 was a poor year for cinema, both films feature in my top 10

22: My dad introduced me to 2001: A Space Odyssey, The Bridge on the River Kwai, The Sting, and Sophie's Choice.

24: My sister didn't start watching movies until she was almost 20, and her film knowledge is limited. Besides movies, she's smarter than I am

25: I love the last 10 minutes of About Schmidt

26: The tears in the rain speech from Blade Runner makes me all emotional too

27: I have seen most of the IMDB top 250, except the westerns and animated films

28: I like to analyze and dissect films. Interestingly, the best ones, you can't figure out. Because that's what a masterpiece of art is.

29: I watched all the Bond movies before I was a teenager, and today I find them a little childish.

30: Even though a film is a favorite of mine, I couldn't watch it more than ten times, then I would get bored.

31: I have a poor memory, soo if five years has passed, I often don't remember the plot (a good thing I suppose for a lover of films)

32: The first film I recall is The Wizard of Oz, the witch was the scariest thing I had seen up until that point

33: I used to be able to instantly answer what year a film was from, that had been made in my life time. After I stopped reading tv-schedule my powers are not as effective

35: The disturbing scene listening to the radio in Wild At Heart I believe sums up why I dislike the news media today (of course exaggerated in Lynch's film)

37: I think Seth Rogen is a pain, and really annoying, especially his laugh

38: I once wanted to buy an Alfa Romeo GTV6 as seen driven in the car chase in Octopussy (1983). Sadly the car model drinks a lot of gas I discovered.

39: I think David Lynch got ideas from Tom Waits lyrics, and Skinny Legs and All by Tom Robbins

40: I love the moment in The Shawshank Redemption when Red (Morgan Freeman) finds the box by the wall and looks over his shoulder to ensure nobody is spying on him 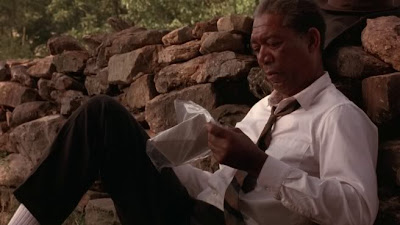 41: I wonder if I will ever reach a point when there are no more good films left

42: In The Space Capsule (The Love Theme) from Flash Gordon, makes me feel like a child again. I don't hestitate to name it THE most underrated film on IMDB...Flash Gordon (1980) is as good as Star Wars in my opinion.

43: When I was very young (before the age of ten) I misunderstood the ocean diving scene in Bond movie For Your Eyes Only (1981). "This is 3000 years old". I thought they were talking about the submarine, duh...the statues obviously, how stupid can you get

44: My favorite Bond movie is A View To A Kill, despite being unrealistic, and one of the most hated by critics and bloggers. That villain (Christoper Walken), the sidekick (Grace Jones) and the beautiful love interest (Tanya Roberts) are why. oh and Roger Moore is my favorite Bond.

46: I think too much analysis can ruin a movie that was simply there to entertain. Do you enjoy Prometheus more by ripping it apart? I think you might enjoy it less. So why am I discussing it all over the web? Hmm...

47: The opinions I value the most about films are what my parents think.

49: I'm a very nostalgic person, like the teenager is in Catcher in The Rye. I'm just not angry as he is. 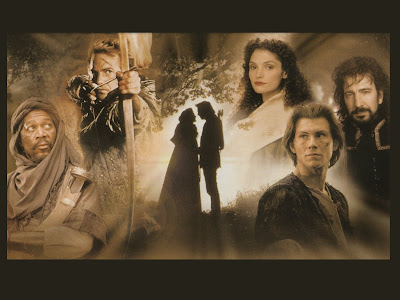 50: Saw Robin Hood: Prince of Thieves with Kevin Costner 3 times in cinema in 1991, a record for me.

51: I have hardly seen any of the classic westerns

53: Jim Carrey is not funny anymore. maybe I grew up, or he ran out of ideas

54: I love great dialogue, cinematography, and originality depicted on film.

55: William Friedkin has the coolest voice ever by a director

56: David Lynch has the most annoying voice of all the directors. I still love his films luckily. With that in mind, incomprehensible how Lynch's Stone's Gone Up ended up as my 2nd favorite song of 2011...I guess I can tolerate his vocal if the music is good. Notice how I'm having a little argument with myself here ( :

58: I don't think there are enough films starring characters in their early 30s

59: There are too many films about teenagers and 20somethings

60: I'd like to see a movie adaptation of What I loved by Siri Hustvedt, the story is so visual, among my favorite books of all time.

62: Asked to recommend an obscure film to see, for girls I would name My Life Without Me (2003)

64: When I sat down for Indiana Jones 4 in the theatre, I could barely concentrate because fat guy in next seet smelt so bad

65: I love to be challenged by a film, but often I don't have the energy and settle for being entertained

66: My least favorite types of movies are westerns, gangster, and animation (There are exceptions)

67: I enjoy finding obscure films, which is like finding buried treasure

68: If my life was a movie it would not get made

69: My favorite film was Fight Club as an 18-year-old. Today I don't have "a favorite", many favorites. 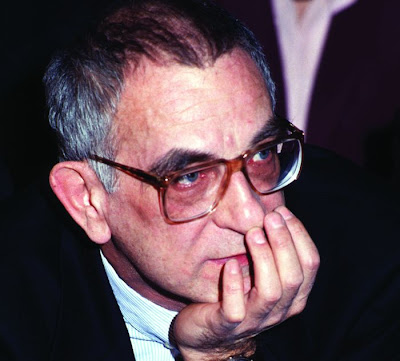 70: If I could meet a celebrity in heaven from the world of film, my choice would be Kieslowski or Kubrick (both dead)

72: I think Tilda Swinton is a wooden actor like Keanu Reeves, even so love several of their films

73: Recently I was told I have child-like curiosity, I hope I never lose that

74: Once whn a family member was yelling about something important, I commented " oscar moment..!"

75: I don't think there should be any more Terminator films with Arnold Schwarzenegger. If there are, I will watch them, though.

78: I won two awards: Liebster blog award, and 7x7 award. Will there be more?

79: The ending of The Shining is the greatest ever, or maybe 2001: A Space Odyssey. Either way, three cheers for Kubrick. Genius

80: I don't understand the logic of Robin Williams or John Travolta in terms of picking scripts.

81: The mother in Hitchcock's Psycho is the scariest thing I saw on film as a teenager.

85: Feel the same way about Edward Norton...(Moonrise Kingdom is a step in the right direction...)

86: and Ethan Hawke...Untitled Before Sunset Sequel (2013) is also promising 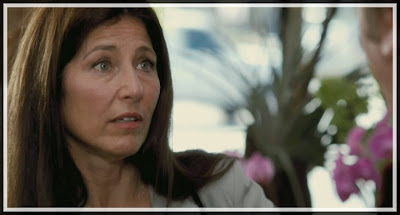 88: The film that took my breath away for special effects in cinema was Titanic (1997) I sat in the front row close to screen. WOW. I was onboard, and survived! However I feel bad that the casualties are there as popcorn entertainment.

89: The time I laughed the hardest at a film this year was when they said "beloved those who sit down" in Songs from the Second Floor

93: Never understood Memento, until it was explained

94: My favorite films as an 8-year-old were The Neverending Story and The Goonies.

95: No Country for Old Men is not THAT good. I kind of...maybe...don't love the Coen brothers, so that more or less explains my reaction.

96: I never notice The Wall (1982) ANYWHERE in the blogosphere. Why? Amazing film


I'm done for the summer...as they said in the old PC game Street Rod...Feel free to write your own 100 facts, or as many as you can manage. Thoughts, readers? Let me know in the comments!
Posted by Chris at Thursday, June 21, 2012

Email ThisBlogThis!Share to TwitterShare to FacebookShare to Pinterest
Labels: 100 film facts about me