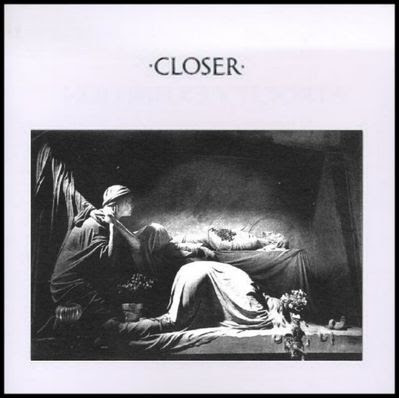 While the album might be too dark and morbid for some listeners, there is no denying troubled singer Ian Curtis was at the peak of his powers in terms of songwriting, and his honesty and raw emotion is what makes the music so powerful. Martin Hannett was still producing, but seems to have taken as many chances as the band itself throughout -- differing mixes, differing atmospheres, new twists and turns define the entirety of Closer, songs suddenly returned in chopped-up, crumpled form, ending on hiss and random notes.

Pitchfork Media listed Closer as 10th best album of the 1980s, and it is 72nd on NME's "100 Greatest British Albums Ever". In 2003 the album was ranked at number 157 on Rolling Stone's list of the 500 Greatest Albums of All Time. It claimed the number one slot on NME Album of the Year, and was included in the book 1001 Albums You Must Hear Before You Die.

The sleeve by Peter Saville is inspired by a magazine he read. The photograph on the cover is of the Appiani family tomb in the Cimitero Monumentale di Staglieno in Genoa, Italy, by Demetrio Paernio. Both the cover art and the bleakness of the music and lyrics amplified the already strong mystique surrounding the album after Curtis' suicide.

Band member Bernard Sumner: “The sleeve seemed like a horrible cash-in. That’s what it seemed. That was obviously not the case. The sleeve was designed well before Ian died. It was like the title, we didn’t think of the connotations until after it happened.”

On Closer, there is a sense of a lyricist (Ian Curtis) blotting out a private reality that has become too much to bear. The title is interesting, closer to death, or the closer of a life? In hindsight, Closer was a series of blatant and liberating suicide notes to a number of people in Ian’s immediate vicinity, who at the time simply looked upon the songs as immensely powerful. Closer is about the end of a life, about feeling out of place in the universe.

The cult status lead singer Ian Curtis has obtained over the years is reminiscent of the lives of Kurt Cobain or Jim Morrison. We are drawn to these enigmatic and charismatic icons, we never saw the decline of a career, and each remain young and mysterious, with no definite answers.

Band member Stephen Morris: "On Unknown Pleasures (1979), I think that what Ian was doing was assuming characters, and he was writing from someone else’s point of view. From what I could gather, he was writing from another perspective. I felt at the time that he was doing the same with Closer (1980), it’s only with hindsight you realise that that’s not necessarily the case. It wasn’t a character he was writing about anymore. It was all about him and his life. Perhaps he (Ian Curtis) was trying to say something to us, although God knows what we could have done about it. He was clearly bothered about things. Now you think, well, why didn’t you say anything at the time? (…) He wouldn’t talk to us about any problems he was having. Well, you don’t, do you? Or you didn’t. We didn’t. Not then”

Ian Curtis' wife, Deborah Curtis: "in the main he was reading Dostoyevsky, Nietzsche, Jean Paul Sartre, Hermann Hesse, J. G. Ballard. Photomontages of the Nazi Period was a book of anti-Nazi posters by John Heartfield, which graphically documented the spread of Hitlers ideals. It struck me that all of Ian's spare time was spent reading and thinking about human suffering"

(Has been described as danceable, poppy, synth heavy. About loneliness.)

(Songmeanings has a few interesting interpretations, how the track could be about the affects a war will have on the young men who are forced to fight it(Curtis was reading about WW2 so it seems to fit). He pens the words vividly as if he had been a soldier himself. Curtis obviously was in the centre of a relationship tug-of-war that took its toll. Or might even be perceived about someone who's died looking back, being able to look back at their life.) 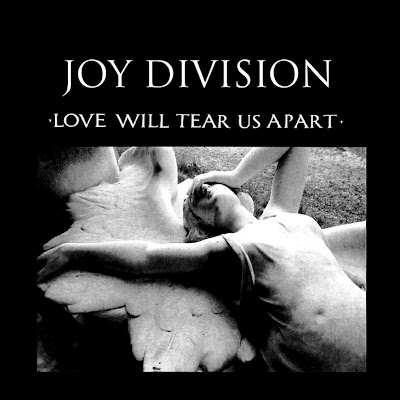 Tender, sorrowful, heartfelt, poetic, and perhaps among the most haunting songs of the 80s. Many have taken it to be lead singer Ian Curtis’ most personal song drawing parallels between the lyrics, and the turmoil he was feeling at the time due to an extramarital affair. Curtis was torn between being a rock star with a Belgian girlfriend he met on the road, and on the other hand family life with his wife and daughter at home.
People can very easily side with the mother, because she had a young child. Curtis didn’t handle it very well at all, and couldn’t speak about it very clearly, and could have been a big reason why his life ended, feeling guilty and confused about what he really wanted.
As the lyric reads, Curtis was being torn apart by love, work, stress, songs, and the first signs of fame, which would come after he had died.
It has been suggested Love will tear us apart was sung as though Curtis knew when he was going to die. Perhaps a song about the death of love, delivered as if it was a near-cheerful pop tune.

Peter Hook: “It was always important to us that we were radical, that we were rebellious. All the other bands sold out, they put their singles on their albums. Love Will Tear Us Apart didn’t fit so it didn’t go on”

Music writer Paul Morley on the song Love Will Tear Us Apart: “the extravagant introspection of a song where everything had been remembered in the just cold light of day, the way the confused past was interpreted using the intelligence of the future, the way an exalted lack of understanding was channelled through a system of opening and closings, that this lack of understanding alone set into motion and kept in motion, about the whole relation between absence and presence, between too many things and never enough things” 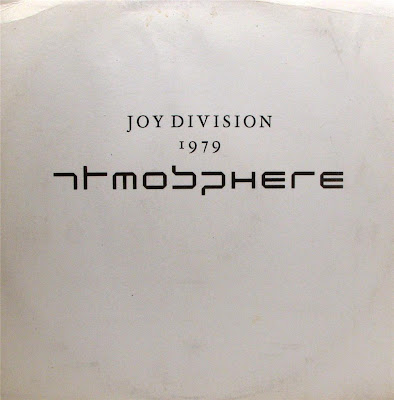 Possibly my favorite Joy Division song. The jingle sound production is beautiful, and the lyrics give me chills.
Atmosphere was originally released in 1980 as a France-only single under the title Licht und Blindheit. The video released with the song's re-release in 1988 contained characters wearing black-hooded cloaks and white burial shrouds. It was directed by Anton Corbijn, who later directed the Ian Curtis biopic Control (2007). It could be because of this, that some editions of the film contain the video as an extra. Perhaps the posthumous 1988 video adds to the enigma of the song, who knows. Curtis had trouble communicating his problems to band members, so perhaps lyric "don’t walk away in silence" is a pep-talk to himself to open up, and for his friends and family to stick by him.

Music writer Paul Morley on Atmosphere: "This song helped me define myself, to find the most comfortable place between ‘here’ and ‘nowhere’, to almost come to terms with the suicide of my father, to learn how to cheer up in the eyes of the world. Seriously though, it’s nice, isn’t it? (...) He sang the lyrics as if he felt that, despite the pain, he was going to live forever." 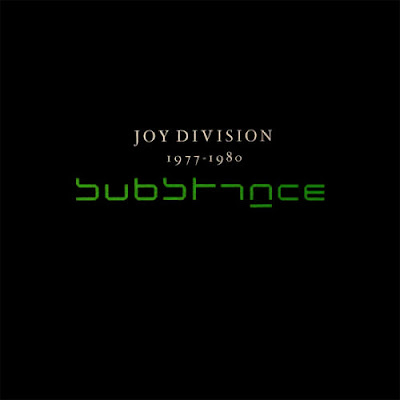 (My favorites of the lesser-known tracks)

Readers, was my review useful? Any thoughts on the music? What is your favorite Joy Division song?