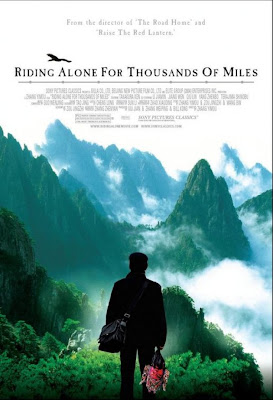 A beautiful and emotional Chinese film with English subtitles. It was directed by one of the most famous Asian directors Zhang Yimou.

I really liked the story and it didn't matter it was from China, as I felt the story about son and father was universal. The story is about how we are broken by hiding feelings and how we break loved ones in the process. Essentially, the film is how we communicate, and the longing to connect.

The English title “Riding alone for thousands of miles” is misleading, I think. You might think it was a story about someone travelling by himself, but the characters are rarely alone.

Gorgeously photographed, as you can see from the screenshots I’ve selected. I was left feeling China is a very beautiful country. There is a kind of peacefulness about the images, which I liked. The tranquil movie poster gives a good indication of this. 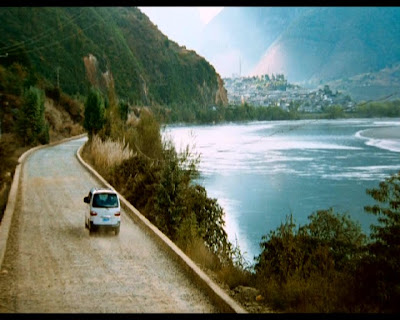 According to my DVD, the setting is widely believed to be the inspiration for the magical land of Shangri-la in James Hilton's classic novel Lost Horizon.

The story was a moving emotional journey, I think it would spoil your enjoyment to say too much. 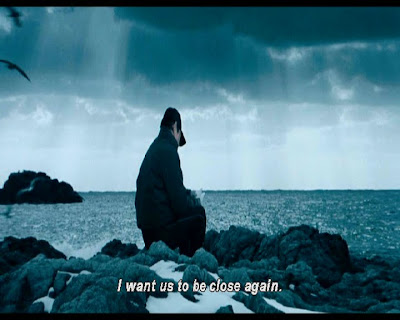 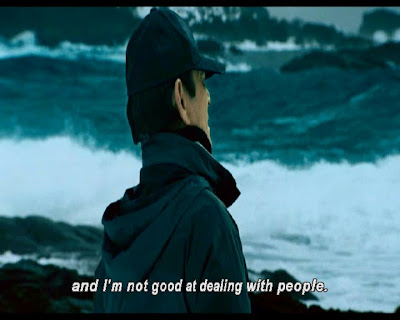 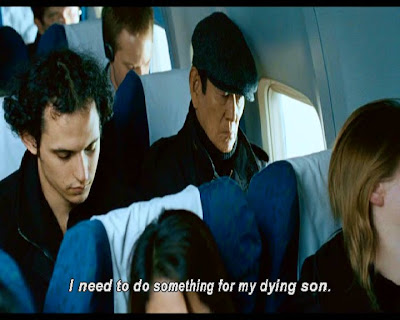 The main character playing the father felt slightly like the quiet main character in About Schmidt (2002), if that means anything to you. It may also have been the old man's voice-overs and hat that convinced me of this.

The conversations between the daughter-in-law and father were some of the most powerful, emotional and psychologically interesting scenes in the movie in my opinion. The scenes in the prison are also intriguing seen by someone living outside of Asia.

I agree with these other reviewers, who calls it "one man's journey both into the world and into himself." And that the movie “makes you think about yourself and your own life”. I agree with the assessment of a third reviewer, who writes: "Director has chosen locations (and colours) to reflect character's moods."

I might have liked it even more, if it had more back story about the main characters.
There are no martial arts. It's a warm and moving Asian drama with several emotionally powerful scenes that stayed with me.


Readers, any thoughts on the film?
Posted by Chris at Thursday, February 17, 2011