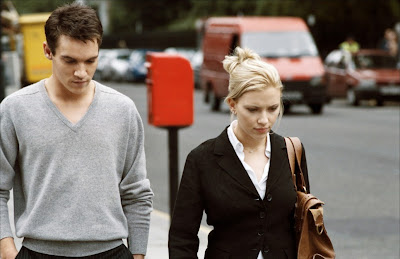 Directed by Woody Allen, although doesn’t feel like an Allen film one bit. First thing you will notice is, he has left behind his beloved New York, and thank God he stays behind the camera.

Takes place in the UK with mostly a British cast. Very entertaining and rewards those who have knowledge of Fyodor Dostoevsky’s classic novel Crime & Punishment. It’s a contemporary version of that story.

In the film, we see the main character Chris has read about 25% of Crime & Punishment, which is the crime part. We don’t know if he finishes the book. In what way has Chris been influenced by it? And is he not aware of the ensuing feeling of guilt? Or did he finish the book and is reliving the novel as a kind of experiment?

I love the river scene where the ring is thrown, it really sums up how random life is, and is a reference to earlier scenes I love where Chris speaks about how people hate how luck plays such an important part in life, and the restaurant scene where they discuss luck versus hard work. You can question whether the ring being found was lucky or unlucky for Chris based on his guilt.

A story about what drives us, love or lust? Greed or luck? Chris talks about how he would rather be lucky than good. The question is, when you get lucky and things go your way, is that always a good thing? How far are you prepared to go to ensure your own happiness? Chris lives a double life, he appears unable to choose between passion, or electing the safe bet and settling down. Perhaps Chris' problem is he thinks he can become happy without feeling love. Does he even know himself what he really wants?

Woody Allen analyzes the upper class system in Britain in an almost anthropological way, the film shows how Chris infiltrates a family, for example by working at a tennis club for wealthy members, and deciding to like Opera, becomes he wants to move up in the ranks. 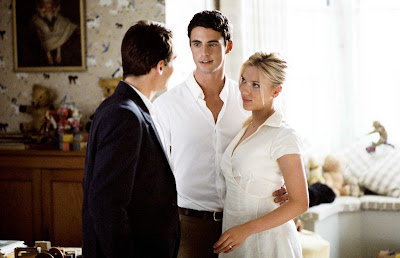 Others have compared the film to George Stevens’ classic movie A Place in the Sun (1951) or Adrian Lyne’s Fatal Attraction (1987).

The performance by Jonathan Rhys Meyers was very wooden I think, he speaks his lines like a bad actor, but then again he played someone a little bit cold, so this could have been intentional? His acting definitely improved in the last 15 minutes for me. I haven’t seen him in anything else to judge, if he is a good or bad actor, his appearance and mannerisms remind me a bit of Joaquin Phoenix.

And of course who could forget Scarlett Johansson, who is especially sexy here, and she lights up the screen everytime she's in a scene.

I love the title, Match Point, it’s about that important moment where you can win or loose, and have no control. If the ball hits the net and lands on your side it’s unlucky, but if it lands on the opponents side luck is on your side. The ring mentioned earlier becomes a metaphor for the tennis ball.

My favourite Woody Allen films are Match Point and Manhattan (1979), I can’t make up my mind which of those I like more right now.


Readers, any thoughts on the film?
Posted by Chris at Monday, February 21, 2011