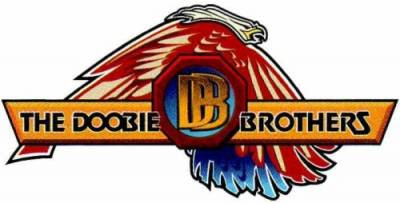 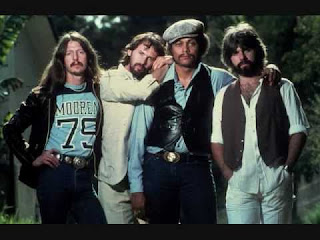 Certain band's fit nicely into a specific decade. The Doobie Brothers is such a band, whose most revered albums were released 1971-1978. In 2004, they were inducted into the Vocal Group Hall of Fame, and many believe they should be in the Rock & Roll Hall of Fame for their contributions to music.

Most agree on the decline began in the 80s. One Step Closer (1980) is a bland album which I barely remember. Michael McDonald decided to pursue a solo career in 1982 (which I haven't listened to so can't comment on). The Doobies didn't make another LP until 1989.

This post is about the 1970s, which is generally considered the heyday of The Doobie Brothers. Similar to what happened with Genesis, the Doobie Brothers went from rock to pop. That's oversimplifying their music though, which I will elaborate on in the mini-reviews below.

Michael McDonald’s vocal (from 1976-1980) is more distinctive than Tom Johnston's, who was forced to take a break from singing in the mid 70s due to heal issues.
The McDonald era is pleasant, but some argue is a bit tasteless, with the occasional catchy radio hit standing out. There are fans of both eras, I prefer the earlier rockier stuff. 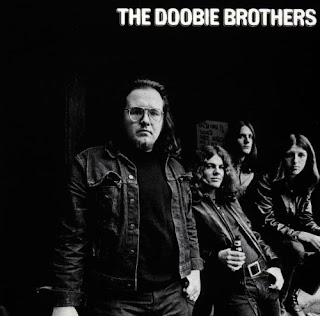 The Doobie Brothers by The Doobie Brothers (1971)
Yacht Rock / Country Rock. A harmless debut from their pre-Michael McDonald days. Passable entertainment. Not much variety, but a few good tracks such as Nobody, Travelin' Man, and my personal favorite Greenwood Creek.
6/10 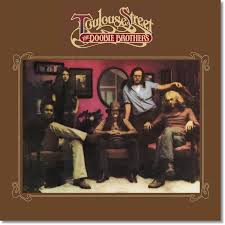 Toulouse Street by The Doobie Brothers (1972)
More ambitious than their 1971 debut. There's quite a nice variation throughout the album with genre detours, and faster and slower tracks. The two openers Listen to the Music and Rockin' Down the Highway get a lot of love, but I find them too similar back-to-back.
Of the two, Rockin' Down the Highway I prefer, which is suitable for a road trip compilation.
Mamaloi goes in a surprising reggae-styled direction. The title track Toulouse Street is vocally Cat Stevens-esque, which I like for the horn midway. Don't Start Me to Talkin' is very bluesy. Jesus Is Just Alright is the album highlight, with its catchy foot-tapping melody and sing-along lyrics. Also enjoyed Disciple, a long-ish jam with an infectious riff.
8/10 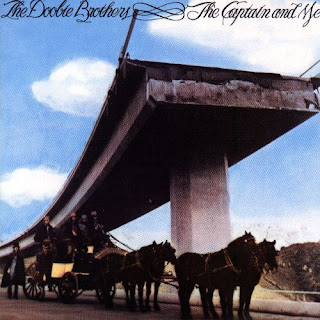 The Captain and Me (1973) by The Doobie Brothers
Considered their best album. You can’t fault the musicianship, nothing is out of place and the players work very well together. Long Train Runnin' and China Grove are two Doobie Brothers classics which still get radio play. The album has plenty of replay potential and is more cohesive in its rock sound than the experimental Toulouse Street (1972).
8.5/10 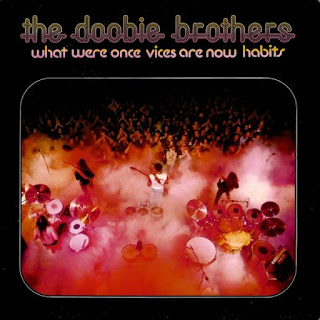 What Were Once Vices Are Now Habits (1974) by The Doobie Brothers
Not instantly accessible and less commercial than The Captain and Me (1973). Black Water has the catchiest chorus, while Road Angel is strong for the guitar work. Some of these songs, such as Eyes of Silver, want to be hits, but don't quite get there.
The quality dips a bit in the middle with the trio of songs, You Just Can't Stop It , Tell Me What You Want, and Down in the Track.
Another Park Another Sunday and Daughters of the Sea are a step up. As with other Doobie Brothers albums, the lyrics are probably the least interesting aspect. Not a perfect record, but more potent than the albums that would follow.
8/10 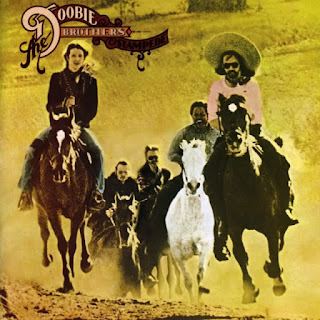 Stampede (1975) by The Doobie Brothers
Goes in a country-rock direction. Their weakest so far. The somber outlaw ballad I Cheat the Hangman is quite haunting, but most tracks are unremarkable. There's a burst of energy towards the end with I Been Workin' on You.
4/10 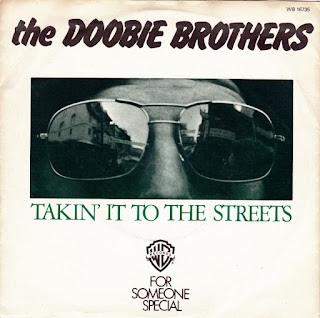 Takin' It to the Streets (1976) by The Doobie Brothers
A transitional album, with Michael McDonald stepping in as vocalist. Would mark the beginning of their pop direction. The singles Takin' It to the Streets, It Keeps You Runnin' and especially Wheels of Fortune are the highlights. The non-singles disappoint and are forgettable.
5/10 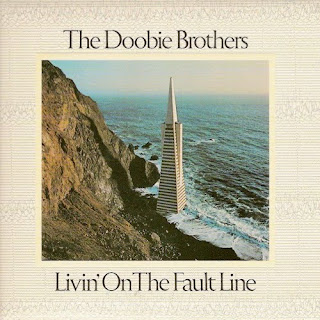 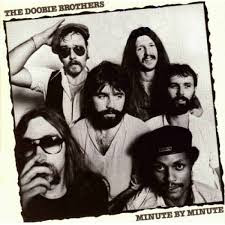 What do you think? As always, comments are welcome
Posted by Chris at Monday, May 08, 2017

Email ThisBlogThis!Share to TwitterShare to FacebookShare to Pinterest
Labels: The Doobie Brothers