Favorite discoveries from Guardians of the Galaxy Vol. 2 soundtrack 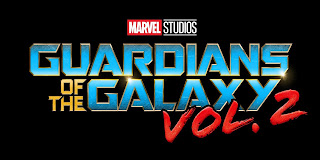 I should preface by admitting I have not seen Guardians of the Galaxy Vol. 2, so I can't discuss how the music fits with the movie. In this post, I'm only including new-to-me song discoveries and won't talk about the movie.

Lake Shore Drive by Aliotta Haynes Jeremiah (1971)
The piano really stands out. A lesser known gem by a band whom I had honestly never heard of before. The title alludes to the drug LSD, although I've read it's named after the Chicago lakefront roadway.


Southern Nights by Glen Campbell (1977)
Written and recorded by Allen Toussaint, from his 1975 album Southern Nights, and later becoming a chart-topping hit for country music singer Glen Campbell. The lyrics of Southern Nights were inspired by childhood memories Allen Toussaint had of visiting relatives in the Louisiana backwoods, which often entailed storytelling under star-filled nighttime skies. So I guess you could say it's technically a song about Louisiana. Might come in handy for Alyson's An American Odyssey In Song series.


Surrender by Cheap Trick (1978)
About the relations between the narrator and his parents. A warning about STD's. Those who grew up with the song in the late 1970s are probably on the other side now with kids of their own.  Rolling Stone deemed it "the ultimate Seventies teen anthem" and ranked it #471 on its list of "the 500 Greatest Songs of All Time"