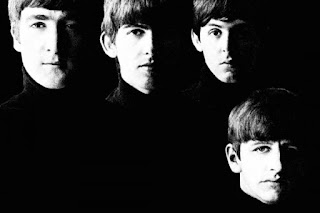 A Beatles heavy month, I managed 7 of their albums. I wanted to complete the Beatles discography so I could rank them, but couldn't bring myself to listen to the fab fours earliest material Please Please Me (1963) and With The Beatles (1963), which seem mainly for teenagers. Also remaining, Yellow Submarine (1969), Let it Be (1970) and the compilation Past Masters (1988), which I'll get to later. White album (1968) and Abbey Road (1969) I was familiar with.

On a side note, you may (or may not) have noticed I've expanded my album top 10s on the Music page, which now includes the years 1965- 2009. Obviously incomplete, I have a long way to go. Feel free to make album suggestions over there for what I overlooked, or should listen to next! 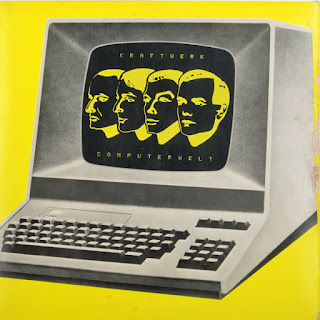 Computerwelt by Kraftwerk (1981)
As with Kraftwerk's Radio-Aktivität (1975) which I reviewed last month, Computerwelt tackles another of the 20th Century's big innovations, in this case computers. Not for everyone, but a beautifully crafed album.
9/10 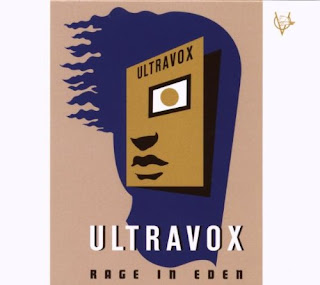 Rage in Eden by Ultravox  (1981)
Very powerful. A synthpop album that sounds amazing from start to finish, and you can tell a lot of care has been put into each song. Better than Vienna (1980). Want to explore the rest of Ultravox's discography.
9/10 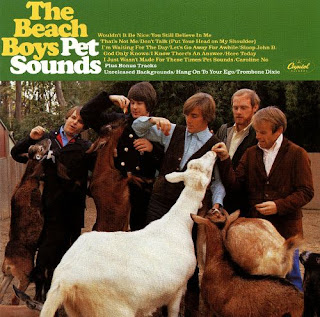 Pet Sounds by The Beach Boys
The title Pet Sounds was derived from the last track which ends with a dog barking. God Only Knows and Wouldn't It Be Nice are the recognizable hits, but it's the ambitious writing that really stands out for me. The lyrics are universal and timeless, and make you think about your own life.
In terms of the production, Brian Wilson used Phil Spector's wall of sound session musicians and tried something new.
9/10 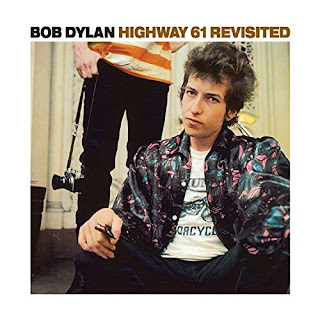 Highway 61 Revisited by Bob Dylan (1965)
The album when Dylan went electric. That aspect is not as shocking for today's audiences. I didn't love all of these songs, but he is a great lyricist and lengthy tracks were groundbreaking back then.
Like a Rolling Stone, Ballad of a Thin Man, and Desolation Row are classics.
8/10 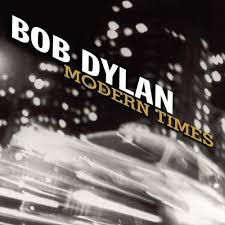 Modern Times by Bob Dylan (2006)
His late-career crocky, raspy vocal will divide audiences, and undermines what are some of my favorite Bob Dyan lyrics.
7/10 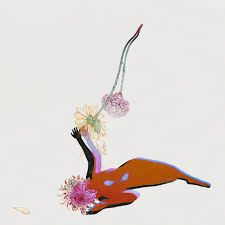 The Far Field by Future Islands (2017)
Seems to have motion as its theme, and certain tracks would be ideal running music. The album is too samey, and the second half has some filler, but there are 3-4 vibrant tracks. Cave, Aladdin and Day Glow Fire are enjoyable for the bass and synth work, while album highlight Ran with its running video is the most powerful, and an early candidate for song of the year. The sad, slower ballad Candles might be a grower. Debbie Harry's guest appearance on Shadows is forgettable. In a year with so little new music to get excited about, this will do for now. Good but not great.
6/10 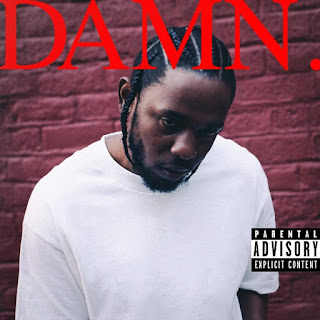 DAMN by Kendrick Lamar (2017)
A disappointment considering his previous work. Well-written here and there, but unenthralling and rather boring presentation. Lacks memorable tracks. Humble has a punchy piano melody, although it's quite repetitive and I disliked the lyric. Album highlight Fear has a smooth beat, sampling 1973's Poverty's Paradise by The 24-Carat Black. Not as accessible to the mainstream as To Pimp a Butterfly. For hip hop fans only.
4/10 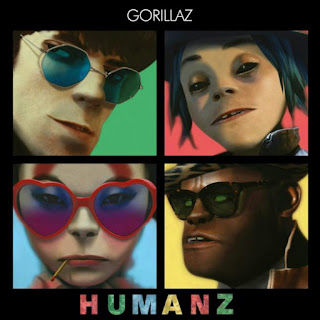 Humanz by Gorillaz (2017)
I've sporadically enjoyed Gorillaz hits in the past, without actually listening to albums in their entirety. Based on the early 2017 singles, I had very low expectations.
I found 5-6 good songs, especially Strobelite, We Got The Power, Andromeda, Busted and Blue, She's My Collar, and Hallelujah Money, yet as an album experience I feel unsatisfied. Most of the other cuts I failed to connect with, because had very little melody or emotion. Perhaps will appeal to hip hop fans, because many tracks go in that direction.
I sense there's an attempt to inject some heart into the songs I highlighted. Sadly the modern computerised production is too cold and soulless for me to feel much for the album as a whole. A mixed bag.
6/10 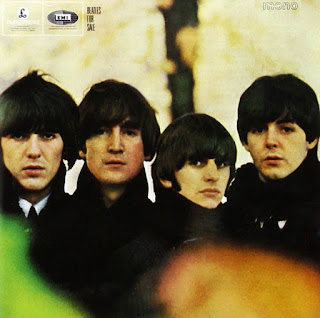 Beatles for Sale by The Beatles (1964)
Teenage heartbreak songs. Eight Days a Week is the big hit, and No Reply is very catchy too.
6/10 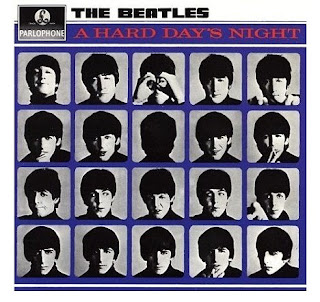 A Hard Day's Night by The Beatles (1964)
Catchy pop geared towards a young audience. I'm in my mid 30s, so I'm the wrong age for this type of music. And I Love Her is sung with feeling by McCartney, yet most of the other stuff here is overly commercial and a bit impersonal.
Best songs: A Hard Day's Night, If I Fell, And I Love Her, Can't Buy Me Love
Lesser known highlight: Things We Said Today
7/10 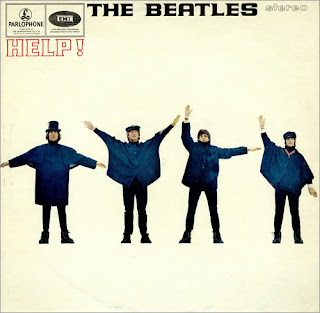 Help! by The Beatles (1965)
Similar package to A Hard Day's Night, in that it's a soundtrack of catchy pop aimed at radio and mass appeal.
In contrast to A Hard Day's Night, there's an attempt to appeal to an older demographic with lyrics to Help!, Yesterday and I Need You, but still wanting to maintain the adolescent listeners.
Best songs:
Help!
You've Got to Hide Your Love Away
Ticket to Ride
Yesterday
Lesser known highlight: I Need You
8/10 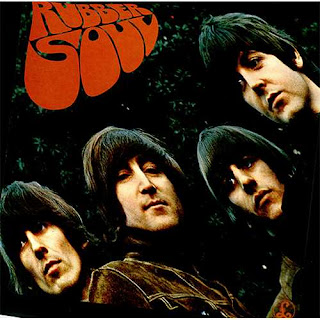 Rubber Soul by The Beatles (1965)
One of my favorite Beatles albums with some great melodies. You can sense the growing maturity in their songwriting. There are Beatles hits (Drive My Car) which are simplistic entertainment and make you forget the world, and then there are affecting songs such as Norwegian Wood, Nowhere Man, Think For Yourself and In My Life, which are about life and touch your soul. Rubber Soul thankfully has many of the latter category. The Word and What Goes On annoy me for the choruses, other than that I have no complaints. A classic with endless replay value.
9/10 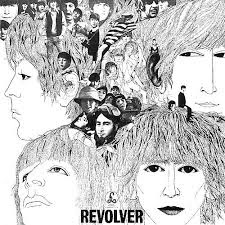 Revolver by The Beatles (1966)
Considered by critics to be among the best LPs of all-time and best Beatles releases. Admirable for its aesthetic and influence, but not a personal favorite.
Production wise more experimental than the folk rock of 1965's Rubber Soul, with electric guitars, Indian music, piano, horns, orchestral florishes and vocal distortion.
There are undeniable classics (Eleanor Rigby, Yellow Submarine, & Got to Get You Into My Life) but those are few and far between. My favorites of the lesser knowns are Here There and Everywhere, She Said She Said, For No One and I'm Only Sleeping. Weaker tracks Good Day Sunshine and Doctor Robert needn't have been included.
A strong set of tracks, with some really good non-singles, but Revolver's lyrics aren't quite as emotionally involving as their 1965 effort. In time, it's possible I'll grow to love it to the same degree as other Beatles albums.
8/10 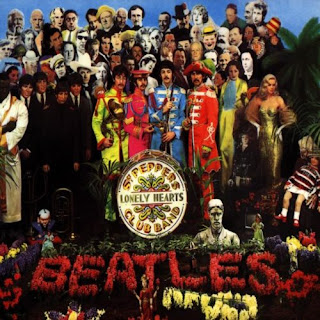 Sgt. Pepper's Lonely Hearts Club Band by The Beatles (1967)
The Beatles’ concept album. A big number of hooks, so that you can enjoy simply by listening to the melodies, or if you choose, listen to the words. The sleeve is iconic and many things have been written about it, with the Beatles reinventing themselves as Sgt Peppers Lonely Heart Club Band, a fictional alter ego group, which allowed them to experiment.
Probably one of the most innovative, consistent and best-loved Beatles LPs. A commercial and critical success. Rolling Stone magazine ranked it number one in its list of the "500 Greatest Albums of All Time". Producer George Martin claimed Sgt Pepper was an attempt to match the quality of Pet Sounds, a landmark release in 1966 by the Beach Boys.
The closer A Day in the Life gives me goosebumps, and there really isn't a weak track.
10/10 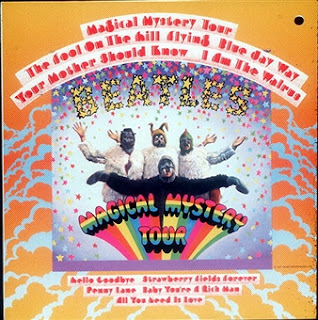 Magical Mystery Tour by The Beatles (1967)
An album of two distinct halves. Reminds me of Kate Bush's Hounds of Love, with the pop stuff and the art stuff included separately.
8/10

Email ThisBlogThis!Share to TwitterShare to FacebookShare to Pinterest
Labels: Albums of the month, Bob Dylan, The Beatles