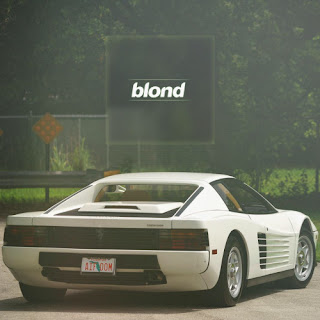 11.)
Sister by Angel Olsen
Indie Rock. Singer/Songwriter. The most affecting track on her latest. Olsen has named it her favorite from the album, "a reflection on love which isn't romantic". Perhaps a plea for a sister and what Angel Olsen would teach this sister about growing up. Whether you've always wanted a sibling, or already have them, this might hit you in the gut. Pitchfork interpreted the song as an existential struggle: Though some may think Olsen is singing about her actual sibling, her inward reflection suggests that the sister is within, the parts of herself that she’s learned to love over time.


14.)
To The Rescue by The Divine Comedy
Chamber Pop. My favorite of the non-singles, which can be read on several levels, presumably there's a shout out to My Lovely Horse Rescue, a charity Hannon co-founded with his girlfriend and animal lover Cathy Davey.


15.)
You Want It Darker by Leonard Cohen
Singer/Songwriter. “A million candles burning for the help that never came” says a lot in just a few words about the unfairness of the world. Leonard Cohen was a Jew and apparently the song could be interpreted as about the holocaust. A true poet never loses it and he still had a way with words at 82. RIP Leonard Cohen.


16.)
Pictures on a Screen by Kate Tempest
UK Hip Hop. An introspective account of modern day emptiness and discontentment.


17.)
Going All The Way Is Just The Start by Meat Loaf
Rock Opera. The guest singers do a fine job of supporting Meat Loaf’s frail vocal.

What do you think? As always, comments are welcome. Tracks 1-10 coming soon!
Posted by Chris at Wednesday, April 05, 2017