Films of the month: March 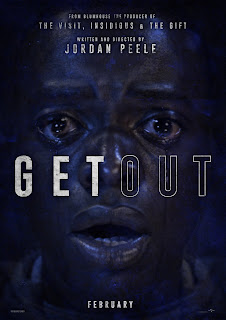 Get Out (2017) (Jordan Peele)
A strong directorial debut. The film keeps the viewer guessing, which heightens the suspense. To me, it’s rather unfinished, so I suppose we should make up our own minds as to what happens next. I think the writers could easily have made the ending even more tangled. A disturbing horror film. I hope it isn’t based on real events. Word is that it’s a horror-comedy, although I didn't connect with the humor, with Chris’ friend providing comic relief. The latter didn't matter, as it works as horror/drama.
8/10 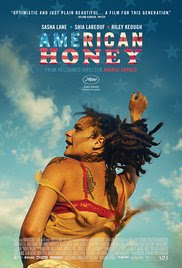 American Honey (2016) (Andrea Arnold)
The door to door encounters were entertaining, and so was her adventure with the cowboys, and the ‘dream baby dream’ truck driver scene. Wants to be an 'On The Road' for the 21st Century, and sporadically it’s great. Less compelling when the traveling sales crew are gathered. The last scene however elevates the film. Should have best nominated for Best Picture. Sasha Lane delivers one of the finest debut performances in recent memory and by the end of the film you feel you have been on a journey with her.
I love the soundtrack which makes good use of songs such as We Found Love by Rihanna, Choices (Yup) by E-40, Fade Into You by Mazzy Star, American Honey by Hillary Lindsey, God's Whisper by Raury, I Hate Hate (But I Love Love) by Razzy Bailey, and Dream Baby Dream by Bruce Springsteen
8/10 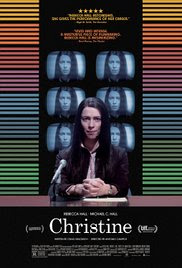 Christine (2016) (Antonio Campos)
Based on a true story about television news reporter Christine Chubbuck. A complex woman, she has mood swings, a difficult relationship with her mother, and finds it hard trusting and befriending co-workers. Besides that, she has stomach pains, which she believes are a result of stress. She wants to matter in her job and often gives the excuse “I have work to do”. Well-acted and Rebecca Hall's performance is absorbing. A character study more than anything. On the downside, the dialogue is a bit unsubtle and over-explanatory, although there is still ambiguity about the ending.
7/10 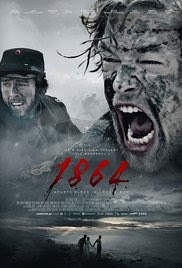 1864: Brødre i krig (2016) (Ole Bornedal)
About the war between Denmark and Germany, the conflict was a disagreement over who should rule over the piece of land that joins the two countries. The longer tv-series lacked the political angle of why the war started and the same is the case with the 2h movie version. On the positive side, the battles are believable and dramatic, and the journey of the main characters is gripping. A film that shows you the horror of war up close.
7/10 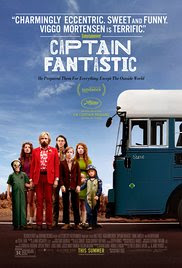 Captain Fantastic (2016) (Matt Ross)
This review contain spoilers. Although it's not perfect, Captain Fantastic was still enjoyable enough. About rejecting and accepting aspects of society, conforming to and freeing yourself from family rules. The advantages and disadvantages of home schooling.
I had a few problems though, dangerous rock climbing is irresponsible parenting, and stealing is impossible to get away with nowadays with surveillance cameras. It was hard to wrap my head around the children could be so naive and so knowledgeable at the same time.
Major spoiler! The climax of whether the kids go to school is open-ended. It’s highly probable their father allows them to if they so want. This makes the film about the need for parental compromise and seeing the benefits of your kids spending time outside the home.
6/10 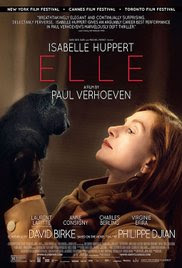 Elle (2016) (Paul Verhoeven)
A return to form for the director. Elle is an adaptation of Philippe Djian’s novel ‘Oh…’ A mix of thriller and character study. I could see people being repulsed because (as with 2002’s Irréversible) there are uncomfortable scenes of rape. Isabelle Huppert has a history of playing complex, damaged, difficult people, and this is no exception. She is loving in some moments, and compassionless and unpredictable in others, as we all are.
Paul Verhoeven seems interested in how we perceive a victim. He wants us to empathize and yet makes her do unlikeable acts. Not all victims are likeable, but she remains fascinating for her elusiveness and morally dubious actions. Maybe her agenda was to refuse to be a victim. I'm not sure what role her career in the buisness world played, although it's probable she got her confidence from her job.
Just my interpretation, I got the feeling she took fulfilment in being the detective herself, keeping the police out of it, and figuring out who her stalker is and why he behaves that way. Her erratic behaviour, and refusal to involve the police and press was probably due to a troubled past.
Huppert said in an interview: "So it could be that whatever tragedy comes her way will always be less than the tragedy she had to face as a child. That could be a possible guess about the way she reacts to the rape"
The ending was the weakest part and a bit too tidy, real life rarely works out that way, but most of the film is thought-provoking and keeps you on edge. As another reviewer wrote: "you're not sure who you're rooting for"
8/10 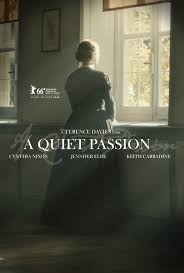 A Quiet Passion (2016) (Terence Davies)
The opening 30 min are repetitive scenes of the same thing. Gets better in the remaining 90 min.
The Dickinson family had wit, but also a touch of superiority towards lesser minds. The humor is very dry, I sometimes wondered whether the intention was for comedy or awkwardness.
American poet Emily Dickinson was a very private person, who was content staying at home without a husband, although there are indications their father has an overly domineering, repressive nature, and Emily admits she is deceiving herself in terms of finding love. I had almost zero knowledge of the author, so I don’t know how autobiographical the film is supposed to be. I would’ve preferred another actress than Cynthia Nixon, her smile kept reminding me of Sex and the City. The panic attacks were pretty scary to watch. A film with enough going on that I could rewatch, once I’ve read the poems.
7/10 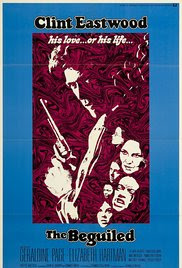 The Beguiled (1971) (Don Siegel)
Set during the Civil War, about a wounded Yankee soldier (Clint Eastwood) who seeks refuge in an isolated girls school in the South. Based on a 1966 Southern Gothic novel written by Thomas P. Cullinan, originally titled A Painted Devil.  A slow build-up in which you become acquainted with the characters. Especially the last 45 minutes are memorable and surprising. Early on in the film there’s a controversial kiss which will disturb some viewers. Sofia Coppola’s remake is out later in 2017.
8/10 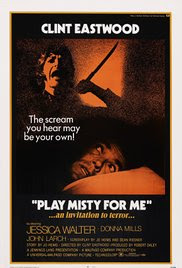 Play Misty for Me (1971) (Clint Eastwood)
Clint Eastwood's debut as director. The script is of its time, when you couldn’t see the call number. A moderately entertaining thriller, although a bit by-the-numbers. Not the most surprising story. Probably was more audacious in the 1970s, whereas today the plot is a bit tired and overused. I can see the influence of early 70s giallos. Jessica Walter deserves recognition for her perfomance. Clint plays a DJ and I enjoyed discovering the jazz standard Misty by Erroll Garner.
5/10 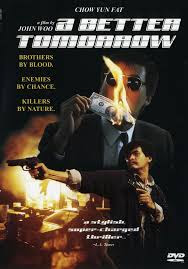 A Better Tomorrow (1986) (John Woo)
One of the most influential and commercially successful Hong Kong action movies. The good news I cared about the characters. Chow Yun Fat’s character is charismatic and I can see why he became a star. Enjoyed the soundtrack. A weakness is the story is a tad similar to Woo’s 1989 film The Killer.
If I had watched A Better Tomorrow in the mid 80s I think would have made a bigger impression. The slow-motion action was ground-breaking back then. Today it’s commonplace so less impactful. Woo took the action scenes to the next level on his subsequent films. Not that bigger is necessarily better. A Better Tomorrow has 2-3 intense, well-crafted gun battles. But you may feel a little cheated, if you are viewing mainly for the slow motion action, as those are only a small amount of the running time. In this case, I actually think less action works in the context of the story. A workplace in which ex-cons are hired was a neat idea which could be implemented all over the world.
7/10 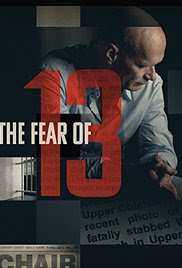 The Fear of 13 (2015) (documentary) (David Sington)
True crime death row documentary. A man (Nick Yarris) telling us his life story, the ups and downs. He is a great storyteller. A riveting and affecting watch.
8.5/10 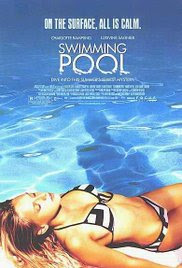 Swimming Pool (2003) (François Ozon)
The pacing is a bit slow, but a sensuel thriller you have to finish to find out what happens. The ending is very clever. A visually driven, voyeuristic film that stays with you.
8/10 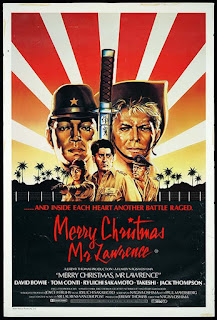 Merry Christmas, Mr. Lawrence (1983) (Nagisa Ōshima)
Just to be clear, this is not a Christmas movie! Probably best remembered for its haunting score by Ryuichi Sakamoto, and David Bowie as the lead. His character is held captive in a Japanese PoW camp during World War II together with other British soldiers. They are subjected to oppressiveness, humiliation and starvation. Bowie’s character is the most cocky and rebellious. A war film not about combat, but about power, control, questioning concepts of honor. Memorable scenes include eating red flowers, cheek kissing, and the buried alive sequence.
Similarities to Bridge over the River Kwai, although the stories are different. Kwai was based on action, this 1983 film is conversational and low-key.
Took a few attempts to finish, kept falling asleep. I could see viewers giving up on this one because it’s rather slow and hard work to watch. I don't think the story quite earns its climactic payoff, although the last scene does somewhat pull at your heartstrings.
6/10 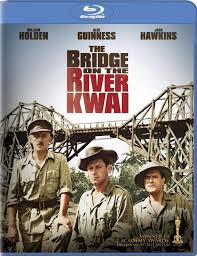 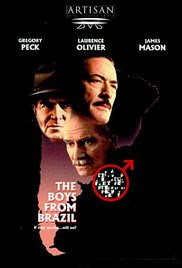 The Boys from Brazil (1978) (Franklin J. Schaffner)
Thriller. Two scenes which stand out, the revelation of the boy’s identity, and when they visit the house with the guard dogs. Surprising twist and Gregory Peck is menacing as the bad guy.
7/10 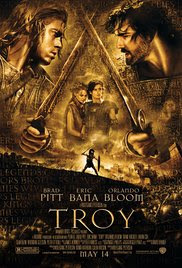 Troy (2004) (Wolfgang Petersen)
Popular to criticize, and admittedly doesn’t capture the nuances of The Iliad on which the story is based. The end credits say Troy was inspired by so not a direct adaptation. As spectacle it’s entertaining enough, and the look of the production design is believable. The dazzling scenes of a thousand ships and 100s of men are epic and probably would be more impressive at the cinema. I watched the theatrical cut which is 2½ hours and I was never bored. There are sword fights, mass battles, and muscular warriors, so something for both male and female viewers.
The consequences of war is depicted well. Power hungry rulers wanting to conquer but at a great cost for the military and citizens. At the time of the film's release comparisons were made to the Bush administration's invasion of Iraq.
I’m not a Homer expert, but a strange blend of anti-war message side by side with an indulgence in heroes and violence.
6/10 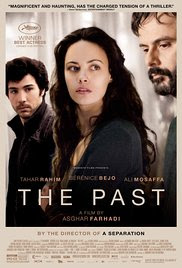 The Past (2013) (Asghar Farhadi)
Rewatch. Writer/director Farhadi has a talent for portraying complex familial conflict. Everyone is a victim in The Past, and you feel sorry for the children who are exposed to the adult's disorder. Not sure this story has a solution though, the film just kind of stops. Sometimes life doesn't have quick fixes. We each have different ways of dealing with the past.
Favorite quote: "You can't keep saying whatever you want and just say sorry"
8/10

Any thoughts on these films and reviews? As always, I'd like to hear what you think in the comments.