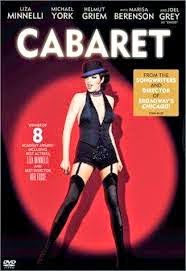 Cabaret (1972)
Won 8 Oscars. Good performances by all involved. The musical numbers have impressive editing but the songs were surprisingly unmemorable. The only one I remember is the title track "life is a cabaret" sung by Liza Minnelli. It was the love story that interested me more than the music. I'm curious how this measures up against Bob Fosse's other musical All That Jazz (1979), which I'll be seeing soon.
Rating 8/10 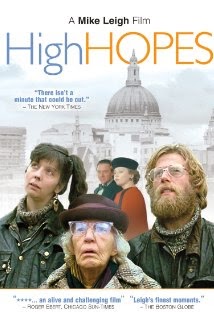 High Hopes (1988)
Directed by Mike Leigh. Mixing both depressing relationships and laughs, the themes are a bit heavy handed with the class depictions. A bit dated and not among my favorite Leigh films. Good performances, but a bit of a downer with the relentless bleak score. Shirley and Cyril are easy to like, while the rest of the characters tend to be caricatures. Not an essential watch. Mike Leigh would only get better from here.
In the director’s own words, High Hopes is about the difficulty of being a socialist during the 80s Thatcher years. In one of the film's central scenes, Cyril has an argument with a young idealist about how the revolution will happen. The conversation goes round in circles as the various means of action are discussed, until the only options are talking in meetings without changing anything, or sitting on one's backside. There is discussion as to whether inaction or inertia is a legitimate form of protest.
Rating 6/10 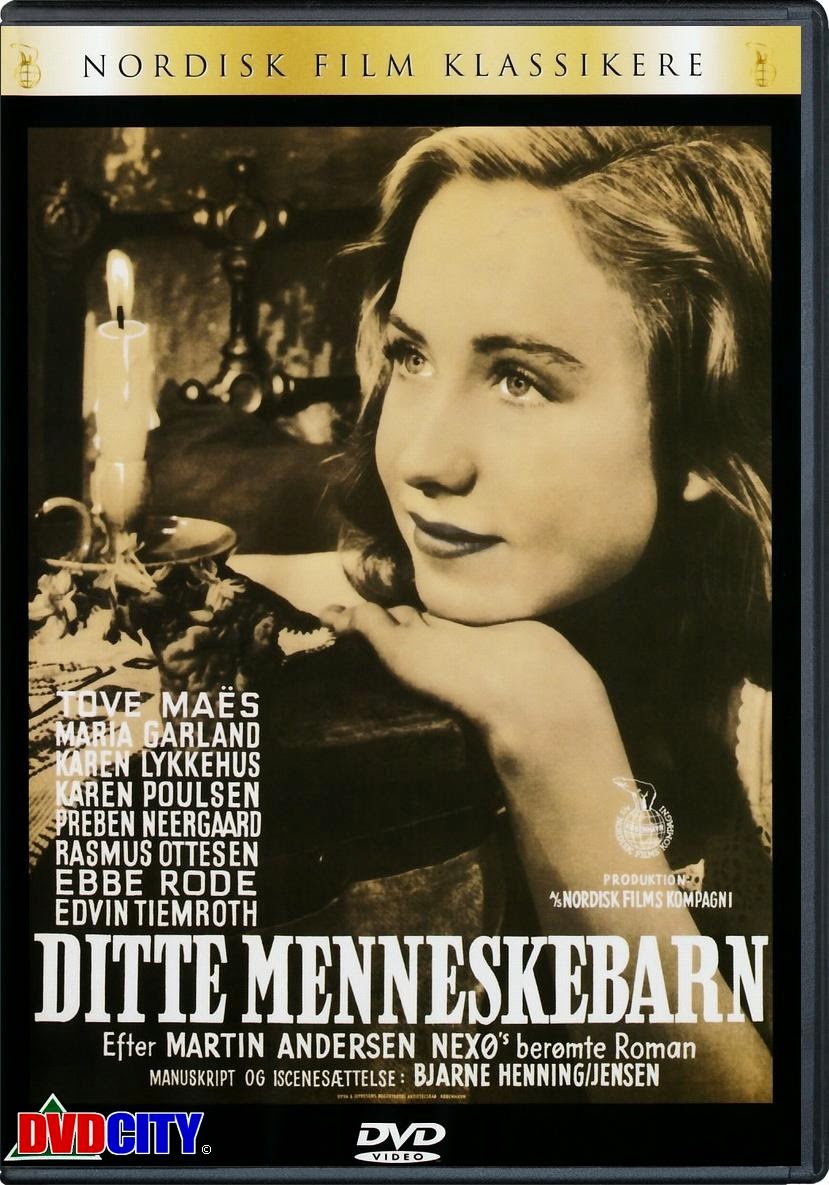 Ditte Menneskebarn (1946)
I don't know if the film is available with English subtitles. Considered among the best Danish films of the pre 1950s. The best performance by a child actor I've seen in a while, it's easy to root for the main character Ditte.
A realistic depiction of life in Denmark during the 1800s, people living at the bottom of society. The story centers on a family and a child born out of wedlock.
Ditte Menneskebarn (1917–21) is a novel by Martin Andersen Nexø. He also penned Pelle the Conqueror (1906-10), which won an Oscar for Best Foreign Language Film in 1987.
Rating 8/10 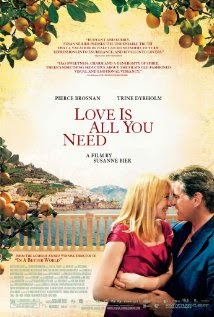 Love is All You Need (2012)
Light-hearted romantic comedy by director Susanne Bier. Pierce Brosnan does his best with a cast consisting of mainly Danish actors. It’s watchable and charming, and quite different to Bier's other work.
Rating 7/10 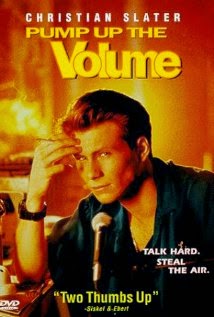 Pump up the Volume (1990)
Empowering anti-establishment teen movie starring a young Christian Slater. About seizing the day and being part of a something. Thematically similar to other rebellion movies such as Over the Edge (1979) and Dead Poets Society (1989)
I was a bit underwhelmed by the soundtrack, but it's definitely a very good high school movie.
Raring 8/10 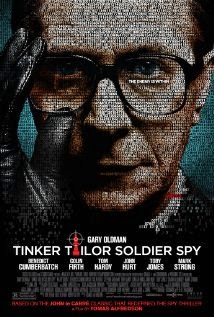 Tinker Tailor Soldier Spy (2011)
Despite an excellent cast, a very dull and unmemorable espionage film. I hardly cared who was the mole in the organization. Probably the 70s TV-mini-series and book are superior.
Rating 5/10 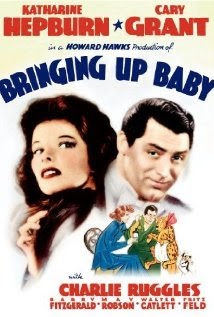 Bringing Up Baby (1938)
Entertaining screwball comedy starring Cary Grant and Kathrine Hepburn. Funnier than I expected, especially the jail scenes.
I do agree with SJHoneywell at 1001plus that Hepburn's character is self-centered and difficult to warm to, but I'm willing to forgive that aspect because I enjoyed the comedic elements.
Rating 8/10 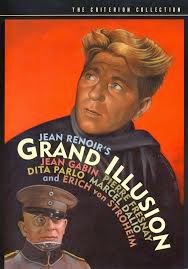 La Grande Illusion (1937)
French drama directed by Jean Renoir. POW drama set during WW1. About the value of freedom. Sometimes it takes the horrors of war to show us the things we have in common. The last act was my favorite part, and sporadic memorable quotes throughout.
I wouldn’t call it a masterpiece as some have, but it did set the template for a number of prison movies that would follow.
According to film critic David Thomson: "The point of the story is that a bond exists between the aristocratic Boeldieu and von Rauffenstein that is more significant that the ties among Frenchmen. The rules of social class crossed and in many ways superseded national boundaries.
Favorite quote: ”For me it's simple. A golf course is for golf. A tennis court is for tennis. A prison camp is for escaping.”
Rating 7/10 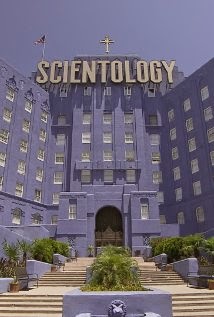 Going Clear: Scientology and the Prison of Belief (2015) (documentary)
I caught this on TV since it was on anyway. A documentary that is extremely anti-Scientology. It's informative if you want to know more about the secrets of the religion. However the filmmakers are biased in their dislike of the church, so it's a bit one-sided.
Airing on HBO on March 29, 2015, it was a major ratings success and by mid-April 2015 had attracted 5.5 million viewers, making it the second most-watched HBO documentary in the past decade.
Apparently the Scientology church complained the doc was a smear campaign, full of lies.
Rating 8/10 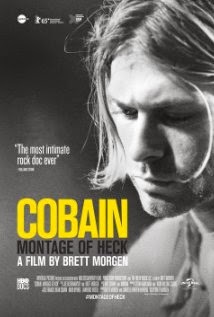 Kurt Cobain: Montage of Heck (2015) (documentary)
About the life of Nirvana's lead singer. The documentary is a portal into his mind, the filmmakers had access to his diaries and notes. The film is authorized by his family, who also appear in interviews. A troubled childhood and teenage life, Kurt was rejected by his family, who couldn’t deal with his manic behavior.
I didn’t know he had stomach pains from singing, and that he started taking drugs to relieve that discomfort. It’s unclear whether this was still a factor at the time of his suicide.
To me, Kurt seemed like he was confused. A sensitive soul who hated bad reviews, but can’t really deal with all the success. Despite his good looks, fame and family of his own, he writes "kill yourself" in his diary over and over. He says in an interview he’s happy and his new baby is important to him, yet he still goes ahead with suicide attempts.
Not an easy watch. It’s painful to watch at times. He led a sad life and even during his success was unhappy. While the doc does work on an emotional level to some extent, the editing of the diary entries is simply too fast and confusing. The filmmakers wanting to include so much detail at such a frenetic pace, that it unfortunately becomes sensory overload. A book of his drawings and writing would have appealed to me more, looking at it at my own pace.
Rating 7/10 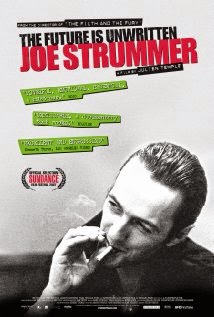 Joe Strummer: The Future Is Unwritten (2007) (documentary)
Covers his rise to fame and dark period after The Clash fell apart. Not much time is spent on the albums, though you do get under the skin of what drove him.
Rating 7/10 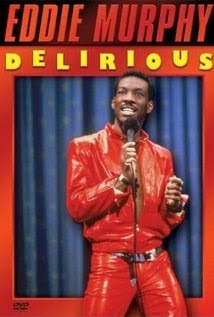 Eddie Murphy: Delirious (1983) (TV-special)
I wish I liked it more. Considered among the best stand-up comedy shows of the 80s. I found Eddie Murphy’s performance vulgar, both the contents and the foul language. His jokes barely raised a smile with me. The only time I laughed was the mention of the nameless dog and the shit turned into furniture, but it soon turned to a frown when the joke became about animal cruelty.
I don’t mind the guy, I enjoyed Beverly Hills Cop (1984) and Coming To America (1988), but I guess his stand-up style just isn’t for me.
Murphy is clearly aware his show is inappropriate and offensive, he admits at the end it’s dirty. The homosexual remarks are still controversial to this day.
The imitations of Michael Jackson, Stevie Wonder and the Good the Bad and the Ugly whistle are spot on, while some of the other references such as Ralph Kramden and Jimmy Walker felt dated.
Rating 6/10


Agree or disagree? Seen anything great during April? As always, comments are welcome