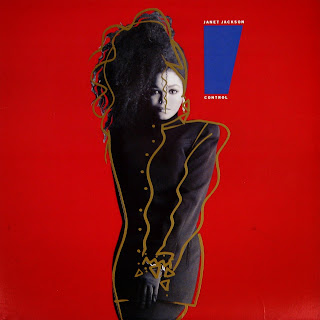 Janet Jackson's music and dance videos have always been compared to her siblings Michael and the Jackson 5, and some would say she was cashing in on the family name. It's a valid argument, but ultimately unfair, because she brought music to the world which is her own. While some of her dance moves were influenced by her brother, it's also worth mentioning that Michael was influenced by Janet.

She still put out good songs in the 2000s, but to me the albums weren't as strong. The scandalous 2004 Super Bowl "wardrobe malfunction" was blown out of proportion and really had nothing to do with her music. Unfortunately it may have had a negative impact on her career. Below is my top 10:

What Have You Done For Me Lately (from 1986's Control)

Agree or disagree? Which are your favorite Janet Jackson songs or albums? As always, comments are welcome.
Posted by Chris at Tuesday, May 05, 2015