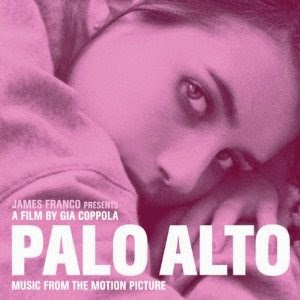 59.)
Blackbird by Noni
(Thanks Ruth at Flixchatter for telling me about Beyond The Lights soundtrack)

58.)
FIXURLIFEUP by Prince and 3rd Eye Girl
( From 2014’s PlectrumElectrum, you should also check out Whitecaps, thanks to Cristi B from The Sound and The Screen for the recommendation)

What Would You Do by Joan as Policewoman
(The single Holy City is the most upbeat song on the album, and perhaps the catchiest as well. What Would You Do is my favorite for the feeling it gives me)

56.)
The Riverbed by Owen Pallett
(Epic is the best way to describe the sound. From same album, I Am Not Afraid is also a notable song about such diverse things as giving up smoking, whether to have children, and salvation)

55.)
Last Words by Hospitality
(Not a great album, but I love that song and that beat)

54.)
Saturn Song by Beach House
(Drifting off into space...)

53.)
Hey Now (Tensnake Remix) by London Grammar
(For me, the remix is an improvement on the original)

52.)
Cherish by Ballet School
(A last minute addition from the album The Dew Lasts an Hour. A fantastic 80s throwback song, which I stumbled upon at Stereogum here. I'm also loving Heartbeat Overdrive(the shorter 3 min version from 2013 I prefer)
If you're wondering what got cut, it was Cosmo Black by Dynatron, from the soundtrack to COLD IN JULY)

51.)
It Takes A Lot To Know A Man by Damien Rice
(It’s quite gloomy, yet also thought-provoking about relationship issues. Was a toss-up between this or the track Colour Me In)

Agree or disagree? Have you listened to these albums? As always, comments are welcome. Tracks 50-26 coming soon!
Posted by Chris at Saturday, December 13, 2014