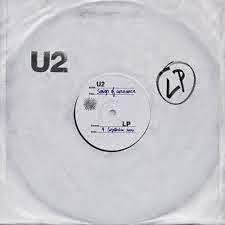 70.)
The Miracle (of Joey Ramone) by U2
(The single got stuck in my head, especially the intro. The second track Every Breaking Wave is good too, even if it is reminiscent of the U2 classic With Or Without You.
I found the rest of the album to be a forgettable and unemotional listen, which was unexpected, considering Bono said the lyrics are very personal. He explained in an interview on Graham Norton that all the new songs are first journeys: Going to London, going to LA, first love)

No Fate Awaits Me (feat. Faux Fix) by Son Lux
(The Disappearance of Eleanor Rigby Soundtrack)

68.)
Lonely Richard by Amen Dunes
(The singer has been described as a male Mazzy Star)

67.)
minipops 67[120.2][source field mix] by Aphex Twin
(I don’t usually listen to Aphex Twin so I’m not sure I understand how to listen to this type of music. I liked the single, the rest of album is a blur right now. I sort of treat it as background music even though it deserves better. An acquired taste)

66.)
Glass by Kasabian
(The spoken word last section of the song hit me in a "Trainspotting choose life" kind of way)

65.)
Love Never Felt So Good by Michael Jackson (feat. Justin Timberlake)
(The single, which is so upbeat, and just makes me happy. Among Jackson’s best posthumous tracks)

64.)
I Played a Role by El May
(An underrated singer. I previously enjoyed her self-titled 2010 album El May)

63.)
Time Forgot by Conor Oberst
(While he does sound like he is in pain, I like what he has to say)

62.)
My Silver Lining by First Aid Kit
(The single, I like the orchestral production, and probably the catchiest tune from album. On 2014's Stay Gold, the opening 3-4 tracks are the strongest for me)

61.)
Creation by The Pierces
(An uneven album, the second half of which is skippable. Believe In Me and Kings are the other memorable tracks)


Agree or disagree? Have you listened to these albums? As always, comments are welcome. Tracks 60-51 coming soon!
Posted by Chris at Tuesday, December 09, 2014