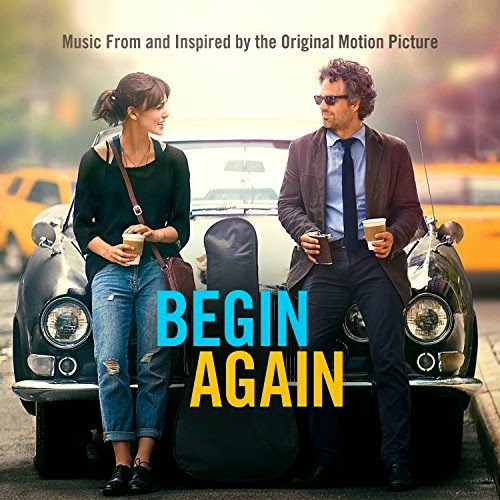 25.)
Lost Stars by Adam Levine (From Begin Again soundtrack)
(Still not seen the movie. I wouldn't be surprised if the song gets an Oscar nomination)

23.)
Sunsets by Aunts
(Reminds me of Joy Division. A dark low-fi gem, and you feel his pain. It's almost fitting that the lyrics end in confusion. Feels longer than it actually is. The band have released several EPs)

22.)
Dark Comedy Late Show by Open Mike Eagle
(Such an imaginative idea, which in a humorous way comments on news events in 2014. The year when I started listening to hip hop/rap music, having also played Kate Tempest's new album, and a few others)

Archie, Marry Me by Alvvays
(Not in love with the album, but a single that you remember)

20.)
Fancy (ft. Charli XCX) by Iggy Azalea
(A popular summer tune, that defined 2014. I like the chorus, the keyboard is unforgettable. The summer of 2014 also had the unavoidable Problem by Ariana Grande ft. Iggy Azalea

Every Girl by Allah Las
(I love the opening guitar riff. Worship the Sun is a throwback to the 1960s, and similar to what Temples did this year on their album Sun Structures)

17.)
Morning by Beck
(A soothing album to listen to on those morning journeys)

16.)
Sugah Daddy by D'Angelo & The Vanguard
(Black Messiah was a surprise release in December, he had not put out an album in 14 years. I can hear Prince in the music. Favorite lyric: "And I just wish that I could open her up, to this deeper place of love")

15.)
Meet The Foetus Oh The Joy (feat. Shirley Manson of Garbage and Emily Kokal of Warpaint) by Brody Dalle

14.)
Down in The Hole by Bruce Springsteen
War On Drugs pretty much made the best Springsteen album of the year, but The Boss did deliver with this powerful track)

12.) Rude by MAGIC!
(Bringing back reggae to the mainstream. With over 250 million youtube hits on the official video, an inescapable pop song of 2014)

6.)
Shake It Off by Taylor Swift
(Love it or hate it, arguably the best song of Swift's career thus far)

5.)
Coming of Age by Foster the People

3.)
Disappearing by The War On Drugs
(My favorite album of the year, tough to pick a favorite track as there are so many)

2.)
Seasons (Waiting on You) by Future Islands
(A Dream Of You and Me and Back in the Tall Grass are other highlights from the album)

1.)
Happy by Pharrell Williams
(Also listen to Marilyn Monroe. Pharrell’s new album is not as great as his work on 2013's Random Access Memories. Still, there are a number of catchy tunes, and Happy is probably the most iconic song of  2014. As a critic wrote: "it's a lot better than most crap on the pop radio nowadays")

Thanks for following my top 100! Agree or disagree? Have you listened to these albums? Did I miss any great music? As always, comments are welcome. Next, I'll share my favorite Christmas music. Stay tuned!
Posted by Chris at Sunday, December 21, 2014