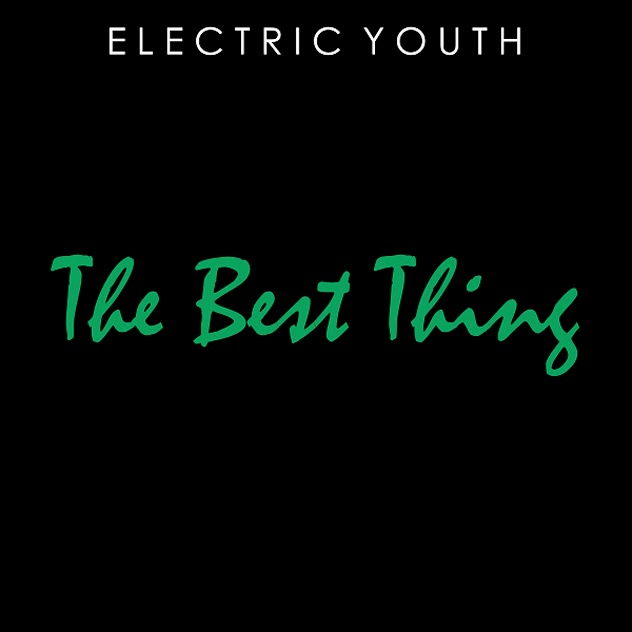 The Best Thing by Electric Youth
(From the group who brought us the amazing A Real Hero from Drive soundtrack. They finally put out their first full length album Innerworld, which is a collection of tracks from the last few years. Innocence and Runaway are other stand-outs)

48.)
Ascension by I Break Horses
(A dreamy song which can make you forget your problems)

47.)
Hope For The Future by Paul McCartney
(His best song in a long time. From the video game Destiny)

46.)
All of The People by Panama Wedding
(From the EP Parallel Play. A pop song that just works)

44.)
Perfect World by Broken Bells
(The first half of the album is impressive)

Summer by Calvin Harris
(To be honest, most of his songs sound the same. I think this is his best. A summer party anthem)

Pickles From The Jar by Courtney Barnett
(Fun lyrics, about being different to your partner, in various ways)

40.)
Fall in Love by Phantogram
(I'm still wondering how they created those weird sounds)

39.)
Just A Little Boy For Chester Burnett by Swans (Listen on spotify)
(A creepy 12 minute journey. The singer is like a grown man who is as scared as a baby. Perhaps he is remembering ugly experiences from his life. The most haunting moment perhaps is when he sings "I need love" which is followed by laughter)

38.)
Boom Clap by Charli XCX
(From The Fault In Our Stars soundtrack)

37.)
Jealous (I ain’t with it) by Chromeo
(The keeper from the album, the other tracks just lack that special something)

Always in My Head by Coldplay
(The opener on the album, and the only track that continues to haunt me. If only the song was slightly longer.
The singles Magic, Midnight, True Love, and A Sky Full of Stars are decent, just a bit too repetitive, so I grew tired of them quickly)

35.)
Head Underwater by Jenny Lewis (Listen on spotify)
(With a title like that you would expect a suicidal song. Instead it’s very optimistic celebrating that we all have magic inside us)

34.)
I Can't Live Without My Mother's Love by Sun Kil Moon
(A song most people can relate to)

33.)
High Ball Stepper by Jack White
(His new album has really grown on me. Would You Fight For My Love? is the other track I love.
Favorite lyric: ”But I can't kiss you 'til you lift up your chin. You have to want to stop being alone”)

32.)
Turn Blue by The Black Keys
("I got to stay on track just like Pops told me to". Fever is another great track from the album)

31.)
Nevermind by Leonard Cohen
(A catchy tune, and the Arabic sections are a nice touch. The lyrics are the usual mix of personal and fiction. Almost Like The Blues is the single, and quite haunting. The album may grow on me over time, at the moment I think it's good but not great)

30.)
World Peace is None of your Business by Morrissey
Istanbul is the other stand-out for me. His vocal seems different now compared to The Smiths)

29.)
Passing Out Pieces by Mac DeMarco
(Other highlights from the album are Salad Days and Chamber of Reflection. The album is addictive, and at only 30 minutes, a quick listen. Apparently his previous output is supposed to be just as good or even better, so I'll be seeking that out )

28.)
The One That Lives Too Far by John Fullbright
(The lyrics are the main reason why he’s placed in the top 100. Here are a few examples from the album:
”Maybe it’s the wind blowing us together, maybe it’s the world blowing me away”
"Some folks make something out of nothing, some people have to cry too long. While others wait beside the window, wondering why the wind would blow so strong”
"I’ll admit I’m feeling cold and naked, just like I’m standing in the rain, with nothing left out here to hide behind, and I wonder if you feel the same")

27.)
Iron Sky by Paolo Nutini
(An epic song that still gives me goose bumps. Features a sample from Charlie Chaplin's speech in his Hitler–lampooning 1940s film, The Great Dictator ("You are not machines! You are not cattle!").
Fashion (feat. Janelle Monae) is also a great track from the album)

26.)
Heal by Strand of Oaks (Listen on spotify)
(Woke Up To The Light is the other stand-out for me. Half the songs on the album Heal are above average. So it’s half a great album.
In a way, a companion to The War on Drugs album this year, with a similar, less polished, production)


Agree or disagree? Have you listened to these albums? As always, comments are welcome. Tracks 1-25 coming soon!