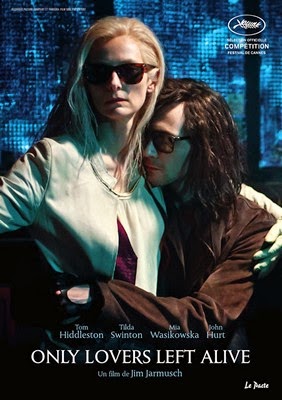 Soon it will be Halloween, so it's time to watch horror. I watched a few of these earlier in the year. Have been saving the reviews for October. Lets get to it!

Only Lovers Left Alive (2013)
Arthouse horror from Jim Jarmusch. Has a refreshing approach to the vampire story, and I like that it wasn’t about killing, which these types of horror films so often are.
Touches on themes such as vampires in love for centuries, being dependent on blood controls your life like a drug, and that the vampire lifestyle doesn’t have to be harmful to others. How you can learn a lot and have a ton of experience from staying alive for so long. In her suitcase is the huge book Infinite Jest, and she reads Les Anglais au pôle Nord by Jules Verne. Asks, what would you do, if you lived forever? Also about how a famous figure from the past (John Hurt character) could influence the present. The ice lolly scene was a fun idea. To my knowledge the wooden bullet was never used?
Does have an atmospheric soundtrack, which gives it its own mood. Funnel of Love was my favorite.
I liked how full of ideas it was, and it did seem unique. But I had problems with the storytelling and slow pacing. In many scenes they talk rather than do. They just sit or stand around. Speaking about the past, not letting us see what happened.
Hardly anything happens, I would call it a situation, rather than a story. I found it dull. A pity, because there was huge potential in those script ideas. I think the story is better suited for a book, because I sense it’s more about an inner struggle than an outer experience.
Jim Jarmusch interview about the film in March issue of Sight & Sound magazine was actually more fascinating than the movie. Could have been a classic, and somehow didn’t quite get there.
Rating 6.5/10 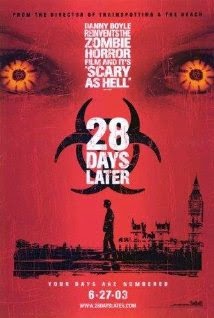 28 Days Later (2002)
Rewatch. I liked it more on second viewing. The opening 15-20 minutes of 28 Days later (in London) are what you remember. The rest of the movie is pretty good too. The "fast zombie" thing was something new. About what happens when society crumbles.
The soundtrack is quite haunting, especially In The House, In A Heartbeat by John Murphy
Rating 7.5/10 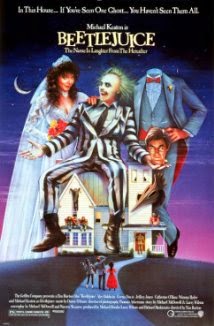 Beetlejuice (1988)
Over the top horror comedy, directed by Tim Burton. I would say it’s suitable for the younger audience, despite the 15 age certificate. The film has a fine Danny Elfman score, and I like the original idea of ghosts learning the ropes. The sets and sfx are imaginative, yet isn’t really funny. There are contrived moments, on 2-3 occasions a character needs to know something and another character happens to be there to give the information. The finale is confusing, how are the couple cured from the séance? I guess when dealing with a fantasy world, there’s a certain creative freedom, anything is possible, so you just have to go with it as an audience.
Rating 6/10 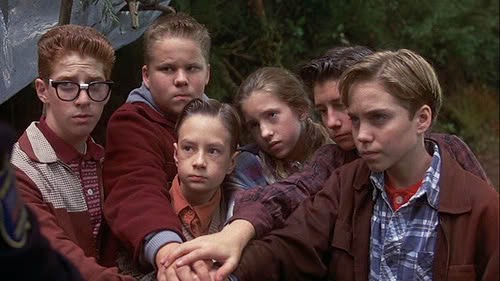 It (1990)
Rewatch. Stephen King mini-series. Not as good as I remember. We see the characters both as adults and children. The first half when they are children I still think is the best part. The adults are hard to take seriously during the reunion in second half, and it drags a bit, maybe the acting is just poor. Pennywise (the clown played by Tim Curry) scared me as a kid, now he doesn’t. He gives a good performance. However the scares are quite lazy with repetitive confrontations with the clown.
Rating 7/10 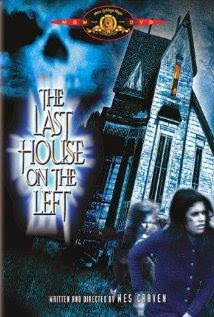 Last House On The Left (1972)
Wes Craven’s first feature. Still scary despite made in early 70s. Kubrick’s Clockwork Orange was probably an influence. The dentist dream is terrifying. Only issue I have is the soundtrack doesn’t feel right for a horror film. Better than expected, Wes Craven made a great little movie on a limited budget.
Rating 8/10 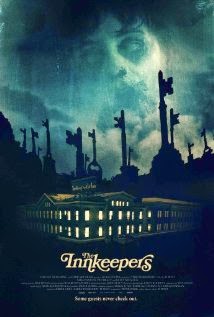 The Innkeepers (2011)
I wasn’t scared by it at all, but it has atmosphere, likeable characters, and I wanted to see it through to find out about the mystery. Kind of a contemporary The Shining, as it’s set in a hotel. I'm surprised that it has such a low score on IMDb, as it really is quite good.
Rating 7/10

Irreversible (2002)
I’m including it as horror, because of the disturbing nature of the film.
Told in a somewhat confusing, yet involving non-chronological order. The violence is quite extreme at times.
Why Monica Bellucci wanted to star in that transgressive rape scene is unfathomable, I guess someone had to play that role. You won’t be in a hurry to go in the subway after watching. An ugly, yet unforgettable film.
Rating 8/10 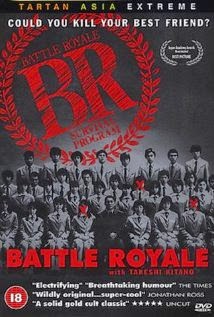 Battle Royale (2000)
Debatable whether it can be labeled horror, you could call it a hybrid of drama, action, thriller and horror. I can appreciate that it’s an original idea(a precursor to Hunger Games) but in terms of personal preference I just don’t like to watch all that killing. Pretty gruesome to have your head chopped off, and then use the head as a grenade to kill again.
Favorite quote: Teacher: “Now you can’t even get angry when a student stabs you!”
Rating 7/10


Have you seen any of these films? Agree or disagree? Which horror will you be watching this month?