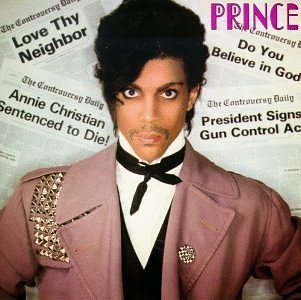 21  Do Me Baby (or listen here) (From 1981’s Controversy)
(The song has grown on me with repeats plays. Which is better, the long album version or shorter single version? The live or studio edit? I haven’t decided)

(I can listen to Mountains on repeat. Interestingly, Under The Cherry Moon was the first role in a movie for a young Kristin Scott Thomas. A movie I haven’t seen)

(Just all around great dance pop)

(A slow ballad, which can stir the emotions. Too bad I couldn’t locate the full song)

(The quality of B-sides during the Purple Rain era is very high. 17 Days appeared on the flipside of his most successful single "When Doves Cry" (1984)

(Just immediately draws me in. I like to think it's about valuing the free things in life such as the soul, although the lyrics could also be about reckless spending)

29  Cream (From 1991’s Diamonds and Pearls)
(With a killer opening, the track really needed a flashy music video. Which it delivers)

Be sure to stop by next time for tracks 20-11 as I continue the countdown to #1! Which are your favorites from these Prince albums? As always, comments are welcome.