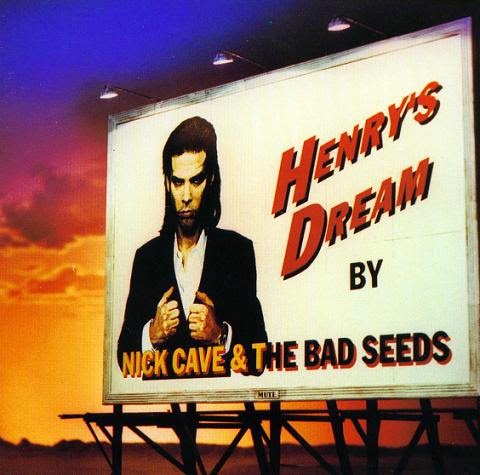 Album: Henry’s Dream (1992)
The album is considered by some to have a vague "concept", i.e. song narratives overlapping and/or sharing characters. On first listen I'm not as passionate about the record as his fans seem to be. A few of the songs are just too intense for my taste, though I have a feeling the album will grow on me over time.

Favorite tracks:
I had a Dream, Joe
Straight To You
Papa Won't Leave You, Henry

Favorite lyrics:
Well, the moon it looked exhausted
Like something you should pity
Spent an age-spotted
Above the sizzling wires of the city
Well, it reminded me of her face
Her bleached and hungry eyes 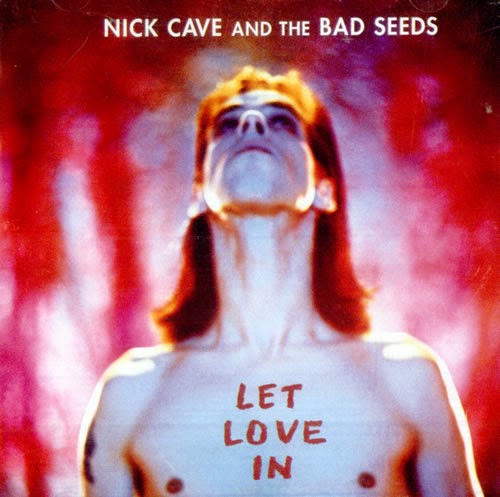 
Favorite tracks:
Red Right Hand  (Subsequently included on the X-Files compilation Songs in the Key of X (1996). A remix was used on Scream 2 soundtrack)

Favorite lyrics, from I Let Love In:
“Despair and Deception, Love's ugly little twins
Came a-knocking on my door, I let them in
Darling, you're the punishment for all of my former sins” 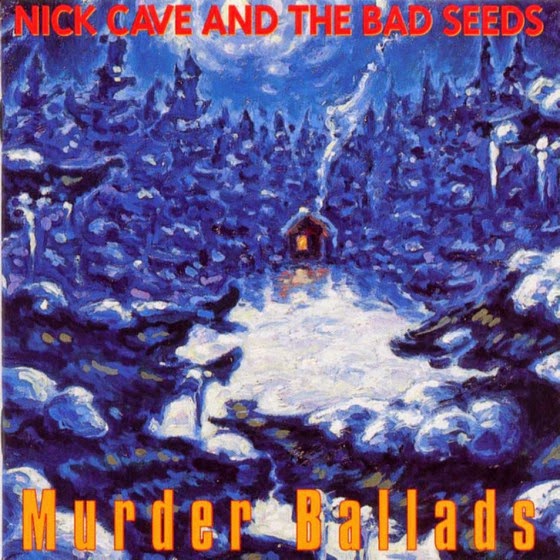 Album: Murder Ballads (1996)
As its title suggests, the album consists of new and traditional murder ballads, a genre of songs that relays the details (and often consequences) of crimes of passion. "Where the Wild Roses Grow," a duet featuring Cave singing with Kylie Minogue, was a hit single and received two ARIA Awards in 1996. Murder Ballads was the band's biggest commercial success to date, most likely helped by the unexpected repeated airplay of the "Where the Wild Roses Grow" video on MTV. MTV even nominated Cave for their "best male artist" award of that year, though this nomination was later withdrawn at Cave's request. Entertainment Weekly rated the album an A and warned it was "Not for the squeamish, this is the rare pop record that resonates with the weight of the ages,"

Thoughts: Stagger Lee could be some of the most vulgar lyrics of his career. I love 2-3 songs from the album(see below), but overall I find the LP a bit impersonal and disconnected from reality. Granted the tribute to old-fashioned storytelling was the concept, and Nick Cave’s lyrics are well-written, but I don’t feel much about it, and I wouldn't listen to the album often. For me, slightly repetitive that all the songs are about death and murderers. Perhaps as with Henry's Dream (1992) repeat listens will win me over.
Fun trivia: The death count on the entire album comes to 65, or a mean average (rounding) of 6.5 deaths per song.


Favorite lyrics:
“And I've been known to be quite handsome. In a certain angle and in a certain light”

Any thoughts on the music? Have you listened to Nick Cave and The Bad Seeds? Or are you new to the band as I am? As always, comments are welcome. Part 4 of 5 coming soon.

Email ThisBlogThis!Share to TwitterShare to FacebookShare to Pinterest
Labels: Nick Cave and The Bad Seeds