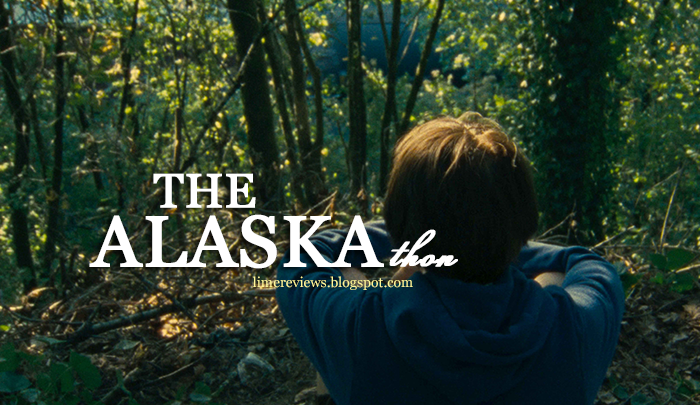 This post is written to coincide with the Alaska-thon hosted by Lime Reviews and Strawberry Confessions.
Kelly Reichardt’s films are slow, moving at the pace of real life, and may not appeal to those wanting fast-paced storytelling. The director could probably be described as an auteur, since her films have a particular style. Wendy (played by Michelle Williams) is a young woman in a precarious situation who travels with her dog Lucy, we follow them for a few days. If you read the premise, it wouldn’t sound that interesting. Wendy’s background is fairly vague. She has family she calls on the phone who seem a bit indifferent towards her movements. We don’t know the full facts, though it is hinted at that it’s her sister and husband. 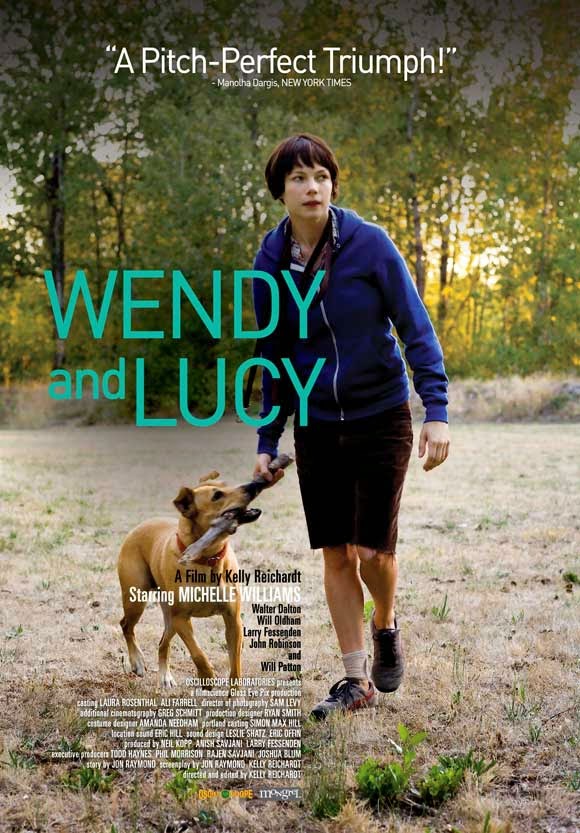 Some will say there's just not quite enough here for 80s minutes, I disagree. Michelle Williams’ performance captures a desperation and solitariness, which few films are able to realistically depict. We see authentic, minimalistic situations, nothing flashy, of someone struggling to get by with very little money. There’s a careful restraint to the dialogue, Wendy is a pensive character who spends a lot of time on her own, yet there’s a feeling she wants to reach out to those around her. You sense there’s turmoil in her life, most of which is not revealed to us. I would describe it as contemplative cinema, keeps you guessing as to the reason for her trip. Why is she by herself, living in a car, and wanting to go to Alaska. Is she running away from something? Perhaps she is tired of city life and wants to see another part of the United States. Perhaps she is comfortable just being on her own and prefers to be left alone with her dog. Perhaps she wants a fresh start. Perhaps her struggles are a character builder in the long run. All these questions and more went through my head while watching. Wendy is a multilayered complex person, just like real people are. If you connect with the movie, she is a character that gets under your skin and is easy to have compassion for, even though she makes questionable decisions. There’s something timeless and old-fashioned about the story. 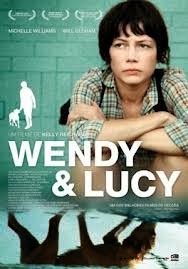 Based on the short story Train Choir by Jon Raymond. An interpretation of the film is how difficult it can be to find a foothold in society, if you don’t have a support system, don’t have a job, don’t have money. In a broader sense, you could say the film is a political critique of the circumstances for a number of homeless Americans, and a reminder that these people are out there, and need help. The film brilliantly portrays how homeless people stubbornly attempt to get by, their troubles are not always noticeable, because they keep to themselves, nor is it easy to know if someone wants a helping hand, if they’re fiercely independent.
Has been compared to Vittorio De Sica's Italian neo-realist classic Umberto D (1952), which also revealed societal ills through a poignant dog-owner relationship. Wendy and Lucy was placed at 87 on Slant Magazine's best films of the 2000s.

Thanks for reading. Have you watched Wendy and Lucy? What did you think? Agree or disagree? As always, comments are welcome. Be sure to participate in the Alaska-thon yourself hosted by Lime Reviews and Strawberry Confessions