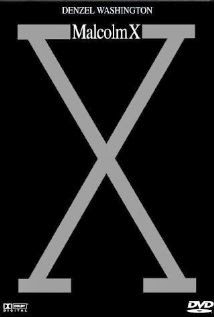 I went in knowing next to nothing about the man Malcolm X (1925–1965). Based on Alex Haley's and Malcolm X's "The Autobiography of Malcolm X" (1965), what we get is a period film about the ups and downs of his life. A history lesson about key moments that shaped his character.
In fact director Spike Lee urged kids to cut school to see his movie, believing that "X" provides just as much (or more) education.
The name 'Malcolm X' was a rejection of the 'Little' surname (given his family by white slave owners). The X representing the unknown name of his African ancestors and their culture that had been lost during slavery.
To his admirers "X" was a courageous advocate for the rights of blacks, a man who indicted white America in the harshest terms for its crimes against black Americans; detractors accused him of preaching racism and violence.

The film had me from the first frame, when we listen to "X" talk about injustice with the American flag burning up in the background.
Great performance by Denzel Washington, when you watch archive clips of the real Malcolm X, you realize how spot on especially Washington's voice is. Also great direction by Spike Lee, a truly epic film, and despite its over 3 hours long, I was never bored. 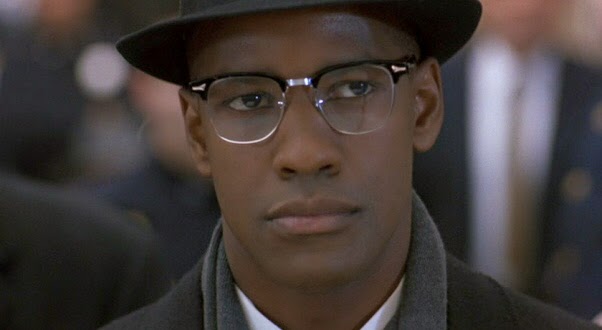 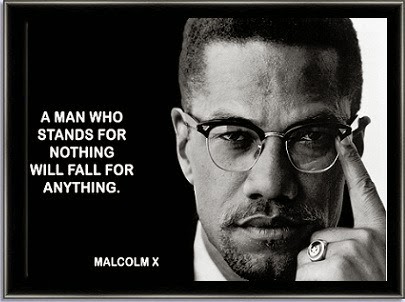 The only minor complaint is the music that plays over the dialogue scenes, so it can be hard to hear every word. Even though I disagree with "X's"  religious beliefs and thoughts on the separation of the black and whites, it’s still an entertaining and enlightening film. A complex and flawed man, who kept changing, which makes it tough to pin him down. I'd admit it's human to keep evolving as a person, so I don't see anything wrong with his transformation. In a way brave to change and have the courage to see things differently, especially as others could doubt him in those moments. You could argue his story is about living a full life by being open to change. How that attitude is inspirational and a learning curve, yet can also cause self-doubt and conflict.
Perhaps Malcolm X's message was too vague anf controversial for him to achieve the global respect that Martin Luther King and Nelson Mandela both did, their non-violent and anti-apartheid positions are far easier to fathom. In the case of Malcolm X, you have to research to comprehend where he stands, and the film is a good place to start. You really ought to watch Spike Lee's movie several times, since there's plenty to digest on first viewing, both history and cinematic flourishes. I'm tempted to watch the 1972 documentary narrated by James Earl Jones, to learn even more.

Nominated for 2 Oscars. Denzel Washington for Best Actor in a Leading Role, and Best Costume Design.
The original director was going to be Norman Jewison. He withdrew due to outside pressure demanding a black film-maker.
Malcolm X (1992) was the first non-documentary film that was given permission to film in Mecca. The film's 2nd unit filmed all the scenes at Mecca. Spike Lee did not accompany them because he is not a Muslim; only Muslims are allowed to enter Mecca.

Agree or disagree? Have you seen Malcolm X or other Spike Lee films? Are you a fan of his style?
Posted by Chris at Saturday, June 21, 2014